Solace in a Cup of Tea

Solace in a Cup of Tea

The confessional tone of many contributions to the Global Tea Hut monthly newsletter has led me to believe I already know some of you personally, though we are all spread out across the globe. Is there something in the nature of tea itself that lends itself to confessional storytelling? Or is this impulse brought about by the fact that we are sharing an intimate ritual, yet have never seen each other's faces, so we compensate by baring ourselves to each other verbally? Thus, as we sip from our cups of tea, each of us in our own corner of the world, we can better imagine the Others. Inspired by your stories, I find it time to come out and bare myself, share my own story with those of you sitting in this circle of tea who are willing to listen. 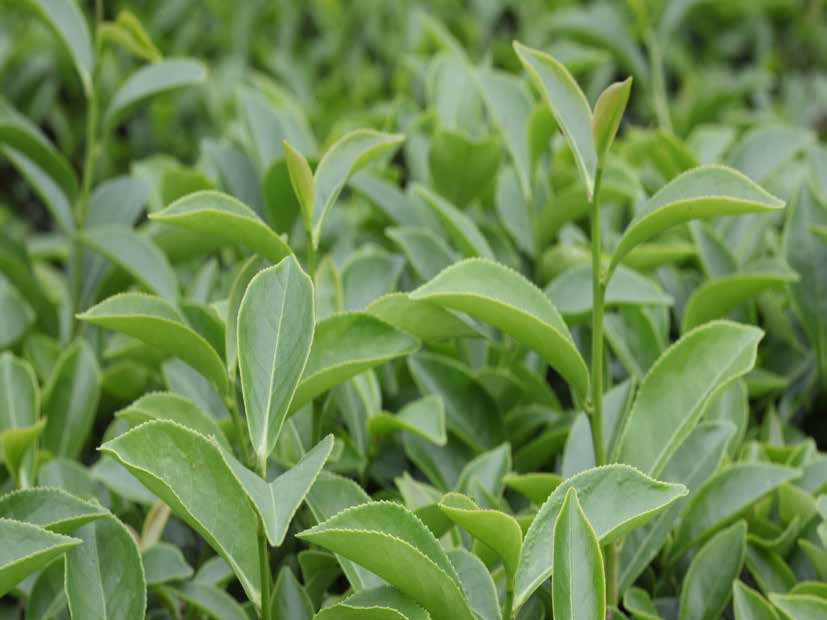 Humans differ from animals due to two vital activities, as author Michael Ruhlman recently stated: "We use fire to cook our food, and we use language to tell stories." The ritual of preparing, serving and drinking tea fits well into this distinction and perhaps even intensifies our human qualities by linking us to a millenary tradition. Much like cooking, tea brings together natural elements: water, plants, fire - and human intervention - utensils or teaware, and preparation skill. Moreover, the pause in our daily hustle-and-bustle that tea calls for, both when shared and sipped on one's own, activates reflection, recollection, removal from the, at times, overwhelming experience unfolding beyond our tea table.

The perspective granted by the ritual of tea can be a gift, as it allows us to gather together pieces of our broken selves. When things fall apart, the grounding nature of tea can help us through, by simply anchoring us to the here-and-now, away from the foreboding anxieties of pain and distress. Tea grounds us as it connects us to immediate sensory experience, and facilitates a moment of repose, which, sometimes unassumingly, expands from a physical state to a more tranquil mode of being. 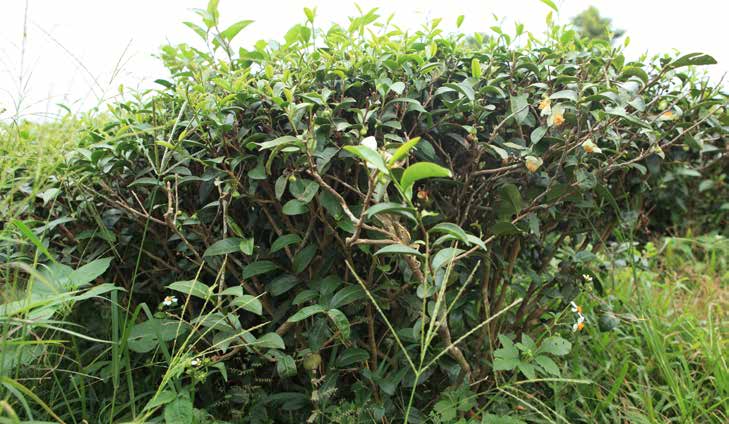 Though I have been a tea-drinker for a long time, always preferring it to coffee, my deep devotion to tea, and especially to tea as solace, is relatively recent, and is ironically marked by a family tragedy. In December 2011, my sister in Buenos Aires suffered a massive brain hemorrhage as the extremely unfortunate result of a medical intervention with a 2% risk. She spent most of two months in a coma. She is my only sister, twenty months younger, and though our lives took different courses in different places, she is one of the closest people to me in the world. Ten months later, as I write, she is still in the hospital, thousands of miles away, very gradually recovering, but with severe after-effects: she can barely move the left side of her body, and she has no short-term memory. The account still sounds somewhat anecdotal and unreal, even now as I sit here, sequencing the words on the page in front of me.

Back home in Barcelona in early 2012, after spending some time in Buenos Aires, struggling to make it through unfathomable pain at a distance, I found myself getting up out of bed earlier and earlier each morning, before dawn, to sit for a while in silence with just the sounds of my tea, before my family woke up and I was forced to find the strength to reassume my role of mother, wife, teacher. One day I realized that the tea was offering me some comfort, through the opportunity to let go of my story, to just sit and be. The direct immediacy of tea's stimuli on my senses, along with its permissive nature, allowing me to not have to do, be, remember, think or speak of anything else in that moment, had me eagerly coming back for more. 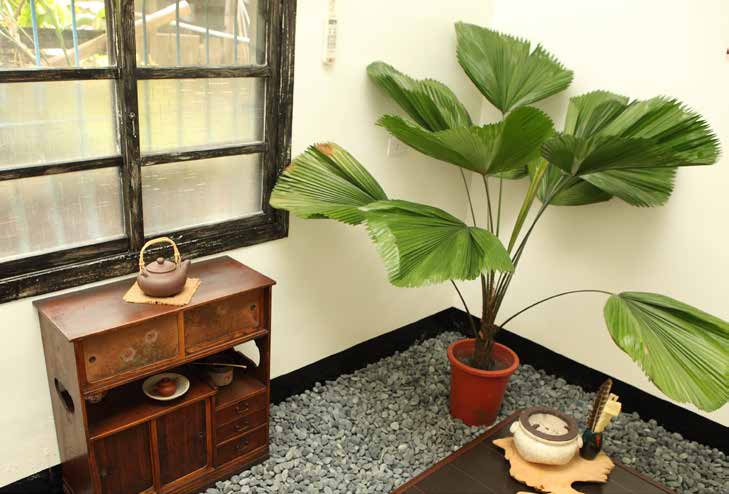 Until recently, I had woken up each and every morning for five years to a long, strenuous Ashtanga yoga practice. For years this practice was my anchor, something secure I could rely on to accompany me every day, no matter where or how I was. But in this new state and situation, I found myself gradually and even at first unwillingly needing to soften my regular practice. At first, I would rise long before dawn to allow myself time for a session of sitting meditation followed by tea before the yoga. Somehow the repose and respite offered by the stillness, as opposed to the vigor of a practice that took more energy from me than I had to offer, seemed more fitting to the situation.

It took a while to accept this change in what had so long been a daily ritual for me; perhaps only now, as I put it down on paper, can I grasp that big changes in our lives require changes in even our most rooted practices. This is easy to observe in our habits on a small scale: we are often naturally inclined to drink more green tea and eat more fresh fruits and vegetables in the warmer months, whereas when the weather starts to change we crave more warming teas, such as Puerh or Oolong, and slowly-cooked meals. The seasons demand changes in our body's requirements, functions and demands. So taking on the enormous challenge of accepting a life with a loved one's health in serious danger meant, for me, learning to listen to the possibilities and requests my body, mind and spirit now set upon me. Though for a while I struggled to maintain the physical activity I was accustomed to, a morning session of silence and stillness with tea and meditation began to take shape, almost in spite of myself, as the way to make it through harrowing moments, one sip at a time.

I arrived in Buenos Aires on December 17, three days before everything changed. As a holiday gift for Melanie I brought along a ceramic kyusu and two small porcelain teacups, some Genmaicha tea (which she loved), and one of my favorite cookbooks. As this was the first time in many years that I was traveling without my children, we were looking forward to some quality time alone together, time we really hadn't had a lot of in the 14 years we'd been living on separate sides of the globe. We had made plans to share that time cooking, drinking tea, chatting leisurely. Obviously, those plans didn't come through for us, and the teapot and cups sat for months in her empty apartment, unused and gathering dust. I returned to my family in Barcelona in January not knowing how I could bear the pain of my sister's agony, and living it from so far away.

But tea as solace throughout the past year has not been merely a solitary endeavor; in recent months I was finally able to share it with my sister. As soon as the school year ended in early July, I took my family to Buenos Aires for the entire summer (winter there). By then Melanie was well enough to take part in the tea-half of our projects, so one of the first things I did was pack up the teapot and cups from her apartment and, carefully wrapped, place them, together with two types of Japanese green tea, in the small nightstand next to her hospital bed with the very few possessions she has there (mostly toiletries, such as the red lipstick she asks for whenever someone comes to visit).

During the seven weeks I spent in Buenos Aires, we developed our own daily tea ritual: after our mother left, and as soon as Melanie's lunch tray was taken away, I made some tea for us with hot water from the dispenser in the third floor hallway. Some days, when I offered, she may have said she didn't care for it, but I prepared it anyway. The moment she took her first sip never, not once, failed to arouse a timid sigh of pleasure. She thanked me for the tea, every day. Sometimes, I brought along a treat to nibble on: dark chocolate, some pastries or dried fruit. We deliberated on which snack paired best with each tea. These simple pleasures are the only ones she has now, and she reveled in them every time. 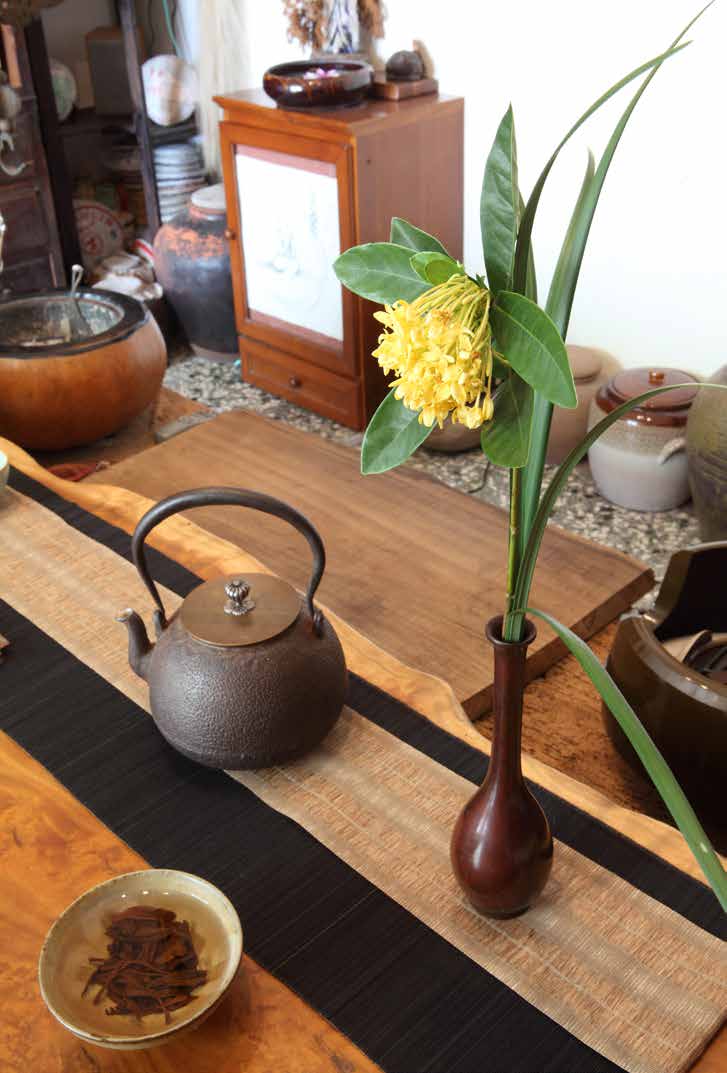 Tea, as Okakura Kakuzô reminds us in the classic Book of Tea, shows that well-being lies in simplicity rather than complexity. Confronted with the complexities of her rebirth in this new state, my sister highly valued these shared, stolen moments of simplicity, in which everything else could be put on hold, and well-being was limited to the steamy goodness of a sip of roasted Bancha. When I wheeled her down to the hospital gym for her afternoon rehabilitation session, I parted until the next day in hopes that the calm, alert state tea helps us attain might stay with her during the session, aiding her to work towards regaining her physical and mental functions.

The nurses giggled at our ritual, not used to seeing their patients drink tea other than the one served in the hospital for afternoon snack (plain "black" tea from a teabag with lots of milk and sugar). They also admired the teaware, implicitly acknowledging how nice it was for my sister to enjoy some beauty in the midst of the stagnant, aseptic hospital surroundings. Melanie has always had a strong appreciation for aesthetics, and there was so little beauty in this place. Bringing her beauty in the shape of a teapot from the outside world nourished her spirit as well.

After two months in Buenos Aires, in late August I crossed the Atlantic once again towards Barcelona to begin the school year. I sip my tea in the mornings on my own again, and wonder whether anyone has used the teapot and cups with Melanie since I left. I hope so.