They say there was to be a sermon on Vulture Peak, but the Buddha only raised a single blossom and held it poised in his fingers. And thus, as Mahakashyapa understood, Zen was established. There is a metaphysical distinction between the "Buddhist" tradition and this mind-to-mind transmission of wisdom, which came to be known as "Chan" in China and "Zen" in Japan, after the Southern-Chinese pronunciation. Despite this division, the ineffable, living Zen is not necessarily mutually exclusive with the tradition of Buddhist ideals and philosophy that shares its name. Many masters have found their wisdom wearing monastic robes, and chosen to keep them on afterwards as a way of exemplifying ideals and sharing their understanding with others. But unlike the teachers of some spiritual traditions, Zen masters have always been extremely aware of the limitations within their own, or any other, tradition - as if to say: "Zen isn't in the robes, bowls, rituals or even sacred scriptures. Don't look for it here. And yet, if you look carefully, all this somehow points to it." Meditation is Zen and in many ways it is the essence of Tea as well, which the Zen masters viewed as one of the essential mindfulness practices. Holding regular small retreats is a part of a Zen and Tea life!
In last year's February magazine we featured an article on a tea and meditation self-course. We covered everything necessary to organize and carry out a self-guided tea and meditation retreat from one to ten days, favoring a longer retreat if possible. Of course, the more days you have to dedicate to focused tea and meditation sessions, the better. This is why it is often recommended to participate in longer retreats annually. However, we understand that it's not always possible to do this. In fact, the very notion of organizing a meditation retreat of more than one day can be intimidating. There are quite a few logistics that go into planning a successful retreat. Organizing meals, codes of conduct, cooking and cleaning periods, inventory management, and designated tea and meditation spaces are all very important factors to consider. But if the consideration of them is used as an excuse to not go through with the retreat at all, then what other options do we have? In general, there is always time for meditation. If you have time to breathe, you have time to meditate. However, it is easier to intellectually accept that there is time for a half-day retreat as opposed to a ten-day, for example. That's why we've outlined a simple half-day tea and meditation retreat for you try, regardless of how busy you find ourselves. 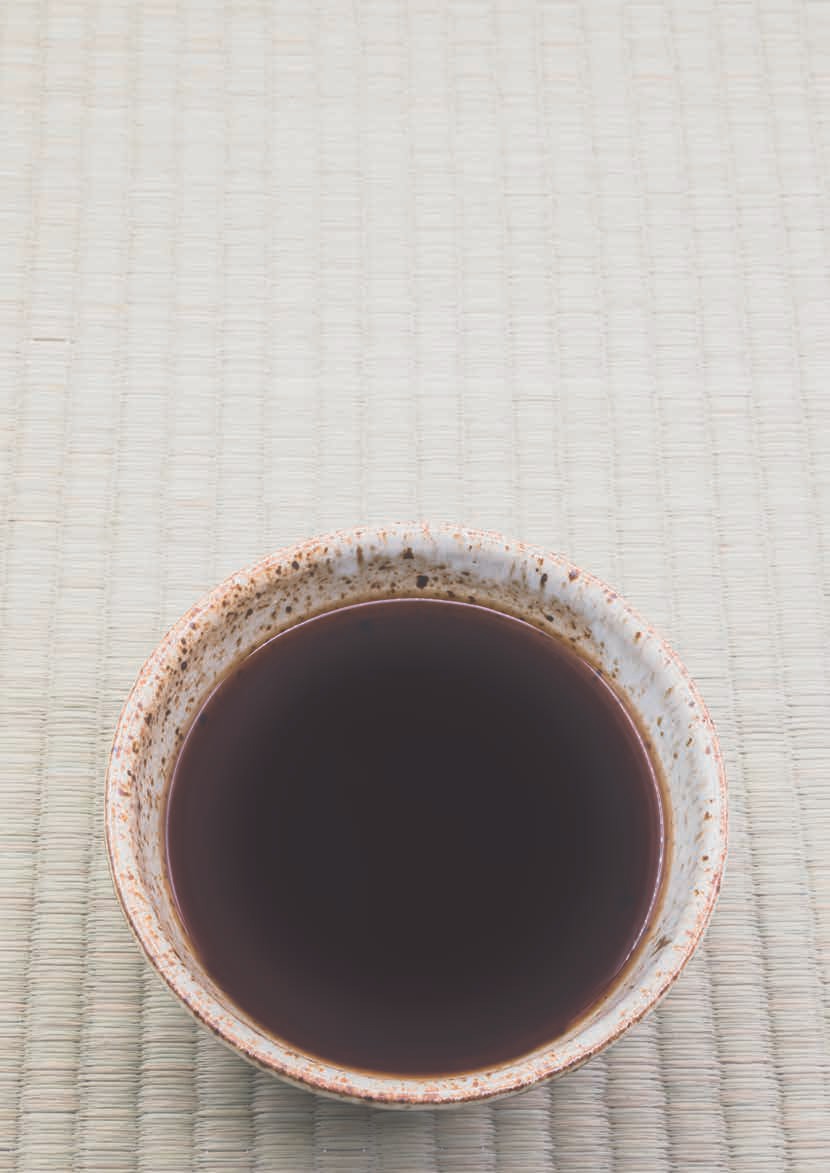 Wu De often quotes an old Buddhist slogan: "Making space for meditation is the primary meditation." This is a powerful statement. It reveals that the very act of creating time and space for meditation is the most important step in our self-cultivation. It is, in fact, more important than choosing a technique or learning the intricacies of that technique over time. For if one does not have the time and space to meditate, it doesn't really matter what technique one chooses or how to navigate that path.

Meditation is a state of mind, not a particular posture, mantra, or action. But for the sake of this discussion, let us very generally define it to mean taking a seated posture and working with the breath in the present moment. That process, then, is actually secondary to sitting down - committing time and space and planning a meditation schedule. It's easy to imagine that if we don't take time to plan, then we don't meditate at all or at least not with any consistency. But for some reason, what's not easy to understand is just how important that first step of planning is. It gets put off because it's not considered primary. We focus too much effort on reading books about cultivation, philosophizing and planning, and not enough time and energy on the practice itself.

Perhaps you've always wondered why it's so easy to meditate daily in a retreat setting or in an intentional community and why it's so difficult to carry that practice home with you. Once the post-retreat momentum slows down and our old habits kick back in, it is very easy to go from daily meditation to weekly, then monthly, and before we know it, it's completely lost in our daily distractions of work, life, relationships, entertainment, etc. Yet, amongst all these distractions, it is easy to imagine committing to a half-day retreat. It's only half a day, after all. Because that idea is easier to accept, it is, therefore, a good place to start our primary meditation. The idea of a half-day retreat itself is therefore part of the meditation practice.

I wouldn't suggest substituting a longer meditation retreat for a short, half-day one like this just because of a busy schedule. I would suggest strongly considering this half-day style retreat as opposed to not doing a retreat at all. I'm not trying to offer you an easy way out, but a simple alternative retreat that can be exercised virtually anywhere and anytime.

Now with the understanding of creating the time and space as the primary meditation, it's easy to understand what it means when we say, "plans are meaningless yet planning is everything!" The plans are meaningless because you never know what's going to happen and your entire retreat might be undermined by an unexpected visit from a relative or some other unknown factor. But the very act of planning is primary, which is why it is everything. If you plan the retreat, the likelihood of its happening is high, even though it might not go as planned. If you don't plan the retreat, the likelihood of its happening is next to nothing, even if circumstances are in your favor!

So what is there to plan for? That's what makes a half-day retreat so appealing; there's not too much to plan for. Only so much can happen in the first half of a day. While you could conduct the retreat in the second half of the day, I'm going to suggest the first half because it will be an excellent example of "being before doing," which is often in stark contrast to our normal daily routine of waking up and getting to work before our eyes are fully open, let alone our mind.

Essentially, the half-day retreat will consist of waking up early, meditating, drinking tea, and eating a couple of simple meals. Normally, I would stress the importance of ending a retreat carefully because re-entering our daily routine after long periods of stillness and silence can be quite shocking. However, in the case of a half-day retreat, the transition back into our normal routine should be much easier.

Without going into too much detail, I want to offer you the bare minimum information to do a half-day retreat. You are going to learn more by just initiating the retreat than by reading a lengthy article covering all the details. Because the retreat is so short, it will be easy to replicate and alter based on your experience.

Here's a simple checklist of things to consider for your half-day tea and meditation retreat.

Remember the affirmation, "This is my practice." During such a short retreat, if you focus on this mantra, it will greatly benefit your mindset towards whatever falls between tea and meditation sessions, be it cleaning, feeding your pets, watering the plants, or whatever task that unexpectedly calls your attention. Be flexible and understanding if things do not go according to plan. Perhaps just as important as actually doing the half-day retreat is understanding the concept of the primary meditation as mentioned above. Though it may be much easier in the beginning to create time and space for a half-day retreat, it is this skill of creating that will lead to a willingness to plan more or longer retreats. And that will lead to a greater likelihood of actually doing more retreats. May you all find time and space enough to plan and carry out a half-day tea and meditation retreat and further hone and exercise that creative skill in other facets of your life.

Because there are only two meals, plan and prep them as much as possible so you can focus your time on tea and meditation. However, also treat these meals as part of your practice. Eat slowly, reverently and gratefully. If there is someone willing to prepare these meals during your retreat, then that is ideal. Keep them light and vegetarian to aid in your tea and meditation practice.

Set aside space for tea and meditation. It might be a multi-functional space or two separate spaces. Work with what you've got and keep the space clean. Make sure you have everything you need for tea and meditation, like meditation cushions, a timer, teaware, tea, water, etc. I would suggest simple brewing methods such as leaves in a bowl and sidehandle bowl tea. Just a few leaves in a bowl are enough for the first tea session, especially because it's so early in the morning and precedes breakfast. The meditation practice is, of course, up to you.

Practice noble silence as soon as you wake up. This means silence of body, speech and mind. Absolutely avoid all forms of sensory stimulation like cell phones, computers, books, notebooks, music, etc. This is a very short time to be present, introspective, and disconnected from the world. Take advantage of this short and temporary ordination.

Here is a very simple time line for a halfday tea and meditation retreat. It can be tailored to suit your needs, but this is a basic guideline to work with. Remember, the schedule is an ally not an enemy!