What is Living Tea?

What is Living Tea?

There is so much magic in Puerh tea: Its roots twist down to the bones of the earth, reaching through rock and crag for deep waters, mountain-spring waters. And its crown slowly dances around and upward, stretching for the stars and the old dialogues it has with the forces above, out there. From the great to the small, its every cell is in harmony with millions of small microbial lives, and amazingly they cooperate to transform these leaves over decades of meditation into more and more refined energy, gathering depth and experience the wiser and older the tea. For all these reasons, Puerh tea is the perfect example of what Master Zhou Yu calls "real tea" and what we here at the Tea Sage Hut often refer to as "living tea." Almost every kind of tea/region has living tea, grown and processed in harmony with the Spirit, don't forget. Using Puerh as an example, let us not reject or judge, but explore the world of tea in order to find the leaves that are most conducive to our own spiritual growth. 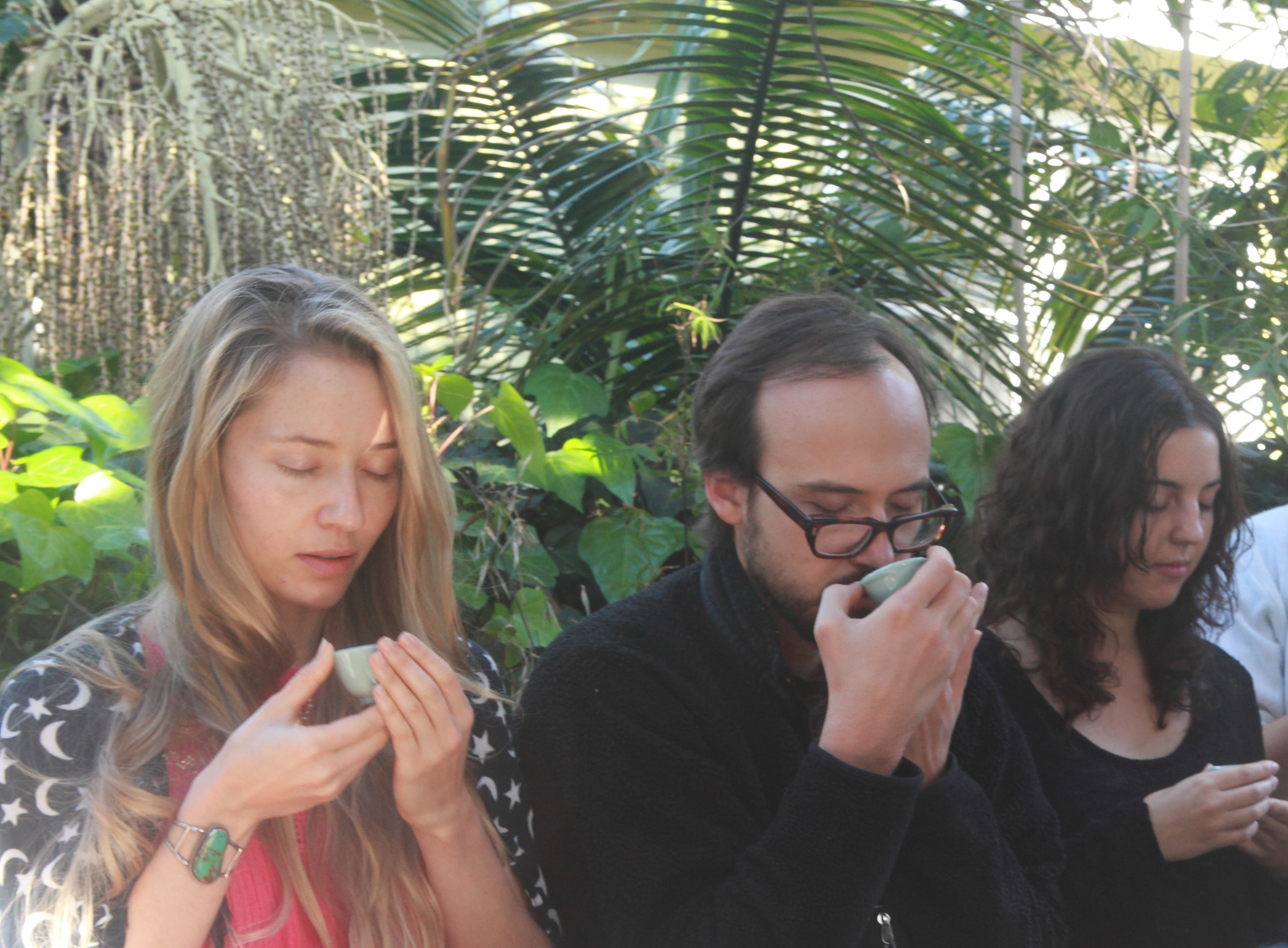 Last time, we talked about some of the amazing things that make Puerh so unique. First of all, the forest of Yunnan, Viet Nam, Myanmar, Laos and East India is the birthplace of all tea, the cradle of Cha Dao. And the grandfather and grandmother trees there are often ancient, hundreds or even thousands of years old. They have old myths handed down these many generations, and they'll freely share these hoary tales with any who would listen and walk the Dao. Furthermore, the water of this region flows down from the great Himalayan sentinels that guard Yunnan, brining rich glacial minerals with them. And the leaves themselves are covered in millions of microorganisms even before they are picked - a relationship we'll never understand. And speaking of not understanding, don't ever leave out the Mystery, for it is the deepest and richest aspect of any tea: dive into the depths of what is incommunicable, rather than wading in the much more shallow waters of what is describable in a tea.

Learn to communicate with your teas. They will speak to you, especially living teas like these. Old-growth Puerh tea comes from a forest teeming with life - 25% of China's species are in it. This vibrancy is in the tea, as the trees themselves interact with insects, plants, snakes and frogs in infinite ways. They absorb sun, moon and starlight and convert the immaterial into a physical substance we can interact with. There is great medicine in this dialogue - "medicine" in the Native American sense of the word, not as a substance to heal a particular ailment as we think of it in the West, but rather as direction, illumination and an opened state of mind.

By exploring and contrasting some of the less alive kinds of tea production in the world, we can get a better sense of what real, medicinal tea is and then learn to let it find its way into our lives and souls. The purpose isn't to disparage or exclude people or ways, but to move forward towards greater sensitivity and purity. There will always be lessawakened teas, and many will suit certain people and situations, which we can discuss in a bit.

Plantation tea was developed for industry, and as such compromises much of the medicine in tea. The plants used in tea plantations aren't seedpropagated. They are grafted cuttings taken and planted. This method is used to create a uniformity of product that these farmers and factories think the consumer wants, and some indeed do. Others of us revel in the differences from season to season, year to year and love to ask the tea of its year: How was the weather? Where were the stars? Which animals did you meet and learn from this year, old friend? 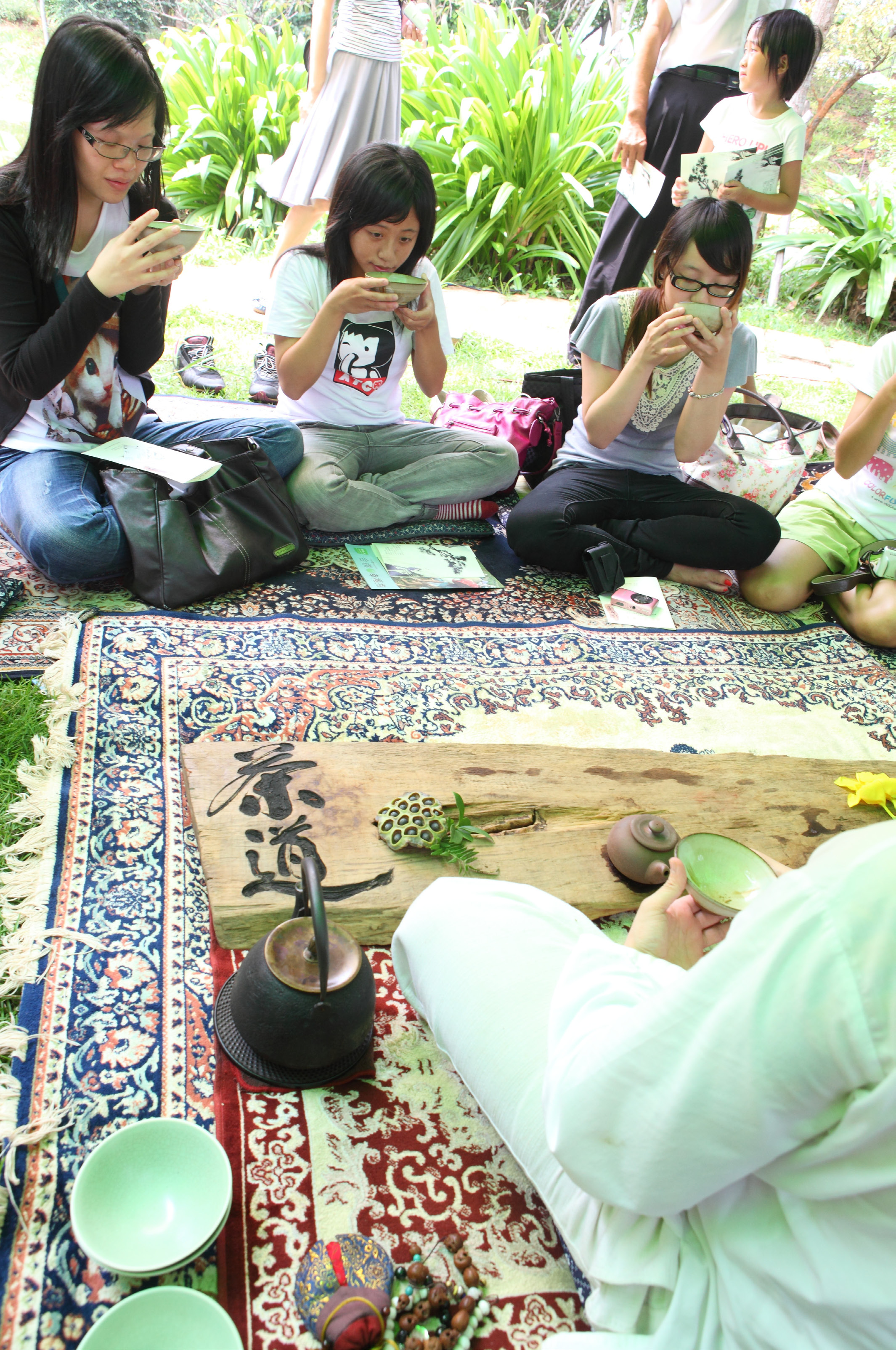 Some of the soul is lost when you clone tea in this way. There is a disrespect and/or indifference for the individuality of the plant. Traditionally, tea trees, like animals, were countable nouns. Good farmers, both now and then, talk to their teas and know them. They were often even named. Sometimes a family would give a tea tree its own surname, knowing that the being which had provided for the family these hundreds of years was, in fact, the oldest and most respected member of the clan. Similarly, villagers know their own pigs in small places like Yunnan. They may not name them, but they know which pig is theirs - the one with the black ear, etc. And they talk to them as well, raising them beneath their houses for years. Nowadays, tea and animals have become uncountable nouns. There is no individuality. Now we say "pork". And if you look into an industrial farm, you won't find any recognition of where one pig begins and another ends, just as when you look at a tea plantation you see rows and rows of cloned tea trees crammed together so close that there is no longer any distinction. They aren't 'trees', countable and individual souls, but 'tea', uncountable and conceptualized.

It took millennia for trees like tea to develop sexual cross-fertilization. It is also tremendously difficult for such trees to fertilize one another, since the mates cannot move towards embrace the way that animals and people can. As a result, plants have developed magnificent ways of fertilizing each other, enticing insects to pollinate them, using the wind, etc. There is a reason for all this. Carl Sagan said that the evolution from asexual to sexual reproduction on this planet was as significant as the beginning of life itself, as it allows for all the creative power in Nature to assert itself in such myriad forms. There is something deep and powerful missing when a plant is not allowed to cross-fertilize. The varieties that result produce potential magic, just as in humans. Every tree is then different. Sure, they share some similarities due to common genetic heritage and similar terroir, but like people they each have their own medicine, their own perspective, experience and wisdom.

Plantation teas are also pruned down to a short height. This is to facilitate easier picking. However, every plant has an unknown ratio between its roots and crown, and if the crown is hewn, the roots will shrink. Some pruning is actually good for most plants, helping them to grow up stronger, like getting a trim to grow out your hair. But prune too much and the roots shrink up, preventing the plant from getting to the deep minerals it needs. Large-leaf tea can develop roots that extend dozens of meters into the earth. If dried and completely flattened, all the branch roots of a simple rye plant would encompass more than 350 miles. A large tea tree's roots laid out in a line would cover astronomical distances. The deeper the roots, the more stable the tree and the more intimate its dialogue with Mother Earth.

Since there are so many trees competing for the limited resources of the soil, a plantation cannot afford to have other plants. The tea trees are competing against each other, in other words. The problem with this is that we cannot ever understand the relationship a tree has with all the insects, undergrowth, flowers, snakes and animals in its environment. No one could say what effect a snake living in the ground near a tea tree would have. We have some amazing wild oolong here in Taiwan that has beehives all in the trees, and they have definitely affected the tea. Forcing tea to grow in the environment most conducive for larger output is bending Nature to our will, rather than following her ways in harmony. And this is, to a great degree, humanity's most pressing illness.

In Chinese, the word for tea has the radical 'man' in it, suggesting that tea as we drink it is a dialogue between man and the plant kingdom, represented by the radicals for 'grass' or 'plant' above and 'wood' below. The nature of that conversation is therefore incredibly important to the quality and life of a tea. Is it about money and greed? Is it about love and healing? Does the farmer even talk to the trees at all? Is there respect in their conversations? These are the vital questions when creating a socalled "living" or "dead" tea. If you asked a real lover of tea when he picked his tea, he would say: "When it is ready to be picked." The amount is also up to Nature. The man waits with grateful and open arms beneath the tea trees, like depicted in the 3000-yearold cave paintings in Yunnan, bowing and with reverence taking what nature gives willingly. Nowadays, however, we busy ourselves telling Nature what we want. The plantation owner demands that the land give him 500kg a year, and he won't settle for less. If the trees don't produce, he simply tears them out and replaces them with other clones. And of course, Mother Earth gives and gives to her selfish sons and daughters, giving in love her last drops of life - even if it means her own death. 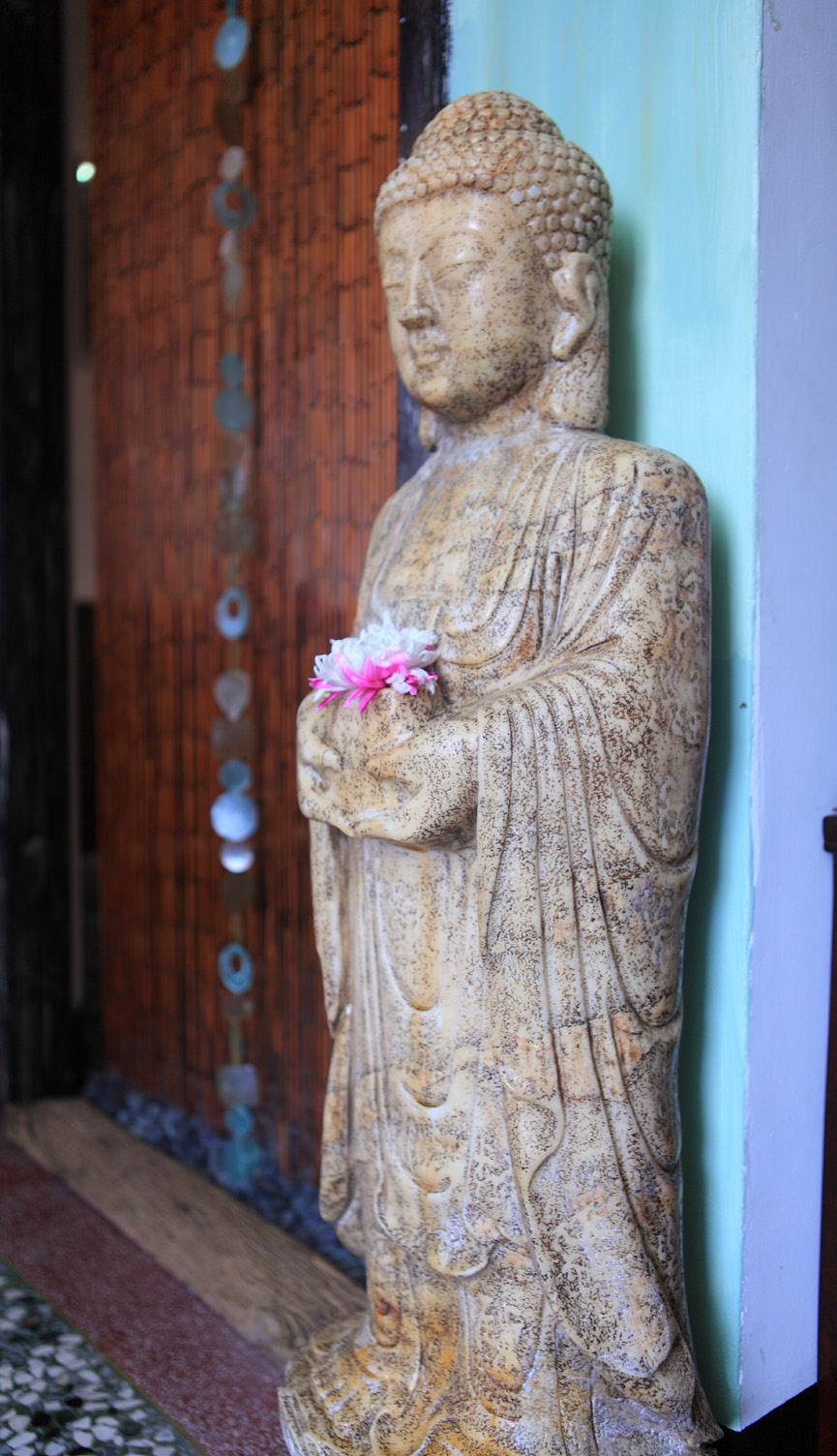 There is a problem with real, living tea, however, which is that it can only be produced in amounts large enough for a very small amount of tea drinkers to enjoy. If all tea were old-growth, seed propagated and otherwise grown and processed in the true way, there would be an extreme drought in the tea world. For that reason, we must have some plantation tea as well. This, like most things in modern life, requires compromise. And compromise is a part of life in any time. Still, we must draw the line somewhere. For us it is what the plantation owner uses to fertilize the soil. Since there are so many trees in such a small place, they must be fertilized. We promote teas that use organic fertilizers and refrain from using chemical weed-killers and/or pesticides. Such organic teas are much more sustainable and don't cause nearly as much environmental destruction. Pesticides and weed-killers on tea plantations at the tops of mountains get into the ground water and flow down, causing endless destruction as they do.

It is important for us to remember that complaining isn't a solution. The farmers are the first victims of these chemicals. One of Taiwan's greatest proponents of organic tea does what he does because his father died of pesticide poisoning. Similar stories can be found elsewhere, too. We move forward through inclusion, not exclusion, through education and positivity, rather than negativity. Help promote what's positive and learn from what's negative, in other words.

It is necessary for us to maintain and promote clean, sustainable plantation tea for people around the world to enjoy. We are going to be sending you some clean, organic plantation tea next month (April). But for this month, let us once again enjoy a living, "real" tea. Such tea is medicinal and should make its ways to those of us who are going to use it thus. It has so much to teach us, about our own origins and beyond.

Let the leaves uncurl, dancing in circles to the beat of the god-drum in your chest. Let their ancient stories unfold round the crackling, steaming fire of the liquor. And be transported by them, to that mountain hermitage deep within you...