How to Turn a Non-Event Into an Event

How to Turn a Non-Event Into an Event

While on holidays back 'home' in Canada, visiting and getting nourished by family and old friends, my mind has entered sufficiently into mind meltdown phase that I can comfortably waft through a couple of recent tea memories. Come along for the ride, scrapbook-style, if you will...

The Last Tea on Earth

As happened everywhere across the planet, the calamitous December 21st came and went without a single meteorite dropping on our heads. Absent, too, were earth-altering volcanic eruptions due to supposed galactic alignments, instantaneous pole shifts, mega solar flares - and no one vaporized into mystical evanescence (we kept our eyes on Siim, just in case, as we suspected that he might be the first to go). As in other parts of the planet, in Estonia too many had let the manipulative forces of fear-mongering media appeal to that part of themselves (or of their collective unconscious), I believe, which is set to respond to images and ideas of catastrophe and mass destruction. There's a part of us attracted to and easily influenced by warnings of the end of the world as we know it. As if we possess an archetype for it, in the Jungian sense. Our media is adept at pushing those arcane buttons and setting into motion a range of irrational fears.

Yet instead of leaving town, or playing Duck And Cover, as some did, or even sitting in calm meditation with one eye slightly open to catch a glimpse of comet trails or UFOs in the sky, a few of us decided to mark the 'moment' by doing what we love best: drinking tea... in a place we love best, our little teashop called "Chado". At 12 square meters, the space inside isn't ready to accommodate too many end-of-the-worlders, yet four staff members, two loyal clients and a few bemused random customers were snuggled inside the shop. At 11.11 UTC, we all raised our chabeis filled with one of our favorite teas, the 2010 Ai Lao Shan, and brought in the dawning of the Age of Aquarius with raised cups and big smiles...

A moment later, happy to see that Siim was still with us and serving more tea, we felt thankful that all the hullabaloo at least afforded us a chance to be together, share a few smiles, laughs, hugs and cups of tea. Kind words were spoken and soft looks exchanged which otherwise would not have been, and we felt that, if that moment had any significance at all, it was appropriate to be in the embrace of all the fine teas which surrounded us as we stood, bound by a common love of the Leaf. In the same space was wisdom much deeper than any we mortals are likely to accumulate in our lives, and if there was any passage involved in that particular time, then we hoped the spirits of tea sages past were to be our guides along the next bends and turns of our voyage through life.

Our loyal customer Stella then handed out one small, rough, uncut sapphire to everyone present, to seal the moment and to encourage, as she explained the symbolism of sapphire: healing, love and faithfulness. 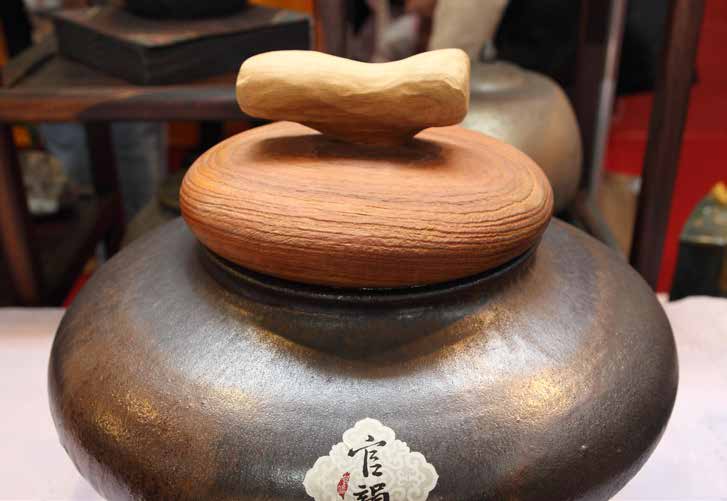 I smiled then at the little incidence of alchemy that had just unfolded. We had transformed what was to be a feared event into something joyful and bonding. It was a reminder that we can take any event or situation in our lives which we or others have labeled negative and transform it into anything we choose. Quite simply, really. If scientists are beginning to suggest that we have the power to even reprogram our DNA, our seemingly set personalities and thinking patterns, then we most certainly have the power to transform an event our egos might otherwise wish to label as negative into its more joyful opposite.

This year me dear old Mum decided she was tired of taking on Christmas (and all the associated dinners, suppers, wrapping, dishes, dramas...) and took her hubby and I to, of all places, Bermuda. A super deal on Jet Blue helped seal the decision. Artificially frosted window panes with sub-tropic sun streaming through them and plastic reindeer leaning up against palm trees were anachronistic to this Canadian-born northern dweller, but pleasing to my sun-starved body and soul. I tried to make tea in as many non-traditional places as possible, with my have-Yixing-will-travel pot and tulip cups: in the hotel lobby to serve tea to staff used only to Lipton's and coffee; to trust fund kids who had heard vaguely that tea's healthy; to my Mom inside a busy JFK terminal with hot water courtesy of Dunkin Donuts. You make the best with what you have!

Most memorable was the time I was sitting on the beach, my last morning there, with Mr Xie's Honey Oolong steeping in the salty air. Sun was piercing bright, waves were crashing onto that little slab of earth in the middle of the Atlantic and my spine was straight. Two cups were set out in front of me - I wanted to see if the second would somehow attract someone to me, as it often does. I drank a few cups, sending some thanks to Mr Xie and hoping he'd somehow know that his tea was being enjoyed on another subtropical island far from his own. Yet no one strayed from their beach chairs or volleyball games to see me. I had meanwhile noticed two staff members dismantling a large tent-like cabana nearby. My thought was to walk up to them and offer some tea, but I thought I'd first try out my faltering psychic powers and attempted to send them a message to come up to me and ask what I was doing. I closed my eyes, dreamed of Jeannie and tried to tell them, "Hey guys! Come over!"

After a few moments of amusing myself in this way (Who was it who said that simple things amuse simple minds...?), they were still messing about with aluminum poles and tarpaulin. So I just poured tea into the cups and walked over to them. "Would you like a little tea break from your work?"

They stopped and smiled those broad, wide Islander smiles, all white teeth (Well, a few were missing, but who was counting?) and dark, glistening skin. The older, more rotund of the two was the first to speak, after emitting a guffaw of joy. "Ha! I was waitin' for you to offer! What took you so long?!" I smiled back. "I saw you sittin' there, meditatin', looking so peaceful, drinkin' your tea and I thought, 'How could that guy be so selfish, drinkin' tea by himself, when is he going to offer us some?' " We all laughed as I handed them the cups.

The older one was from another island paradise, St Lucia, the younger one with fewer teeth was a local. Both said they liked tea a lot, in fact they grow their own, like peppermint and chamomile, but they hadn't ever had a chance to drink any other tea. The only teas available in this nominally British territory are the teabag kind, and they know they're not the best. We sipped the oolong and there was a moment of silence, as the winds from the Bermuda Triangle whipped the cream-coloured sand around our feet. Then the smiles were back, accompanied by nods. "Very nice!" said the older one. The younger one nodded deeper, and mumbled "Yes, yes, nice."

We chatted for twenty minutes or so as I poured them cup after cup. Nearby, some millionaires were getting married on the lawn and a string quartet's plaintive tones merged with the sea winds picking up. All along, the sun poured down on our bare torsos and the tea seemed to seep ever deeper. The younger guy said that he felt more calm than he did before, the older one said he felt happier than he did before; natural effects not only of clean tea but also of clean human communication, too.

"Yeah! I was sayin' to myself, I sez, 'When is dat guy gonna come offer us some tea,' and you came! Dat's great!" The lines between sender and receiver, giver/taker, talker/listener all blur when contact is established. Telepathy is perhaps another aspect of alchemy.

I am learning more and more of how the power of tea, together with space and calm, and some friendly intent, can transform ordinary social situations which are often indirectly limited by ego, fears, habits and social constrictions, into extraordinary moments of human connection... and lovin' every step of the way...