Living here in Miaoli and serving at the Center every day, the only opportunity I have for any interactions with people who aren't into tea or spiritual work is in the workplace. I've been at my current job for one year now, and although I don't talk much with anyone, over time they've reached the obvious conclusion that I'm a weirdo with mixed-up priorities. Recently, an exchange at work resulted in a small explosion on the part of one of my co-workers that I found to be rather insightful.

I don't really recall how it came up, but somehow I was offered some candy, M&M's or a Snickers bar. I declined, and was asked why. I can't remember how I responded exactly. In any case, my co-worker immediately exploded: "Geez! What's wrong with you? You don't even eat junk food? It's like you're against the whole world or something!" 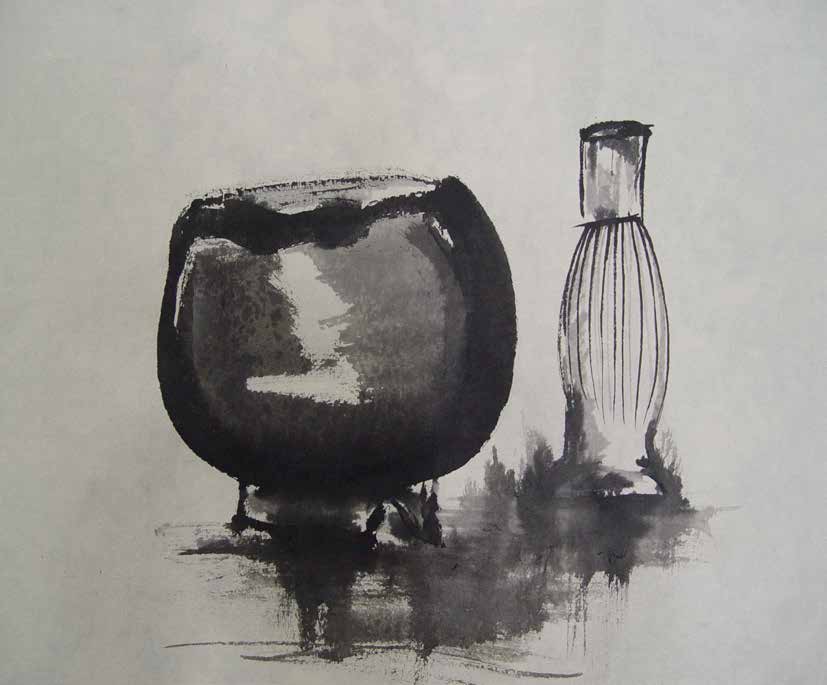 I have always liked the somewhat comical description from the Dao De Jing, which loosely interpreted is that if you are speaking to a worldly person and they understand what you are saying, what you are saying is not the Dao. As it happens, this is also a pretty good litmus test to have in your pocket for a lot of situations; or a moral compass of sorts you could say. We have had the experience, for example, when describing our projects to tea merchants here in Taiwan: "Room and board, teaching and tea... all for free? What a silly idea!" Compass says: we're on the right track!

Oddly enough, Snickers bars and M&M's are exactly the two junk food snacks that I used to always eat in between meals, and were the last two junk foods I stopped eating, whenever I stopped eating junk food. As I've deepened my practice in tea and meditation, my sensitivity has increased dramatically, and a wide variety of unhealthy habits have quite naturally fallen away as a result. The worldly perspective on bad habits is that you quit them. But I didn't have to 'quit' eating junk food, I simply stopped wanting it, naturally. The spiritual perspective on bad habits is not to quit them, but to transcend them. To 'quit' involves some involvement with the thing, a sort of throwing it away forcefully. You are going against whatever it is you want to quit. But I don't have anything 'against' eating junk food any more than I'm 'against' putting my hand in fire. You may have done it once as a child, Transcendence but after that searing pain, never again. M&M's aren't quite so obvious. You read the label, you see they are filled with weird dyes and chemicals. Conceptually you know these aren't good for you, but since concepts have no reality and M&M's really are delicious, of course the delicious reality wins. But when you can actually feel those unnaturally slippery dyes and taste the bitter chemicals they carry under that waxy, glibly entitled 'chocolate' - when you can feel those chemicals seeping into your body, altering your whole system in wonky ways, every bit as clearly and instantly as putting your hand in a fire, then you have no desire for them anymore. Gone are the sentiments: "I like to eat M&M's", or "I don't like to eat M&M's", or "Eating M&M's is unhealthy and may cause liver dysfunction!" I simply don't eat them. But try answering this question "Why not?" to someone who only knows a life of conceptual and moral positions, and the conclusion is always the same: that guy's weird. 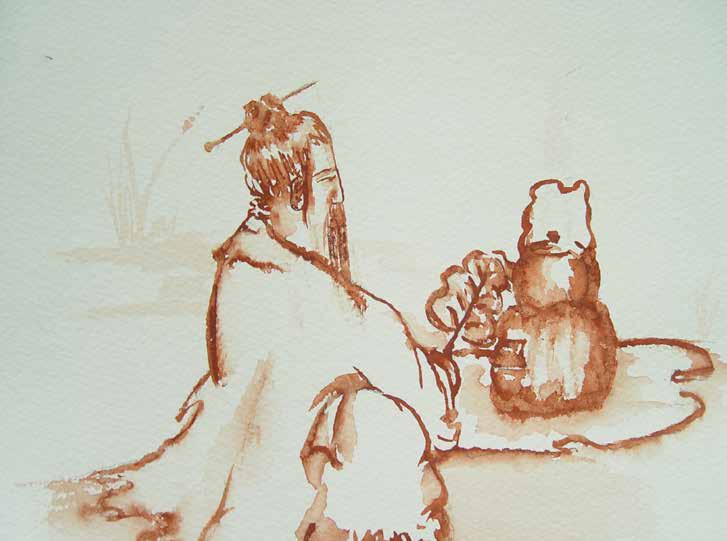 Positions of any kind are anathema to my spiritual life. I'm not against alcohol, or drugs, or meat, not even war, or anything else you care to mention. There is a caveat though; it's better to say that I'm not against anything when I'm conscious. Drop me in a war and my practice will need to be much stronger, of course. I already struggle with trivialities every day, but each situation is an opportunity for practice. If you followed me around each day searching for them, you'd find a dozen or more examples, sometimes in a single hour, of moments of unconsciousness where I'm 'against' any number of trite situations: being scolded, contradictions, following directions, dog poop on the floor, being made fun of, the angry way my boss talked to me at work, you name it. In these instances I am quickly throwing up all kinds of defensive postures. The most common formula is 'x shouldn't have y'. In other words, "I am the authority on what should and should not be, and I have concluded that this thing should not be!" 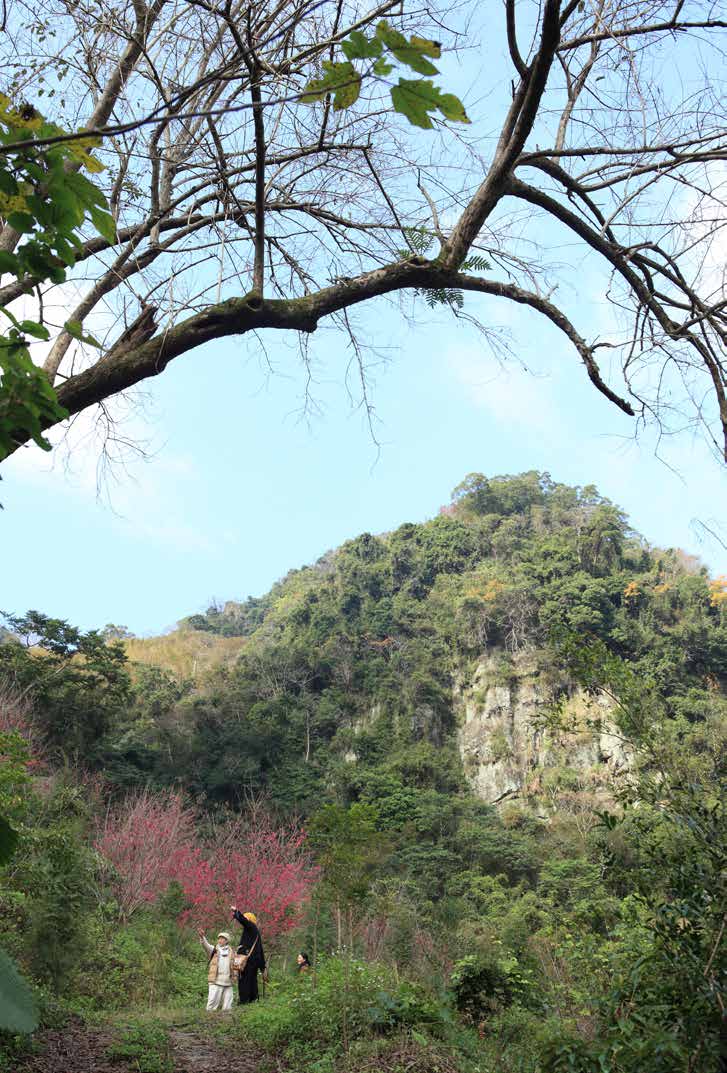 With this in mind, I have given myself permission for a military attack, a reaction to that person, situation or thing, and feel justified, even holy, in my aggression. As though God himself would agree with me and I can do no wrong if my goal is to stamp out this thing that should not be. It may sound ridiculous to move from dog poop on the floor to holy wars, but the difference is only one of degree; the energy itself is identical. This is exactly the same energy that is at the root of all human conflict in the world. Just imagine the difference in our reality if we were somehow all relieved of our plaguing 'shoulds' and 'shouldn'ts'! And so, that Transcendence 24is exactly what all of these daily situations must become for us: opportunities to work through the conditioning that brings nothing but suffering to both ourselves and everyone else.

If I am present, I quickly notice what happens when I react in such situations. Taking a moral position and lashing out or constricting inwardly both have a huge negative impact on my spiritual well-being. I lose any presence or equanimity I may have had. I have moved from consciousness into unconsciousness, and a snowball effect starts to vibrate on the same frequency as that which I claim to be resisting. Someone is angry at me and I become angry at them and shout: "Stop being angry at me, I didn't do anything wrong!" I have increased anger, not diminished it. It's just like eating the M&M's and feeling those chemicals seep into my body, changing it in a negative way. My practice enables me to recognize that taking a stance is also a downward shift in consciousness. Both tea and meditation have taught me that you transfer what is within you into everything you touch, every person you meet. And in my heart of hearts my utmost desire is to raise up the consciousness of this planet, not bring it down; so moral stances and righteous indignation must be let go. 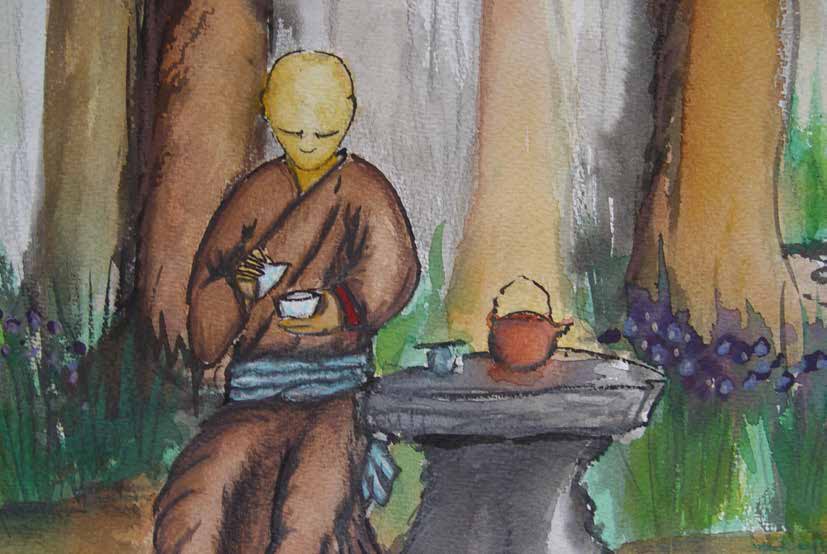 As a practice, there is no value in being 'against' anything. To be against is a declaration of war, and there are no 'just' causes except in the minds of the combatants. Never has there been a war of any kind, whether it be between two countries or a husband and a wife, where either side wasn't fully justified in their own minds. But the minute you start digging trenches and constructing an offensive strategy, you have invited all the same negative energy into your cause as the cause you are supposedly against, and you have lost, even if you think you've won. In this instance, my coworker couldn't have been more wrong. Throw me into a swimming pool of M&M's, and I'm not going to react to them either way. I just don't eat M&M's anymore. But there is still something valuable in what she had to say. She had to put it this way because she was speaking from a world where almost all interaction is conducted from the space of "what are you for? What are you against? Let me tell you what I'm for and what I'm against, and why, and let's have an argument about it." This is often considered the status quo; it's just perfectly normal interaction, and if you mention anything else, you will get strange looks and flat denials. It's a conversation, not a conflict. Weirdo! She didn't have a word for me other than 'against', because we're standing in two different realities. But if we change the word 'against' to 'transcend', then it would be a wonderful compliment and a great summation of progress. "Transcend everything in the world, including my self " is a great affirmation to work with...