My Global Tea Hut reminiscence is of the unprocessed tea from back in August last year, which was harvested from the hundred and fifty year old completely wild bushes in the north of Taiwan. I sat alone on my veranda in Koh Samui, Thailand one Sunday, which was my day off back then, with the kettle bubbling across from the sofa. The bowl was ready on my wicker tea table, and I was leafing through the newsletter article because I always love to read about the monthly tea before I brew it. The brown sachet sat there unopened and the early morning sun lit up the banana and coconut trees all around.

As I read, I came to the sentence in the article that mentioned: 'If you are going to share this tea with a friend or loved one . . .', and suddenly I realized that I could not dishonor these ancient trees by drinking this tea all alone, so I put the sachet back in my tea box and pulled out a high mountain oolong to drink alone instead.

Later in the day, I called my good friends San Bao and Gila, who are Global Tea Hut friends from Thailand, and invited them over with a couple of other islanders who worked at the health spa I worked in back then. The other two friends arrived first, and we got out the teaware and started heating the water. The first brew tasted amazing, and there were plenty of sighs of pleasure around the table. Then the second, the third, fourth... By the time we got to the eighth bowl, we were all transported into another dimension. I was very new to tea back then but already an avid devotee. My friends had been drinking it for longer but were more casual tea drinkers. All of us smiled wide-eyed at each other. I think it is safe to say that none of us had felt this 'high' before (at least from something legal!). One of my friends, in fact, accused me of spiking the tea with something 'a little extra'!

As the sun began to set, Gila and San Baos' footsteps were heard climbing the steep stone steps to my veranda. I think that they both immediately tuned into the energy and joined us for perhaps another four bowls before it felt like the tea had had enough (probably more due to my amateur brewing skills than the tea!). By then, the sun had gone down to visit the other side of the world, and the violets and purples began to blacken the sky as we all gazed at the sea and the mountains. I remember thinking about all the other Global Tea Hut lovers out there across the globe, and hoped that you all would have such a powerful session in your own ways. I was glad that I had heeded the article's advice and saved this special tea for friends both near and far! 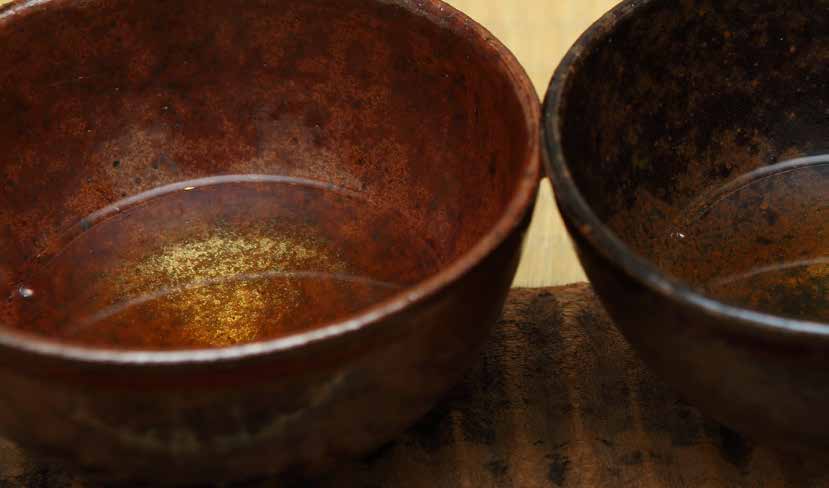