Growing up in a small Midwestern town, I experienced many manifestations of 'pride'. And I think what someone feels pride for and how they express it says so much about a person and their ethos. There's the type of pride that one experiences from a traditional conservative father; protecting his 'face' and feeling faith in the Protestant work ethic, with a generally narrow mind. The pride of a loving mother, who may cry with joy for her son who won a soccer game or acted in the school play. I recently was looking through some old photographs and came across one that captured a deer carcass hanging from a tree in the front yard of our family home. Amazed at the reminder of my roots, I recalled the robust pride in deer hunting that many men in America feel. There were sports teams; with a zeal often bordering on madness that their members and fans may feel. Black pride; White pride; I'd also heard about 'Brown and Proud' for immigrants from south of the border. I couldn't identify with any of that. Another obvious one was national pride for America and what it supposedly stood for. Tears may wash the faces of grown men when they've just heard the national anthem. I moved on to the army and felt confused and rebellious about an unquestioning pride in cruelty and destruction. I observed passively and didn't identify much with any of these forms of pride. I hadn't heard of Nihilism yet but maybe I felt it anyway. I then moved on to a university city. There, I witnessed pride in political affiliations, philosophies, sexual orientation, environmentalism, art cliques and social progressiveness. These all seemed to be more noble causes - things were looking up in the world at 21.

I felt inspired, so I moved to California. I said goodbye to my friends and family in pursuit of a 'belonging' that was a little more spacious than the 'American Dream' that I'd experienced thus far. Yes, much more than distance distinguishes California from Middle America. There, you find pride for California, rather than the nation. Wow, there's pride felt in shopping for organic vegetables at the farmer's market, eating exotic foods, acquiring knowledge or experience of foreign cultures, spirituality, Redwood trees, a successful restaurant I worked at, Asian pride now too and even the pride in 'puffing tuff' with friends - it was all wonderful. It was a lot of new influence and it all seemed a lot healthier.

At the restaurant I worked at, there was a dishwasher nicknamed 'Akbar' or 'The Great' and he was, in his own way. He had steely eyes and seldom smiled, but when he did, it was natural and came from his heart without reservation. He didn't complain and he did his job with patience. He was a practitioner of Wing Chun, a type of boxing kung fu and had a teacher of whom he often shared stories or quotes. It was clear that his life had direction because of this kung fu and he thought very highly of his master. This direction was sure, and in sharp contrast to that of most people. It was soon clear to all that he met that he was the 'Wing Chun guy'. He was content to practice his skill, his art, take on students and share it, and wash dishes as a routine to make a little necessary money. Washing dishes wasn't just a humdrum job to pay the bills though, and it wasn't separate from his life of kung fu. He diligently maintained his posture with skillful movements, minimizing wasteful steps. He shared knowledge on a variety of topics, but especially Wing Chun. He loved it and had faith in his teacher as a messenger of a great skill: a Dao and an art of life. He didn't criticize other kung fu traditions. He respected and noted their merits but clearly maintained that Wing Chun was more efficient, direct and skillful. Most people didn't care one way or another and he recognized this with no offense. He wasn't alive to convince people of his path, just to practice it. This is maybe the most distinguishing feature of this type of true, innocent pride: the people who feel it don't have any desire to prove it to themselves, nor anyone else. It just comfortably is. It is defined by its presence and makes itself present right away, but without preaching, opposition, disruption or distortion - like a fine tea.

Looking back on my life, this was the first time I had ever met someone who had such pride in their life, their way. And it had all the mysticism of the East in it. I had seen this in movies and video games, read about it in books, but this was the first time I had witnessed it face to face. Experience really is the truest teacher. I spoke with him and took a few private lessons at his humble home. He taught me the basics and there was some enrichment, but I didn't pursue that path, as I was still too ungrounded, drifting with the clouds. Maybe it just didn't call to me. 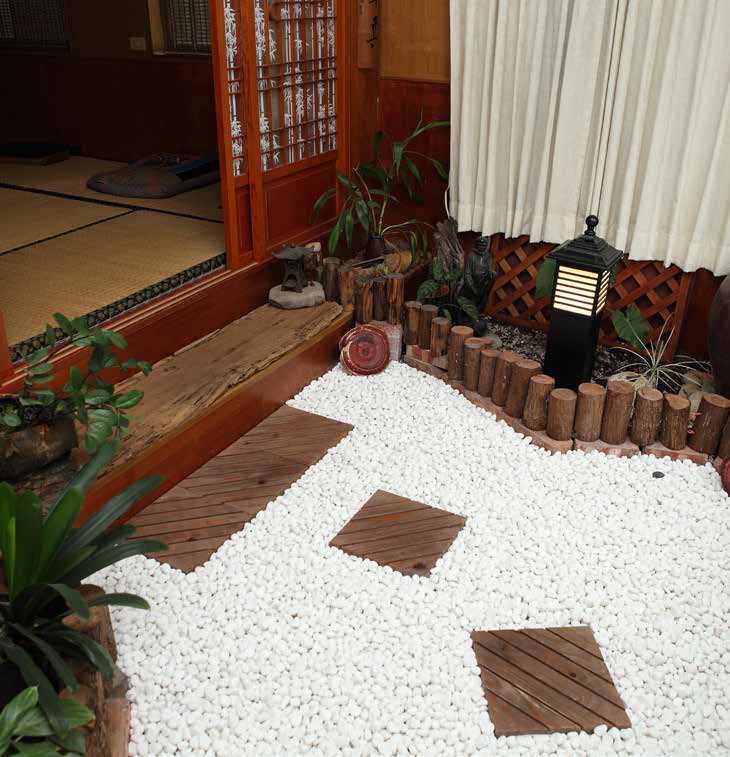 Many years later, Tea called me to Taiwan. I am fortunate to have found my teacher and connection to a tradition. I'm gaining experience, wisdom and feeling joy. There is an intimate communion with tea that reaches into every facet, every corner of life. It has been some three years now and I've just recently realized that I've matured enough to know the true, innocent pride of Akbar, The Great. I was recently introduced as a 'practitioner of tea' to a circle of students on a complementary path. As we drank tea, I noticed differences in their customs, but without discrimination. They saw a confidence in me and some started to ask questions concerning tea. Pride filled my heart that night, and I could just 'be' with an unpretentious ability to respond to questions, prepare tea and thank the whole experience.

In respect and special thanks to the one and only Akbar, these days, I like to say a new mantra for a life of tea: "Be Great, Be Love."