Last issue we explored the relationship temperature has to tea brewing. Preservation of heat from kettle to guest is one of the four principals of Gong Fu tea. There is a lot to this, inner and outer. The tea should be embraced in peaceful heat that doesn't fluctuate. This heat is the conveyer of tea, extracting its essence and carrying it into our bodies. It also causes the tea to spread throughout our bodies.

Of course, no law is absolute. The Dalai Lama often says that true understanding of a rule includes the understanding of when to break it. There are great green, white and yellow teas that offer a very different kind of drink when steeped at cooler temperatures. Much of what they have to offer is transmitted through fragrance, and so heat plays a lesser role in their preparation. This month's green oolong could be seen that way. If your green or white tea is organic and high-quality, however, you could try steeping it at higher temperatures as well. This won't produce an inferior liquor, just a different one. Lower quality green, white or yellow teas will just demonstrate their faults more evidently steeped in such higher temperatures. Always playfully experiment and grow in tea wisdom!

The earlier steepings will indeed affect the later ones in such an experiment. The ideal way to do it would therefore to have four identical pots and cups. This is difficult, though. We've only ever done the experiment this way once. Doing the steeping consecutively should be enough for you to recognize the difference, despite the influence of earlier steepings.

Remember to use a tea that you are very familiar with, and please not the Global Tea Hut tea. Use less leaves than you usually do, so that the flavors and aromas don't interfere with your ability to distinguish differences in more subtle aspects of the tea, like mouthfeel and Qi. If you are doing these experiments, you are on the way to becoming a Gong Fu tea master! 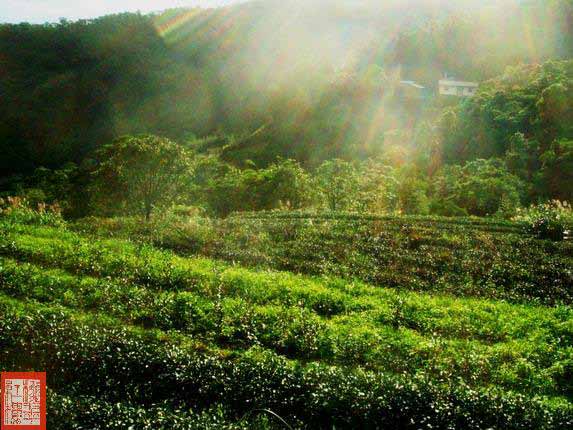