A Life Without Tea

A Life Without Tea

I love Tea. I love Tea like I love Wu De or my mom, my best friends or Merlin. Some may find the idea of that to seem obsessive. But not you, of course. As a reader, you're likely in the same (tea) boat as me. And if you're like me, you may feel, at times, like Reverend Sydney Smith did around 200 years ago:

Thank God for tea! What would the world do without tea! How did it exist? I am glad I was not born before tea.

It would seem fortuitous we were not "born before tea." (Before the birth of tea? Before the advent of tea drinking? I'm not exactly sure what he meant, but I can relate to the feeling behind it.) I, for one, am glad that this Now allows the gentleness and love of Tea to reach us. But as you can see from this enthused statement from Mr. Smith, tea can (and often does) generate a dependence. An attachment, if you will. And this is where we need to tread carefully...

Buddhism defines attachment (or rāga) as one of the "three poisons." It is said to be comprised of desire, passion and greed. The other two poisons in Buddhism are ignorance (moha, comprised of confusion, bewilderment and delusion) and aversion (dvesa, comprised of anger, aggression and hatred). In becoming dependent on tea, we develop an aversion to NOT having tea, and we begin to define the presence or absence of good tea around the poles of pleasure and pain, drawing ourselves deeper and deeper yet into the realm of dukkha (suffering, stress, anxiety or dissatisfaction). Some people suffer because they desire tea they don't have. One might stress out because they are greedy for more and more tea. Others feel anxiety because they cannot always have and share all the tea they want, whenever they feel the desire arise to have or share tea. And when served a tea that is not up to snuff, people sometimes feel dissatisfaction because they would rather be drinking another tea, a "better" tea, one that they are more passionate about drinking.

So much wanting and so much aversion all at once! How do these opposites work together to generate such suffering? It would seem that Buddhism and contemporary social sciences agree on the mechanism behind this tea conundrum. As Ron Leifer, M.D., explains it:

Ah, what a trap! Tea, why would you do such a thing to us! ... But it wasn't tea that created this mess. It was, as Leifer explains, our egos.

I've seen egos lay traps for people in the form of tea desires many, many times. Often, when we take guests on tea and teaware buying trips around Taiwan, I see desire glowing red-hot in their eyes, feel their energy shift out of presence and into a projection of future happiness, and sense the restlessness and lack of 'completion' in their being. Occasionally, I can discern their pulse quickening as they contemplate a particulary expensive purchase, and almost every time, I can see the same kinds of thoughts running through their heads (or hear these thoughts spilling from their lips). I can recognize this trap in part because I've seen it in others again and again, but mostly because I've seen it many times more than that in myself.

I mentioned in a previous GTH newsletter that I spent a year not buying any tea. This wasn't because I didn't want to buy tea. It was because accumulating tea had become a fixation that had sapped the joy from actually drinking tea. And that's a terrible tragedy for a tea lover, indeed! So I went a year without buying tea and learned a lot from it. 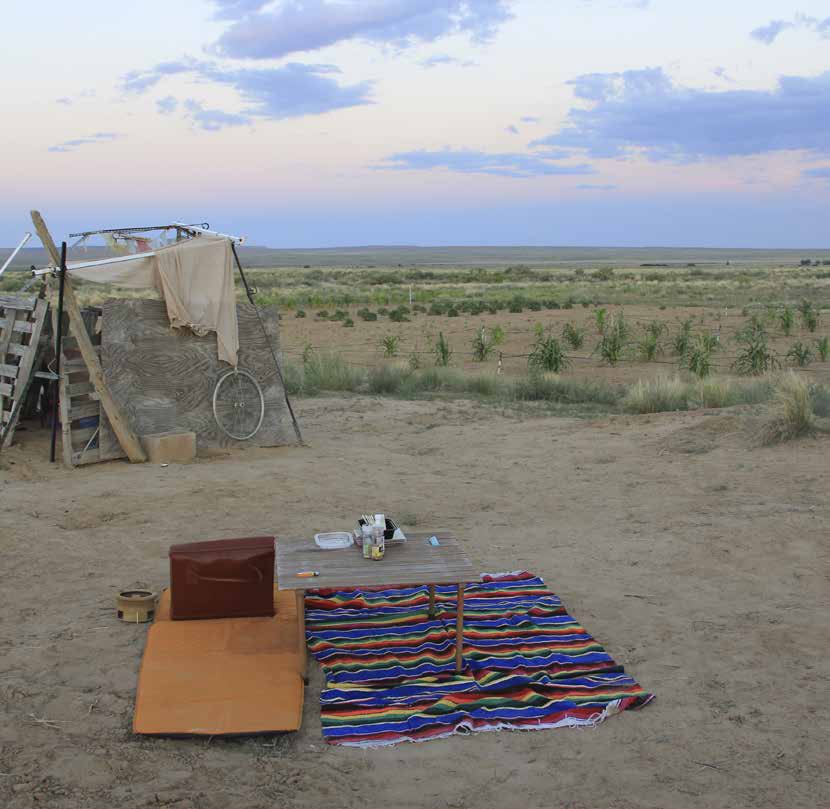 But that doesn't mean that I am beyond desire and aversion when it comes to tea. No, no... I still find myself craving tea and (even more so) teaware, especially now that I've settled down after so much travel.

And I periodically find myself in a state of physical dependence of tea. Some years back, I found a short-term solution to this and other dukkha-generating cravings for edibles: fasting. While I don't advocate extreme fasting, I do find that a progressive fast once every year or so can clear away dependence on the physical aspect of tea (as well as sugar, dairy and other dependence-triggering foods and drinks). A progressive fast can be a wonderful practice for bringing these cravings into sharp focus, examining them up close and letting them go. This kind of release keeps us from reducing Tea to a beverage, or a pleasing collection of chemical components (as in, "Man, I need some caffeine! I'll drink some tea..."). Regularly going a few days without tea can have a similar, but more targeted, effect.

The last time I went on a "tea fast," I was on a trip in Okinawa for my brother's wedding. I remember making a decision before I left that I would not pack any tea or teaware with me. I contemplated something tea master Sen no Rikyu said:

Imagine your life without tea, and if it's any different than it is now, you have yet to understand tea. 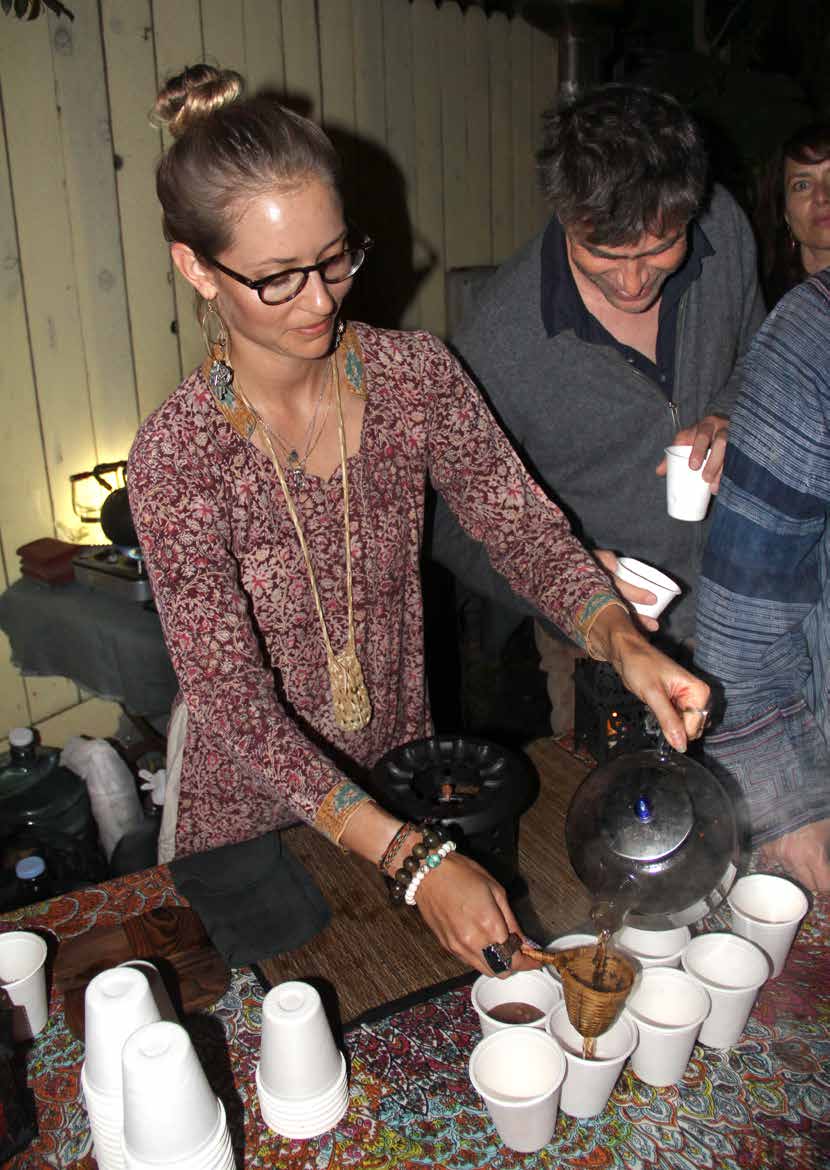 Since I was traveling, my schedule was very different from normal. However, I noticed that despite the busyness of all the wedding activities, there were clear shifts in how I spent my time and focused my attention. For example, I wasn't drinking tea for hours on end, but I was spending a lot more time reading spiritual books and meditating. I also noticed that my 'everyday' conversations became richer and deeper, perhaps making up for what I sensed was lacking in time away from Tea. It seemed that in the absence of tea drinking, I was slipping seamlessly into activities which were similar in vibration, intention and mood.

During that time, I was reminded of a story about desire and tea:

A student asked his guru, "And what to do about desire?" The guru replied, "You want tea? Don't drink tea."

At first, in the throes of craving for tea, I thought, "Ah, if only it were so simple!" And yet, I realized, it is so simple. I wanted tea. I didn't drink tea. I realized that when you want tea and you don't drink tea, you have the opportunity to get past the desire for it. The possibility of seeing Tea for what She is (an abundant, beautiful, giving plant spirit offering wisdom and peace, and not a mere 'thing' to be desired) and you for what you are (a small part of the infinite that is already connected to tea in more ways than you could possibly imagine) is opened in the absence of Tea (yet almost entirely because of Tea).

This is not to be confused with detachment, or not caring about Tea. It is something entirely different; transcending desire through non-attachment. With this understanding, you can see the act of drinking tea for what it is (you becoming Tea and Tea becoming Human). You can see that it would be impossible for you to ever possess Tea, and that there's no reason you should even WANT to possess Tea. (Why on Earth would you when Tea can A Life Without Tea become you and you can become Tea?) You can see that getting into buying tea is often an ego trap of having more and 'being' more, and furthermore that wanting tea is a lack of acceptance of what is; a trap of desire and suffering. 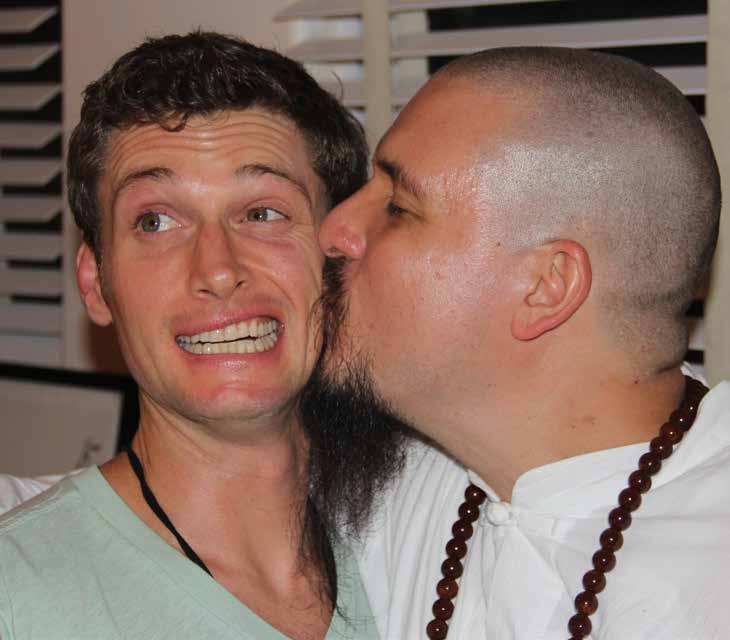 Despite these realizations, an overcoming of craving for tea and an adjustment to a different way of accessing the divine in my daily routine, my life WAS different without tea. (In other words, I still don't understand Tea!) Seeking clarity, I turned then to a passage from Wu De's Zen & Tea One Flavor in which he describes a tea monk:

...if you then call him a 'Teaist,' he'll put his pot and kettle aside and serve you some cabbage soup.

I believe this is closer to the crux of the matter. Tea, it would seem, is truly understood, when it becomes an access point through which ALL things are recognized as holy. The pot of tea, the cabbage soup... all are the Tao, all are Love, all are the Divine expressed in physical form. Hopi Tea at the Center of it all!

I'm not at a point of truly understanding Tea yet. Although I overcame desire for tea during a short trip abroad, I still craved it soon after my return home. And although I could peer into what a life without Tea might look like, what I saw WAS markedly different from my life now. I'm sure there are many years yet to go before I will actually understand what Rikyu meant about a life without tea, but in the meantime, I'm happy to drink up with joy and gratitude for the abundance of Tea in my life!