It should be noted that most all the terms used to identify the families and eras of Puerh tea began for the most part with the scholarship of the 1990's. During their own times, these teas were everyday commodities - names and trends always changed with the times. Also, one should remember that the lines between these eras, while based on reason, are ultimately arbitrary. Though most scholars agree in general, certain vintages right near the boundaries might slip into either age depending on what one reads.

This era of tea includes all the tea that was produced prior to the formation of Communist China in 1949. All of the factories from that time were private businesses and none had anywhere near the output of those today. Many of these trading firms also dealt in other goods as well, like rice and other agricultural products. Puerh tea was just one commodity amongst others. Some of them were even owned by single families, like the legendary Song Ping Hao and Tong Qing Hao. They were often small, rural houses where tea and other products were all processed completely by hand. The demand of the market at that time was small and annual production in numbers that would make even the stateowned factories of later years scoff. Old tea house owners in Hong Kong have reported that 10 jian (or "baskets", each with 84 cakes, therefore equaling 840 cakes) was enough for the entire island for one year. The demand for Puerh was low because the retail price was relatively high compared to other teas. Nevertheless, many would argue that the cleaner and more natural farming methods and environment lent these cakes a certain majesty not found in any of their descendents. The fact that many of these teas are now 70 or more years old, coupled with the fact that very few were produced to begin with, makes them extremely rare and valuable - sometimes costing more than a hundred thousand USD per cake. 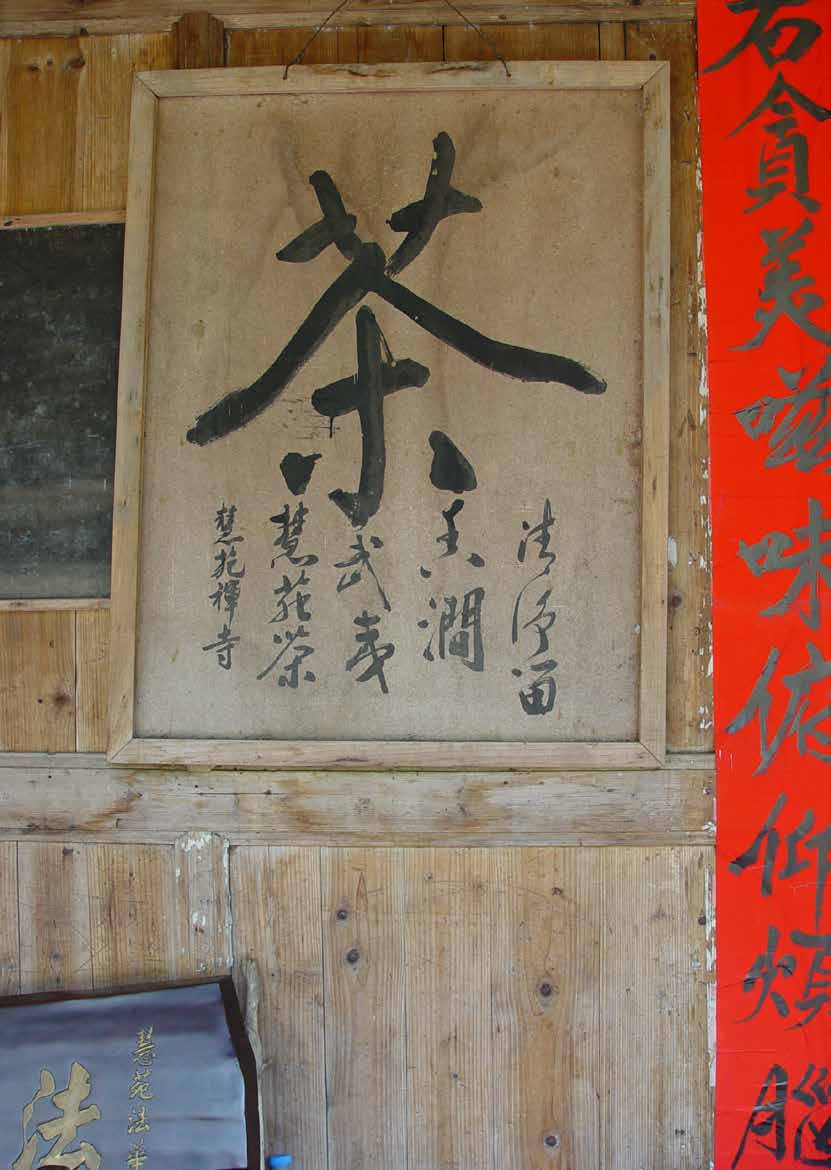 The cakes from the Antique Era were never wrapped with an outer wrapping paper. Perhaps it was considered too costly at the time; and preservation wasn't as much of an issue. However, all the cakes did have a nei fei or "inner trademark ticket" embedded into the tea just like the ones of today. Many also had a nei piao or "stack ticket' that rested in each stack of seven cakes (tong). Other than the leaves themselves, these trademarks are really the only way that collectors can tell cakes apart, especially ones from the same factory, like for example the Red and Blue Mark Song Ping Hao cakes. The leaves in these ancient cakes were larger-leaf blends, and were harvested completely from old-growth trees.

When the "New China" was established in 1949, the central government declared that all industry belonged to the people. Even the tea industry was handed over to the local government. These changes closed these family-run, private businesses in the 1950's and the Antique Era came to an end.

The start of the Masterpiece Era began with the creation of the state-run factories, like Menghai, which is still in existence today. In order to control and stabilize the production of tea in Yunnan, the "China Tea Corporation, Yunnan Branch" was created. They had their own logo, brand and trademark - established in 1950, and registered with the central government in 1951. This trademark is the now famous "8-Zhong Tea" character that is in the center of all the cakes from the Masterpiece and later Seven Sons eras. The character "zhong (中)" means "middle" or "Middle Kingdom", viz. China. Eight of them surround the character for tea, "cha (茶)", since that number was considered lucky. It also symbolized the goal of distributing Chinese tea to all eight directions of the world.

Red and Blue Mark teas, as well as others from the Masterpiece Era, are now also very rare. While they aren't as expensive or as difficult to find as Antique Age teas, many vintages are quickly approaching comparative values. Like the older teas, these too are treasures. 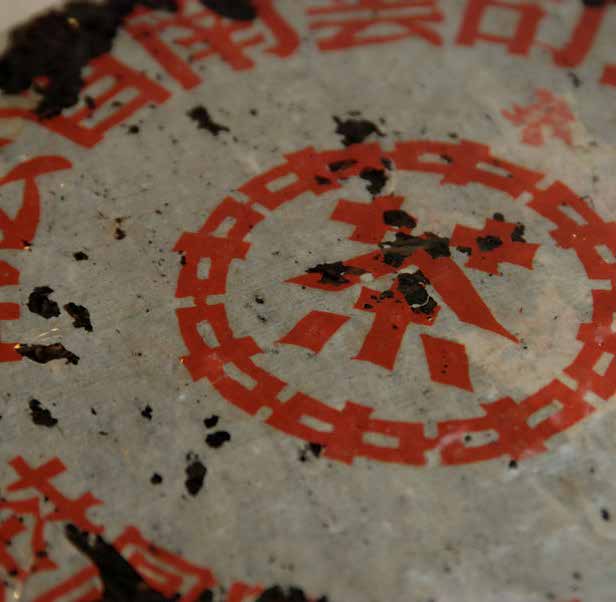 Tea cakes in the Masterpiece Era are distinguished from earlier ones by the obvious change to using outer wrapping paper. All these cakes were wrapped in handmade papers with the "8-Zhong" trademark in the center. The name of the "China Tea Corporation, Yunnan Province Branch Company" was printed in a ring around the central character, and read from right to left (which helps distinguish these cakes from later ones produced in the Seven Sons Era). The style and methods used to wrap seven cakes into tongs didn't change in the Masterpiece Era: they still used bamboo bark with soft bamboo twine to hold the tong closed.

The Masterpiece Era is considered to be the 1950's and 60's, and characterizes by four main categories of tea. Some authors subdivide these cakes into more varieties. This list is, therefore, a gross simplification, as most Chinese anthologies will include some later teas in this era, as well as sub-divide these categories into many cakes. Nevertheless, this is a start to understanding the Masterpiece Era:

The Seven Sons Era began in 1972 with the formation of the now-famous "China National Native produce & Animal By-product Import & Export Company", referred to so often as the "CNNP". The new agency would take control over all the Puerh production during the period. The three main factories of the time period were Menghai, Xiaguan and Kunming. During this time, the production of Puerh tea increased as a result of a growing foreign market. More tea was exported than ever before. As a result, more of these teas are floating around the vintage market than their predecessors, though some of these The Eras of Puerh Tea famous vintages are also now starting to become rarer and more expensive. Some of the earliest cakes from this era are just now starting to reach maturity, and connoisseurs are all interested in tasting these vintages as well as the earlier ones. 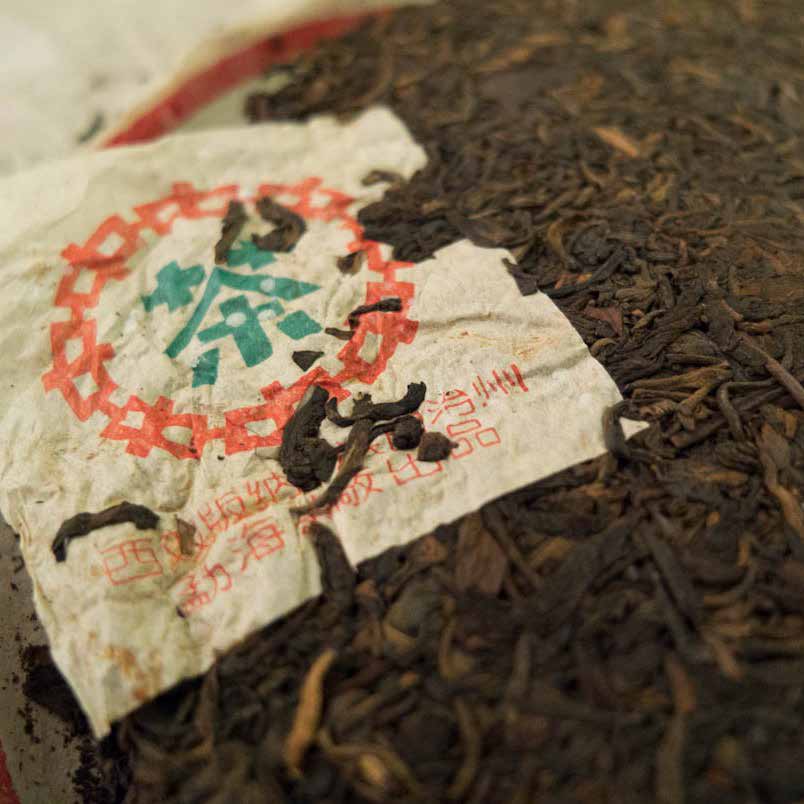 When the CNNP took over the production of Puerh in Yunnan they changed several aspects of the design used to package tea, as well as the blends and raw materials. Consequently, besides the change in management, these changes justify the demarcation of two eras of tea at this time. Firstly, all the teas were no longer called "Yuan Cha" or "Round Tea Cakes"; instead, they were all now called "Chi Tse Bing Cha", which literally means "Seven-sons Tea Cake". As mentioned before, the characters on these cakes all also changed from 'right to left' to 'left to right.' The cakes made by Menghai also began using Roman Pinyin font beneath the Chinese for the purpose of exportation. (Xiaguan and Kunming factories were slower in making this change). Menghai also began adding a nei piao between every cake and outer wrapping. Scholars often differentiate these nei piao tickets from the ones used in the Antique age by calling them "Description Tickets" and the latter "Stack Tickets". The nei piao from the Seven Sons Era were called "Description Tickets" because they contained short descriptions of the tea inside, sometimes with the region, product information or even marketing about the health benefits of Puerh tea. Again, Xiaguan and Kunming's early Seven Sons Era cakes didn't have these nei piaos inside. Of course, the name around the "8-Zhong Tea" was also changed from the China Tea Corporation to the CNNP. There were several other changes in packaging at this time, like the use of metal wires to tie tongs, factory and batch codes and even changes to the design of the nei fei tickets compressed into the tea.

Different authors end the Seven Sons Era at different times. Many modern factories are still producing cakes with the same packaging designs as those made during this era, and the continuous production of that design makes the delineation between the Seven Sons Era and what scholars call the "Modern" or "Newborn Era" difficult indeed. However, most all Puerh historians end the Seven Sons Era sometime in the mid to late 1990's. For us, 1997 is a good time to mark the end of this era because the private orders made by tea merchants to the national factories increased drastically after 1997. In addition, different kinds of wrapping styles emerged alongside the Seven Sons style. Since the beginning of the Newborn Era, the production and variation of Puerh tea has increased in a whirlwind of volume.