Recently, I've been deeply immersing myself in the two great joys of the tea lover: seasoning teaware and converting things that have nothing to do with tea into tools for preparing and serving tea.

The first of these is a gradual process, one that unfolds slowly over time. The role of the tea lover is primarily to observe and enjoy. We let the brewing and the Tea do most of the work with regards to seasoning teaware.

The second is a more active process, and one which extends far beyond the tea table, out into the world of daily life. Making 'non-tea' things into 'tea things' is an act which I have been delving into more and more since this spring.

As a hobby, making non-tea things into tea things has brought me great joy. But moreover, as a practice, it has helped me increase my awareness and expand Tea into all realms of my life. Yesterday, I reorganized my chaxi drawers. Reflecting upon the many beautiful and personally meaningful items I've converted into tea things, I decided to share glimpses into the act of making that which is 'not Tea' into 'Tea' through a few of these objects.

(As an aside, I use words like 'things' and 'objects' to describe the chaxi below. However, I've ultimately found them to be far more than that. They are useful tools, yes, but over time each one becomes a kind of helper-friend who supports the serving of tea. Each one has its own strengths and personality. As you get to know your own 'tea things,' you may also find that they become tea friends.)

Some of my very favorite 'converted' tea things are rocks and stones.

All of the rocks I use for chaxi were found in Nature, and still carry a vivid sense of where they originated. For example, there are some richly colored, brittle sedimentary rocks that I like to use as lid rests, tea pillows and decorative items for the tea table (depending on their sizes and shapes). They range a thin, flat, shimmery gray stone speckled with near-black dots to a chunky, multi-hued rock with color changes reminiscent of oil hovering on the surface of water, yet they all came from the same place. 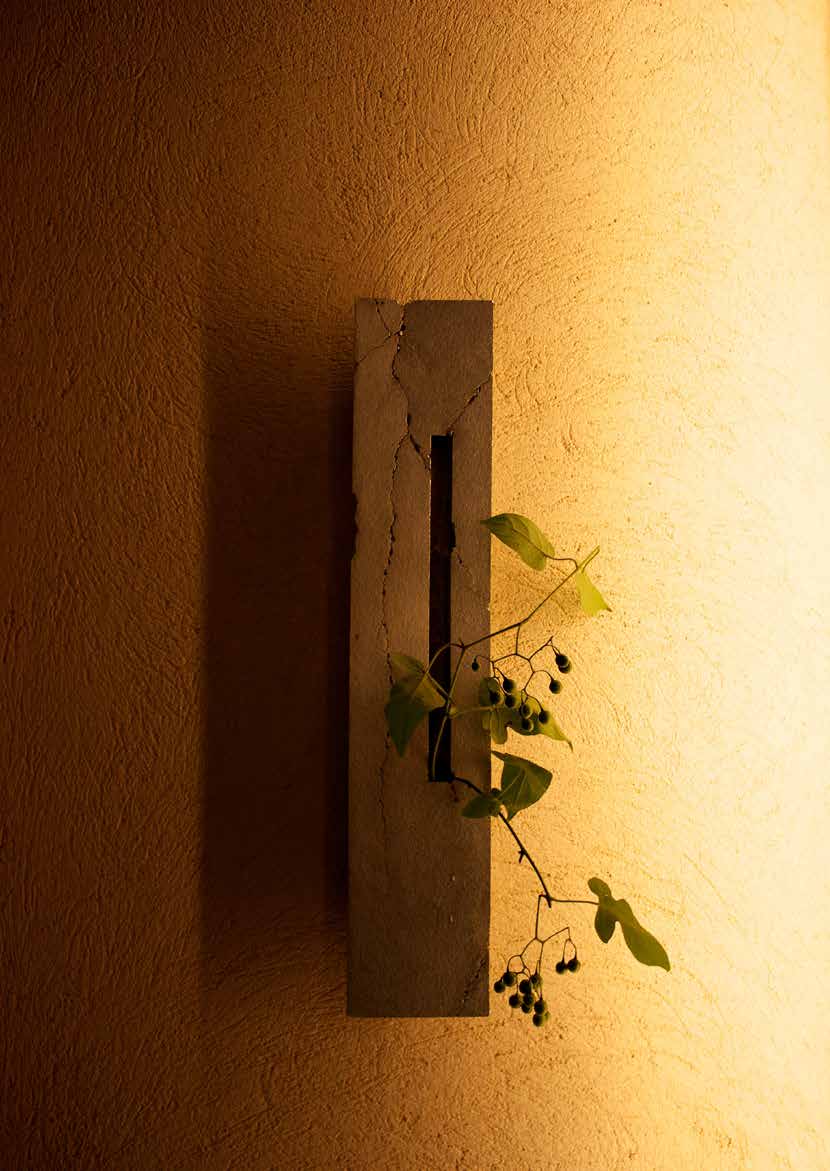 I found them along with Skylar, Shane and Wu De while visiting the higher reaches of Li Shan (Pear Mountain) on the way back from Taiwan's famous Taroko Gorge. Driving through the misty, winding roads of Li Shan, we reached a peak that was made up entirely of rocks like these. The rocks were so abundant that they were spilling out onto the road, and we couldn't help but stop five times or more to collect rocks. We found a couple huge ones for the main tea table at the Center, and some smaller ones for personal use. They retain the essence of the mountain from which they came, and provide a tranquil and elevated-yet-grounded feeling on the tea table.

The smooth river rocks I use as tea pillows and matcha whisk rests are similarly calm and grounding, as well as very cooling. These were found in a stream on San Lin Xi, a mountain in Nantou County famed for tea, bamboo and beautiful views, and they still hold a sense of the sound of wind soughing the bamboo groves when I place them on the tea table. Perhaps because they spent so long in a bubbling brook near a butterfly filled forest, they work well in more joyful tea sessions. And the stone 'tea pillow' I found on a shore not too far from Miaoli feels like something that has spent plenty of time deep in the ocean and brought great wisdom with it when it finally came up for air. Accordingly, I use it in more meditative tea sessions.

The gemstones that sometimes adorn my tea table were not items that I found in Nature, but rather in Yingge (Taiwan's pottery town). On trips there, we often stop into a gemstone shop for 'water crystals,' and I always like to keep an eye out for unusually shaped stones that might work well as tea things. The best ones I've found so far are small, rectangular stones that have a flat bottom and a top with a natural indentation. They make wonderful rests for tea utensils. The type of stone matters too, both in its appearance (soothing green versus invigorating red, for example) and in its energetic effects (heart-balancing jade, energy-focusing amethyst, clarifying quartz), so I try to choose them carefully when buying them and when placing them on the tea table. 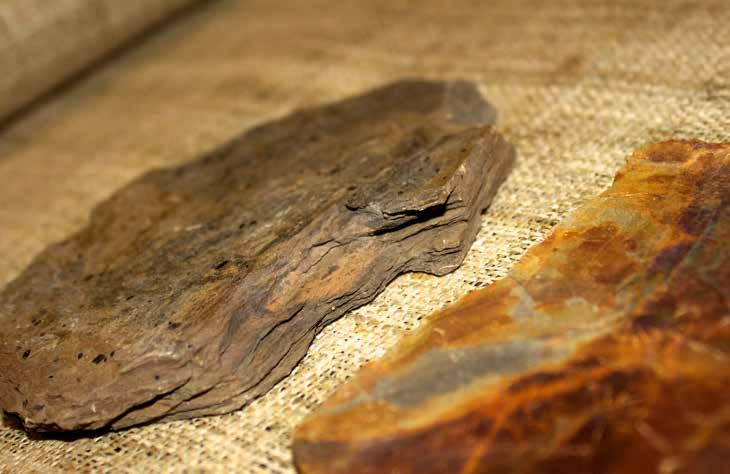 Every now and then, Wu De used to mention that there's a place near Miaoli where you can find driftwood. Recently, when Wu De was in America, Merlin and I decided to go on a little adventure and find this driftwood spot. Using intuition, guesswork and Google Maps, we found the mouth of an estuary that was littered with driftwood (and, unfortunately, with plenty of debris that had washed up from China). Picking through the rocks and refuse, we found a segment of bamboo root that makes and incredible lid rest, pieces of water-smoothed wood that are flat and large enough to hold a side-handle pot or a few teacups, longer stretches of root and branch that work well as tea utensils, and other pieces of driftwood that are more for look and feel than actual 'use.'

I find that driftwood has spent so much time in water that it resonates with Tea in a different way from regular wood. Also, its colors tend to be especially muted and serene, and its very nature has a certain 'accepting all that is' vibe to it. I usually use it for silent tea sessions.

You have to be careful with tea and driftwood, though, as the brine smell/flavor is often strong and will take months if not years to dissipate. You can try soaking the wood in hot water, even with a dash of non-toxic bleach. Alternatively, you can soak it in distilled water for two weeks, changing the water regularly.

While in Okinawa for my brother's wedding, I managed to find a few gorgeous seashells. Two of the large, flat shells I use as tea scoops. They display the tea in such a natural way, and can be flipped over after the tea is in the pot, making them doubly beautiful in many cases. And the smaller or spiraled shells make (depending on their shapes) good tea utensil rests or decorative items for the tea table. They are very well suited for summer, but one shell seems as though it will work for cooler weather, too. (It has a spire-like appearance, and is opalescent off-white, making it appear almost like a snow-covered mountain.) I especially appreciate these shells because they lend a sort of harmonizing effect to the overall feel of the chaxi and the tea sessions they grace (and also because they remind me of my brother and his lovely wife... though I try not to let that personal sentiment influence my choice in when to use the shells too much). 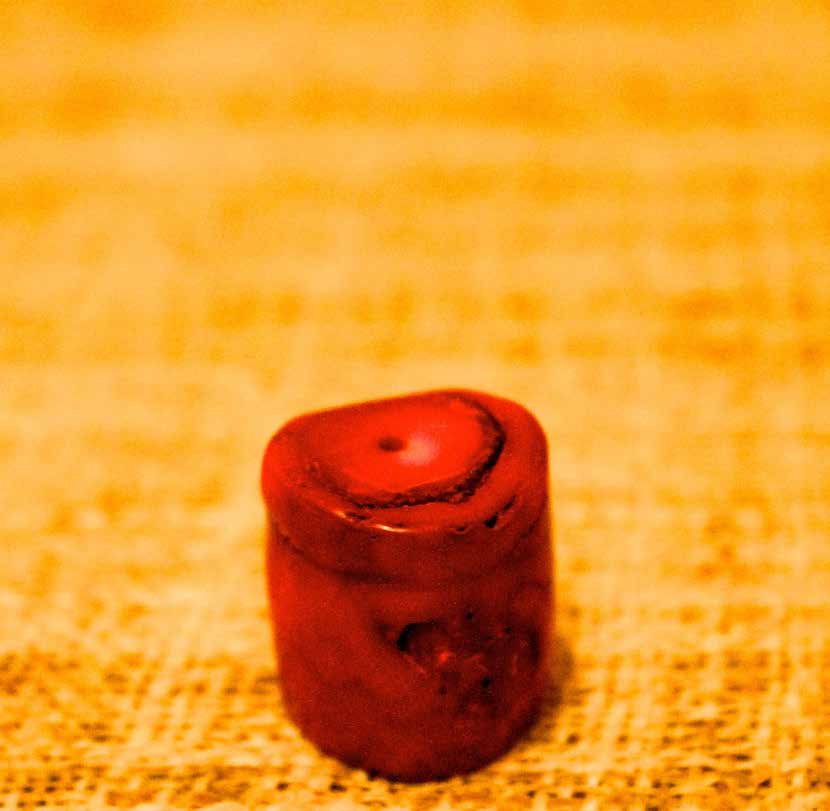 The coral is a contribution I have to credit to Nick. One day in Yingge, we visited one of our dear tea friends, who was making necklaces with red coral beads. I saw the light flash on in his head immediately. The perfect lid rests! His discovery inspired me to keep my eyes roving for potential tea things everywhere I look, and the coral lid rest I use today is a great reminder of that. It lends warmth and seems to get creativity and Tea wisdom flowing in tea sessions.

Although things from Nature can make magnificent additions to the tea table, objects that were fashioned by human hands in order to be used for things other than tea can also have their place.

As someone who loves fabric, I often keep an eye out for cloth (especially handmade or hand-dyed cloth) that can be used as a table runner, a surface for teacups or wrapping for teaware. These materials can bring softness and a certain cohesiveness to a chaxi arrangement, and can also serve as protection for your teaware. Beyond looking for new cloth, I have plans for a vintage obi (a kimono 'belt'), which I aim to have made into a table runner and a cloth case for my matcha set (chabako).

Speaking of vintage things, it seems that the passage of time makes certain objects especially worth using for tea. There's something about their ability to accumulate energy from human usage and the passage of time that makes them really special. So vintage cloth and antiques in general are often prized by tea lovers as converted tea items.

We use old wine cups as tea cups and saucers as coasters, for example. This is such a common practice now that most of the ones you can buy have already been used as tea things for quite some time. There are many items you can find that have yet to be used as tea things, and are awaiting the keen eye of a tea lover to merge them with Tea. (Be sure to ask Wu De about his antique telephone wire next time you see him!)

One antique item that's used for tea here in Taiwan is a kind of old-fashioned washing board. It's a wide, flat strip of wood with ridges running perpendicular to its length. Over time, the ridges wear down, so they are smooth enough to allow teaware to rest on the washing board gently, yet they retain these little gullies that carry off excess water from rinsing Yixing teapots. A few tea shops I've seen sell them, but usually for a pretty penny, as they are hard to come by these days. Incredibly, Merlin and I recently found one while scoping out an abandoned Japanese house here in Miaoli. We discovered it on the ground, under a pile of leaves, with a few roots growing along it and with one side bearing many more signs of exposure to the weather than the other. It was sheltered a bit by an awning, and had fared much better than a second washing board that had been without cover all those years, and had broken down into pieces over time. The surviving washing board is out in the garden right now as I type, and it will live there with the rain, the sun, the moon, the wind and the local tomcat until the one side is as weathered as the other. Perhaps it will be ready by the time you arrive to visit us here. If so, let's share a tea session over it and talk about chaxi. Until then, may you enjoy many tea sessions filled with connection to yourself, to others and to the tea things that enhance your tea table.