This April, we had the incredible fortune to serve tea at the Tadasana Yoga Festival in Santa Monica California. The hosts of the event designed a three-day fair near the beach with tons of music, yoga and workshops. They also graciously afforded us a huge tent to serve tea to the yogis and yoginis. We had an amazing time answering questions, some silly and some incredible, sharing tea and tea wisdom, and occasionally resting in some meditative calm, which was easy since most of the participants were heading into our tent after yoga, meditation or healing sessions. 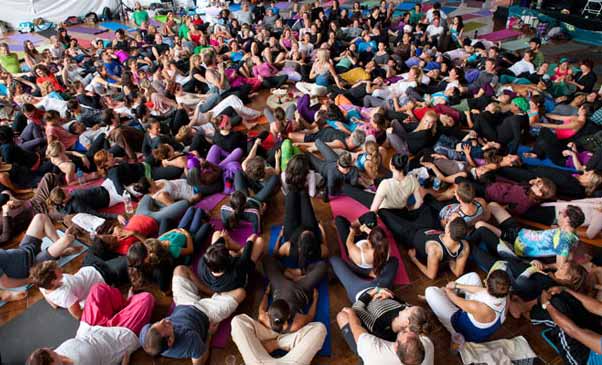 We set the tent up with three main tables: one serving boiled shou Puerh, with the occasional sheng to teach people the difference; a second table offering a variety of teas in different styles, with different brewers; and a third table offering Sun Moon Lake red tea in bowls, as you will be drinking this month. And they were so often full. Fortunately, the schedule at the festival offered the participants so many activities that few had time to stay for more than a few bowls, which allowed space and flow for others. There were several thousand people at the festival, and though we aren't sure, it is likely that we served the majority of them at some point.

Some of the many smiling faces that left our tent are sitting here in this Global Hut as we speak, changed by the tea they shared with us in those magical days. Several people came back repeatedly, exclaiming that it was their favorite tent of all. One of the organizers of the festival quite sweetly complimented us by saying that the only problem the festival had "was that the tea tent was too small!" It is hard to express how wonderful it is to connect to so many people, and share the life changes our tradition and this Way of Tea have had on all of us. 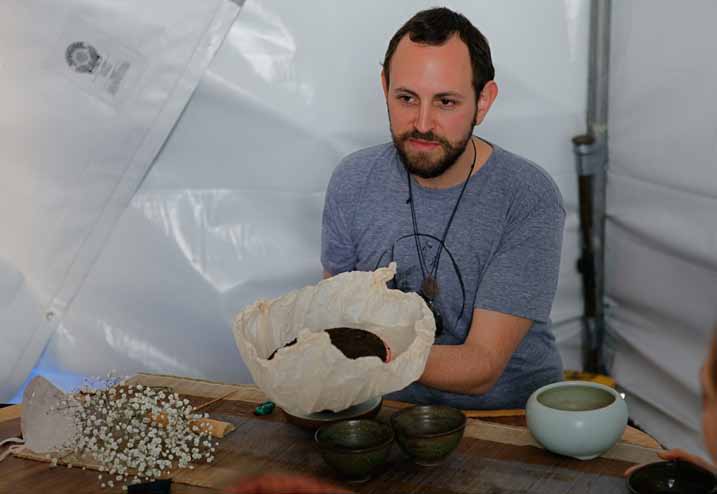 It was also amazing to see so many of our local friends and students show up to serve. They did an amazing job keeping a steady flow of water to the three tables, and did it with grace and humility. Others brewed tea - some with little or no experience making tea for such large groups - and did it smilingly and with open hearts. The response, of course, was what you'd expect. A lot of "I never knew..." and "Tea...really?"

It was also amazing to feel the positive energy that most of our guests were bringing in with them. There were several large yoga tents around us and sometimes we could hear kirtan from one, meditation from another and a workshop of some kind from the third. The energy was consequently sparkling, and I doubt so many people would have returned again and again if they hadn't been opened up and made ready to receive the tea. You could always tell the true tea lovers, though - the ones who the Leaf has been seeking. They were the ones asking the deep questions, resonating with the tea, the tent and us. They were the ones who felt like brothers and sisters before they sat down. 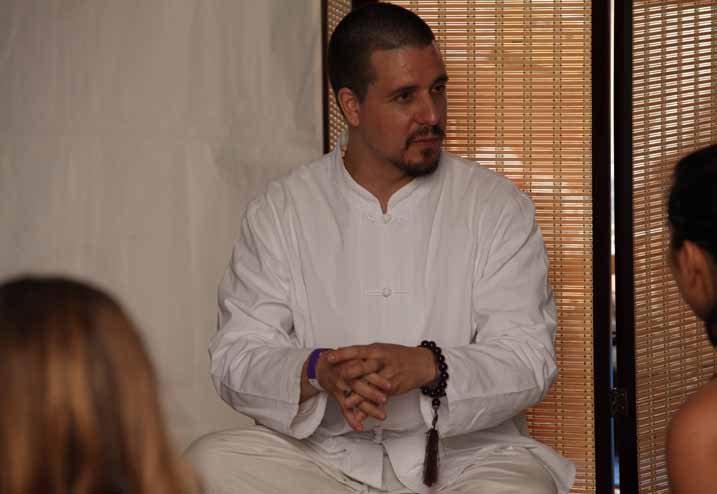 We had an amazing time. May all the positivity generated at Tadasana spread round the world. May tea take root in the hearts of all those whose soil is fertile, and teach us all of our connections to earth, each other and our true Self... Tadasana