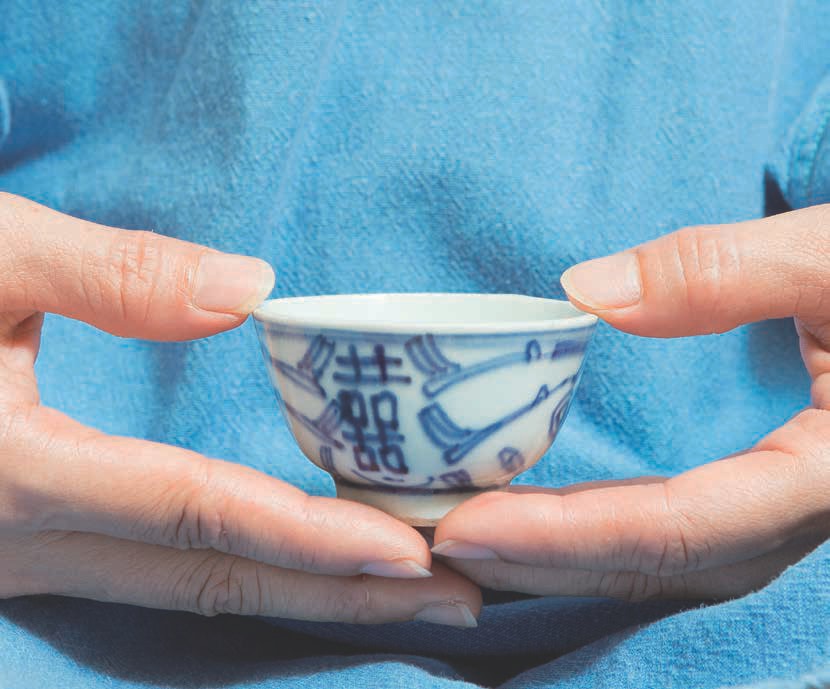 The decision to hike into Nature and fetch one's own water changes so much more than our tea; it also changes us. There is an indescribable energetic shift that comes from being in the quiet of the Wild, communing with Nature through sacred water and then returning home. Despite the ineffability, Nick so beautifully takes us along for the ride.

The day the clocks change to British summer, it dawns foggy and chilly. I'm not up particulary early and it is mid-morning by the time I am at the entrance to Jesmond Dene with Lexi the Collie.

Jesmond Dene is a remarkable place, a deep wooded valley in the heart of the bustling northern city of Newcastle, which was preserved for the community by the 19th century philanthropist Lord Armstrong. Walking into the Dene is like stepping out of the city into the wilds, and also like stepping back in time. It is a magical place.

Today the Dene is mistshrouded - the tops of the tall trees lost in the fog. There is something Oriental about the steamy scenery. In the fog, the veil is thinner and the trees and rocks seem nascent, sinking back into the unknowable, formless beginning. The crocuses and snowdrops have come and gone, but a scattering of wood anemones and primroses, the first greening of the trees, the chirping of songbirds and the occasional drilling of a woodpecker reminds that spring is well underway.

We follow zigzag paths to the valley floor where the Ouseburn gushes its way down to the Tyne. The paths are busy with Sunday morning dog walkers and runners. Today I am on a mission, and instead of the familiar route along the burn I seek a path I've not taken before that climbs steeply up the other side of the valley. Lexi is puzzled. She keeps running ahead and then looking back questioningly, unsure which way to go.

I am not sure either. I have found out that somewhere just beyond the west side of the Dene there is an ancient holy well known as "St. Mary's Well". I am on a quest for water for tea.

The path leads through a short tunnel under the road and emerges in an unkempt grove where stands the ruined chapel of St. Mary. Once, long ago, this was one of the most important pilgrimage sites in Britain and the home of a cherished Christian relic. Now it is all but forgotten - a few ruins amid a tangle of scrub and sycamore. But not entirely forgotten: vases of flowers and crucifixes adorn some of the empty window holes. There is a sense of holiness here and also of sadness and a longing for transcendence and tranquility that is just out of reach.

There is the inevitable tourist information sign, but it makes no mention of the well. However, a muddy path between the houses on the other side of the road looks inviting and a short walk leads to the place that I seek.

Through a wooden gate, down a short flight of stone steps into the shade of an ancient yew tree, there is the well, a stone lined basin set into a mossy bank. There are more flowers here, a crucifix and a small statue of the Virgin Mary. She looks so similar to Guanyin. The word "gratias" is engraved on the stone above the basin.

And here, hidden away in suburbia, is water: living water, flowing from the Earth, pure and unpolluted as it has been for hundreds, maybe thousands of years. "Gratias," indeed.

While Lexi sniffs around, I stand for a while in meditation, feeling the Earth under my feet and the Sky above and letting the sense fields open to my surroundings: the vegetal, earthy smell of the place, the shades of green, brown and grey, birdsong, the steady drip of water from nearby trees, the sound of an airplane high above.

Wordlessly, I begin to feel that sense of connection, that Nowness which tells me that the spirits of this place welcome my presence. I would like to linger for longer, but Lexi is getting impatient. I'm not sure she really approves of Daoist contemplation. I taste the water. It is sweet with a hint of stoniness and surprisingly warm.

I fill the two bottles that I have brought and after a few more minutes of contemplation, toss the traditional offering of a small silver coin into the well, call Lexi to heel and depart.

An hour later I am home. I decant the precious water into a stoneware jar I found yesterday in a charity shop. This is an important moment for me. I have been feeling my way into Cha Dao for some time, but up till now have been content to use bottled or filtered water.

I carry my jar of water to the music room which doubles as a tea space. My chaxi is simple today: a green man printed cloth for the connection with ancient Britain and Nature worship that the well represents. A candle floating in a bowl of water, a few shells, a piece of driftwood and a small statue of a turtle, a Daoist symbol for the Water element, completes the theme. My teaware is a little rice bowl which serves as a chawan. And the tea? What could be more appropriate than the puerh I have received from Global Tea Hut!

After a few minutes of silent sitting, I carefully ladle water into the kettle. I've never done this before; it's usually been a matter of glugging some water haphazardly from a bottle. But I really want to be with the water today and the slow mindful ladling seems to honor the water with the respect it deserves. Looking, really looking at the clarity of the water I am pouring reminds me of Laozi's words:

Do you have the patience to wait until your mud settles and the water is clear?

I have a smart temperature-controlled kettle that I couldn't really afford, but a few months ago seemed essential. At the time, the idea of being able to judge water temperature by eye and sound seemed impossibly difficult. But today, I leave the lid off the kettle, ignore the temperature dial and watch and listen as first steam begins to rise, then the first tiny bubbles, then strings of bigger bubbles....

Bowl tea is for me perhaps the ultimate expression of Cha Dao. The simplicity and the immediacy of leaves, water and a bowl takes me right into what Daoism calls "zi ran", the spontaneity, the naturalness of things as they are. I have no words to describe the rest of this tea session...

Why so much fuss about water? Am I crazy to have spent the best part of three hours collecting enough water for a couple of tea sessions? What is wrong with bottled water or filtered water? For me this is part of a process of growth as a Chajin. For most of my life, I drank tea as a beverage and was content to fill a kettle from the tap. Later, I passed through a short phase of tea connoisseur, or perhaps "tea snob" would have described me better. I filled my supermarket trolley with bottles of Volvic or Highland Spring water because only the best would do.

However, very soon Tea became my teacher, and in silent sessions alone and intimate tea sharing with friends awakened me to Her deeper meaning. Cha Dao became "practice" as much as sitting meditation, and it became a way of being in the spirituality of Nature. Bottled water was perhaps "gongfu" but it was not Cha Dao.

I can sit in my tea space and pour Volvic into my kettle. I can have an outer appearance of simplicity and tranquility and ignore the environmental impact of plastic bottles transported by fossil fuels across hundreds of miles, but how deep is such harmony and reverence? Cha Dao was asking me to see clearly and be responsible for my wasteful, consumerist actions and step back to a simpler and more honest connection with Nature. Cha Dao was asking for more effort and mindfulness on my part than casually turning on a tap and filling a filter jug.

In my tea journey, I had already embraced the idea of "living tea." Tea that is organic, grown lovingly by small farmers following ancient tradition and passed to me through bonds of friendship rather than business. My teaware has that living quality too, almost all of it coming to me in chance finds or as unexpected gifts. Now it was time to bring water to life as well.

There are hundreds, maybe thousands of wells and springs across Britain to be sought out as sources of water for tea. Some are officially sacred, some quietly ignored in the perfection of their ordinariness. Not long since, almost within living memory, they were our only source of water. If the well dried up or became tainted, there would be no water. Water mattered as it does today in so many parts of the developing world. Water, all water, not just water from "holy" wells, is sacred!

This does not mean that I will never again turn on a tap connected to the public mains supply to brew tea, but I hope that when I do there will be a little more awareness that water is just water... and is more than water.

Just as I am finishing this article, I open We De's book, Tea Wisdom, at random and find these words by Buddhist scholar Dennis Hirota: