Falling Off the Tea Wagon

Falling Off the Tea Wagon 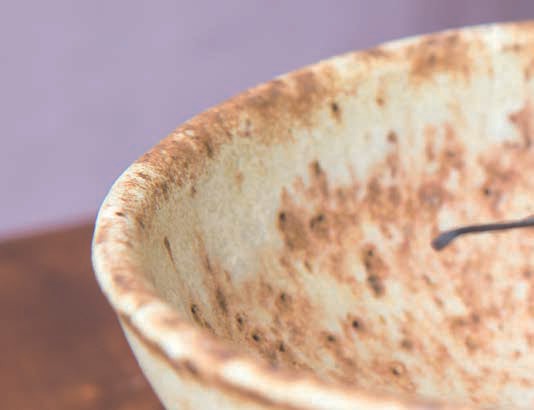 In his own profound and humorous way, Mike shares his experience starting and falling off a tea practice, inspiring himself and us all to start again.

There are many spiritual traditions that advise a daily practice. After attending a ten-day course in Vipassana meditation as taught by S. N. Goenka, a non-sectarian technique open to one and all, it is strongly underlined that the bare minimum amount of practice required to maintain continuity of progress on the Path is one hour in the morning and one hour in the evening. A neophyte might shudder in disbelief that one could meditate that much every single day. From the experience of the wiser among us, this is what it takes, and so that is the prescription. There is no strict regimented prescription for a particular pattern of Tea practice, yet one can safely assume its practitioners think drinking tea regularly, if not daily, is a great idea!

In Tea Medicine, one of the homework assignments given is "A Week of Tea", drinking bowl tea in the morning every day for a week. My experience of the homework went something like this: I drank Sun Moon Lake red tea in a bowl (Thanks, Wu!) one-on-one with my wife for five of the days, one day by myself and missed one day somewhere in the middle. The results were invariably wonderful: my wife and I grew closer; my wife realized how deeply she loved drinking tea. I began the process of "giving myself permission" to enjoy tea (I have very strong monastic and stoic tendencies), and we both opened up to Tea as a spiritual path. We saw tangible benefit to our lives throughout that week. It took some time afterward for me to establish this practice as a habit. (Having three small children to wrangle each and every morning doesn't help the cause!) But once Tea took hold of my life, it became one of my strongest allies, supporting me at every turn. It became a tool I could use to feed energy into my meditation practice if it ever became burdensome. It became a way to reconnect with people if relationships turned sour. Every session told me yet another important story and pointed me in another important direction. Tea was money in the bank. Wu De says it like this:

It's important to wake up in a positive way, because the first note of the symphony sets the tone for the whole piece. While it is possible to shift course later on in the day, the more momentum we build in a certain direction, the more difficult that will be to achieve.

In my experience, the continuity of a tea practice ensures a certain level of protection - most importantly protection of myself from myself! Also, in my experience, not maintaining continuity of practice dramatically increases the potential for unskillful engagement with the world, which tends to bring about various forms of misery. I am here to talk about that in more detail. Like a parent who tells their child a foreboding story in order to get them to behave properly, here are some examples from my life that should serve to keep you on the straight and narrow Tea path: After a long run of daily meditation and daily tea, I was really happy. Elements in my life that were previously damaged, like my love of making electronic music, started to get repaired.

Because I was waking up to a meditative tea session each morning, my inner guide was lit up and ready to go. As I started to tarry with my musical demons, I found that decisions about which way the art was supposed to go were made thoughtfully and with care. I quickly repaired all my broken equipment, software and music making methodologies after years of stagnation. Solutions that were previously unavailable to me appeared suddenly. Not only was this sharp new "me" making art fun and alive again, life itself was more fun and alive. Relationship issues between my wife and I began to improve, slowly. There was a palpable sense that things were on the up and up. A positive momentum had established itself in my life.

In some sense, it is true that all good things must come to an end. For me, falling off the Tea wagon came after I took advantage of Tea's generosity one too many times. A few months ago, after a particulary difficult patch of fatigue that came from the grind of raising three kids, with all the crying and gnashing of teeth and obstinacy that only one's own children can provide, I spontaneously gave myself permission to stop meditating every day. This was after months of successful meditating and drinking tea, in whatever hours I could get, staying committed to what I knew to be the best way to live a life so far, and honoring, through the discipline of daily practice, all that Tea and meditation had done for me.

Rather quickly, the spots I had reserved to start and end the day right, before and after all the din of the household life, were taken over by a less wholesome lifestyle. Without waking up to tea and meditation, I started waking up to doing chores straight away, to nonsense on my computer or to convenience foods instead of a healthy breakfast. Without closing the day with a reflective tea session, I was staying up later and later trying to play catch-up with everything I felt I needed to get done. This soon led to waking up to feeling like everything I had in my life was annoying: my bothersome kids, my overwhelmed wife, my messy house... (Even the fact that I wasn't drinking tea or meditating regularly itself became annoying!)

Regularly sitting and drinking tea had amplified the volume on the shrill inner voice inside of my own head that acted as a guide and set me up for sure success. Tea was a taskmaster: it told me when it was time to stop drinking tea and transition to doing the accumulated dishes in the kitchen. It told me when it was time to close up late night work on a song and head to bed. Without Tea, this voice got quieter and quieter. The dishes piled up. I kept myself up all night working until the early morning on music tracks that usually turned out to be uninspired. Soon, after all the physical abuse to my body, from both the exertion and the accumulated stress, I got sick. Not just any sick - three weeks of fever and a nasty bout with tonsillitis at the end. I couldn't meditate or drink tea even if I wanted to. My wife had to bear the brunt of the household and she wasn't happy in the least.

After reestablishing my health somewhat, it still felt like restoring myself with good daily habits was Herculean work. I continued on without regular Tea and meditation. At a certain stage, weakened and disheartened, self-absorbed and addicted to avoidance, I started mistreating the ones I was supposed to be loving in my life. But I am happy to report that I've recently received the wake up call that enough is enough and I am now back on the Tea wagon. And now my kids are my kids again, my wife is my wife, my house is my house...

The juxtaposition between what I remembered my old noble life to feel like and the new Tea-less wasteland started to become abundantly clear. Only a Tea life is worth living! I am not saying that drinking tea would have prevented me from getting sick or that it can provide absolute protection from the vicissitudes of life, but I am saying that the disciplines we are lucky enough to have knowledge of and access to, those that we experience directly as powerful formulas for healing and success in life, are much more useful to us than the supposed freedom we gain once we let go of them. May I be yoked to the Tea wagon for life!