Despite it's blue-tinged name, this month's tea is actually a Red Tea. So, since we're sending you a Purple Red Tea, we figured it would also be a good time to share more about Red Tea. In this article, I'll be delving deeper into Red Tea's name, processing and history. In a separate article, Kaiya will be talking about Red Tea from a more personal perspective.

You may be surprised to know that Red Tea is the most popular type of tea in the West. How is it that most Westerners drink Red Tea without ever having heard of Red Tea? Simple. It just isn't usually known by that name in the West.

In China, where Red Tea originated, it was (and is) known as 'Hong Cha' (literally, 'Red Tea'), after the reddish color of its infusions. However, early in the tea trade to the West, very little information was exchanged when the tea was handed over for silver. (Come to think of it, things aren't usually much different today!) Even things like teas' names could be (and often were) terribly misunderstood or mangled in those days. And so it came to be that the name Red Tea was dropped in favor of 'Black Tea', which referred to the dark, withered leaves of the tea. (After all, these already dark leaves were likely made even darker by the long and salty boat journey from China to Europe and to America.) The name 'Black Tea' stuck in the West, but in recent years there has been a shift toward more tea awareness and the spread of the term 'Red Tea'. 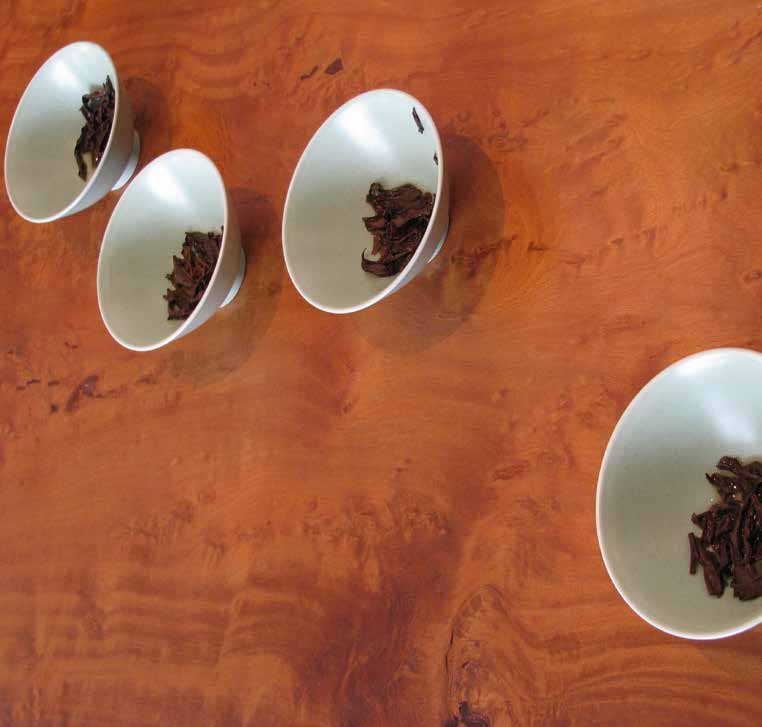 Unlike other tea types, Red Tea typically has leaves that dwell in the red-to-black range of the color spectrum. This includes the muted orange of Dian Hong, the deep rust of Assam Second Flush, the greenish-black of Darjeeling First Flush and the blueblacks of many Keemun and Ceylon teas. Regardless of the color of the leaves, though, the infusion is typically dark and warm in color, i.e. deep tan, rust red or espresso brown. The colors of Red Teas' infusions and leaves (which resulted in the names 'Red Tea' and 'Black Tea,' respectively) are both primarily the results of tea processing.

As we explained in last month's newsletter, different tea types are processed differently. While processing is not the sole differentiating factor (Indeed, varietals, terroir, harvest seasons and many other factors can make substantial differences!), processing often makes the most profound difference in how a given leaf's liquor will look, taste and feel by the time it reaches your teapot or bowl.

Harvesting
Either by hand or by machine.
Heavy withering (or 'piling')
This step involves piling the tea in woven trays or in large troughs with fans to circulate air and remove moisture as it evaporates. The withering process reduces moisture content and initiates oxidation.
Rolling
By machine or by hand, for up to 90 minutes. This breaks the cell walls and releases their essential oils, allowing the air to interact with otherwise trapped chemical components.
In the case of CTC (Cut, Tear, Curl) Tea, rolling is combined with additional steps which chop the tea leaves into tiny pieces, causing them to quickly oxidize, and then rolled into pellets as it is further oxidized and dried. CTC processing is an efficient and cheap means of tea production, so CTC Tea is commonly used in teabags and in less wealthy tea-drinking countries, such as India and Sri Lanka. CTC Tea is intended to release all its flavor very quickly; it usually lasts only one infusion or two to three boilings. Just having spent five months in India, I can tell you from personal experience that it is harder to appreciate the culinary and spiritual aspects of tea when it is processed in this way.
Further oxidation
This optional step entails additional exposure of the leaves' essential oils to oxygen. It involves letting the tea sit for up to a few hours before the oxidation is halted with heat. This additional oxidation results in further changes in the tea's flavor, aroma, color and impact on Qi when drunk.
Baking or firing
These quick, high-heat processes halt oxidation and dry the tea for storage.
Sorting
By hand or machine. In this process, waste material (such as large stems and tiny, broken leaf fragments) is removed. In India, Sri Lanka and other countries geared toward mass production of Red Tea, different sizes (or 'grades') of leaves are divided into separate batches.
Flavoring and blending
These optional steps are usually reserved for commodity grade teas and some specialty teas rather than handmade or single-batch teas. For example, teas like English Breakfast Tea and Afternoon Tea are typically blends of many different batches of tea, while teas like Earl Grey are typically made of blended teas that are flavored with essential oils and / or other ingredients. However, there are some handmade teas that are flavored or blended, such as true Lapsang Souchong from Wuyi Shan, which is aromatized with pine needle / pine bough smoke.
Packing
Tea leaves are stored in bags or boxes for shipping and the containers are labeled with the lot number, if applicable. 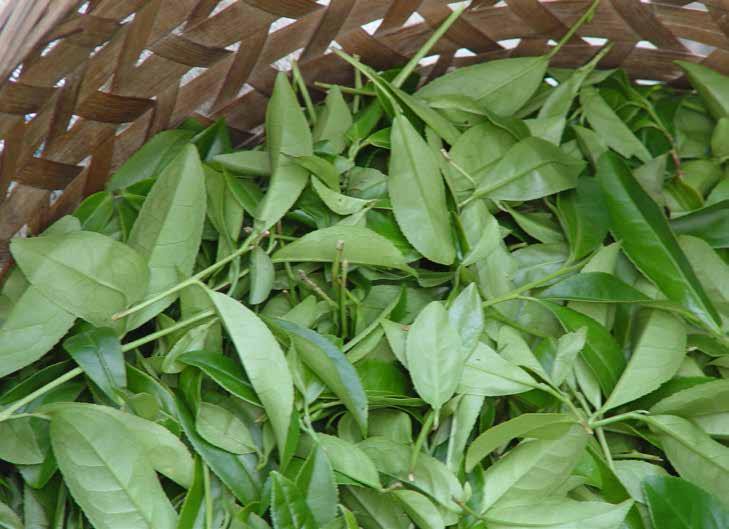 You may have noticed that three of the eight steps above involve oxidation. Heavy oxidation is the main differentiating factor between Red Tea processing and other types of tea processing. It is what brings out the deep colors and the aromas and flavors of fruit, malt and tobacco leaf in Red Tea. It's also a factor in Red Tea's relatively long shelf life.

There is some overlap between tea types with regard to oxidation. For example, a dark oxidation Oolong such as Wuyi Cliff Tea may be considered to be an Oolong in China and a Red Tea ('Black Tea') in the West, while a lighter oxidation Red Tea from Darjeeling or Nepal's first flush (spring harvest) may be thought of as akin to an Oolong. However, Oolong tea entails several steps that are not utilized in Red Tea production, differentiating it from Red Tea despite the occasional similarity in oxidation levels. Therefore, while oxidation is a key difference between Red Tea and other tea types, it is not the sole difference.

The Ming Dynasty saw many developments in tea processing, including Oolong Tea, Flower-Scented Tea and Red Tea. Later, in the Qing Dynasty, many of the teas developed during this age of innovation were evolved further.

As with any timeline detailing groundbreaking developments, there is some controversy over when the 'first' Red Tea appears. Accordingly, there are several origin stories about Red Tea. Some claim that the appearance of Wuyi Cliff Tea (also known as "Congou Black Tea" in the West, and as we discussed above not really a Red Tea at all) in the 15th or 16th century heralded the age of Red Tea, while others credit it to the appearance of Xiao Zhong ('Souchong Black Tea') in Fujian around 1730 or to various Red Teas that were developed in Qimen in the 1700s. Later, around 1875, the technique for making Gong Fu Hong Cha was introduced to the Anhui region, a major producer of Qimen (Keemun) Red Tea to this day.

Ultimately, which tea was the 'first' Red Tea didn't matter much to the local tea drinkers of the time - in general, Red Tea wasn't very popular with them. However, starting in the early 1800s the export markets in Europe, the American colonies and the Middle East couldn't get enough of the stuff. Some attribute the international popularity of Red Tea in particular to Red Tea's shelf stability (a necessity in long ocean journeys), while others say that it has more to do with the compatibility of the bold flavor profiles of Red Teas with the cuisines of Germany, England, France and other nations where Red Tea has become the default tea type. 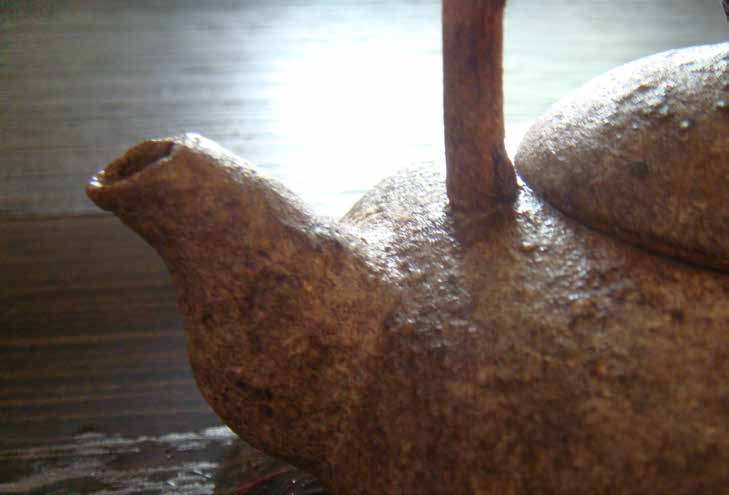 It was this popularity that led to large scale production of Red Tea in China, and to the eventual theft of tea seeds, tea plants and tea production techniques, which were taken by Scottish and English adventurerentrepreneurs and transplanted to India and other colonial territories (such as modern day Sri Lanka and Kenya). These entrepreneurs took their limited knowledge of tea production and used it to fashion machines that replace the handmade aspects of tea processing. The availability of cheap Red Tea fueled its popularity as a tea type further, making it the most popular category of tea in the West to this day. Today, Red Tea is produced using this machine-driven approach in many countries, including Brazil, India, Indonesia, Rwanda, Sri Lanka, Thailand and Vietnam. More recently, machine-made Red Teas have appeared in Japan (where they are called Wakocha or 'Japanese Red Tea'), and machine-made Red Tea has even made its way back to China.

Meanwhile, Green Tea and Oolong remain the most popular types of tea amongst tea drinkers in China. However, in recent years the interest in handmade and more traditionally made Red Tea has seen a resurgence in China, Taiwan and elsewhere, resulting in a wider availability of handmade Red Teas from China and Taiwan (including the Sun Moon Lake Red Tea we mailed in May). For this and other reasons, the characteristics that Red Tea drinkers in China and Taiwan prefer tend to be different from the typical tea drinker in the West. Instead of looking for a dark color in the infusion or boiled liquor and a bold flavor that can handle milk and sugar, these tea lovers seek out beautifully shaped leaves and infusions that are best savored without any additives. Also, while most Red Tea drinkers steep their leaves only once, those opting for more traditionally made Red Teas prefer to let the leaves open up gradually with many short infusions, savoring their tea patience and their inner spirit rather than gulping them from a to-go cup while eating a pastry on the way to the office.

Fortunately, this newfound appreciation for more traditional Red Teas is spreading beyond China and Taiwan. It is our hope that you will be able to further your own growing appreciation of Red Tea with the Purple Red Tea this month, and to perhaps even spread the love for Red Tea in general. But I won't go on about this further just now... that's best left to Kaiya's article this month!