This month's tea is one that has a very special place in all our hearts here at the Tea Sage Hut, and I've actually been excited at the prospect of sharing it with all of you for several months now. Literally every month I've gone to Wu De and said, "Why don't we send everyone the Purple Red Tea this month?" So it's exciting to finally be sharing it and drinking it together now. It's a tea we drink here so often that I don't think any of you has visited us without having had the chance to drink it several times, and with good reason. There's something about this tea that really sets it apart, something particularly deep that stirs me at a more primal level than the other Red Teas I know; there's just something about this tea.

From my experience of Red Teas, there is unusually great power in this one; I find the Qi to be robust, uplifting, and evenly spread rather than hitting a particular part of me. I am more likely to listen to music that is a bit slower and deeper than I would with other Red Teas, perhaps some chants or something more rhythmic, rather than something more melodic. Similarly, I feel this tea is especially at home when drunk from a bowl, but if you have a Gongfu pot give both ways a try. It's wonderful in a side-handle pot too, and I drink it that way as well from time to time, but it seems to almost always ask me to sit with it the way its friends of old used to in the jungles, long before teapots were made.

If it's a rainy spring or summer morning, or a crisp fall afternoon, I'm much more likely to reach for a Red Tea to warm me up. I also have found that all the Red Teas I have are quite agreeable after a meal because their flavors are strong enough to get through whatever I've eaten without much influence, and their energies are good for digestion. With the exception of this month's tea, I have found that my Red Teas are more conducive to giving me a boost of energy at the start of my day or during work; they get my heart pumping and my blood flowing. I took the Purple Tea to work one day however, and while the kids definitely liked having a teacher who magically wasn't nearly as concerned with scolding them as usual, I decided to stick to taking my Sun Moon Lake tea with me because I am both calmer and more alert at the same time when I drink it. 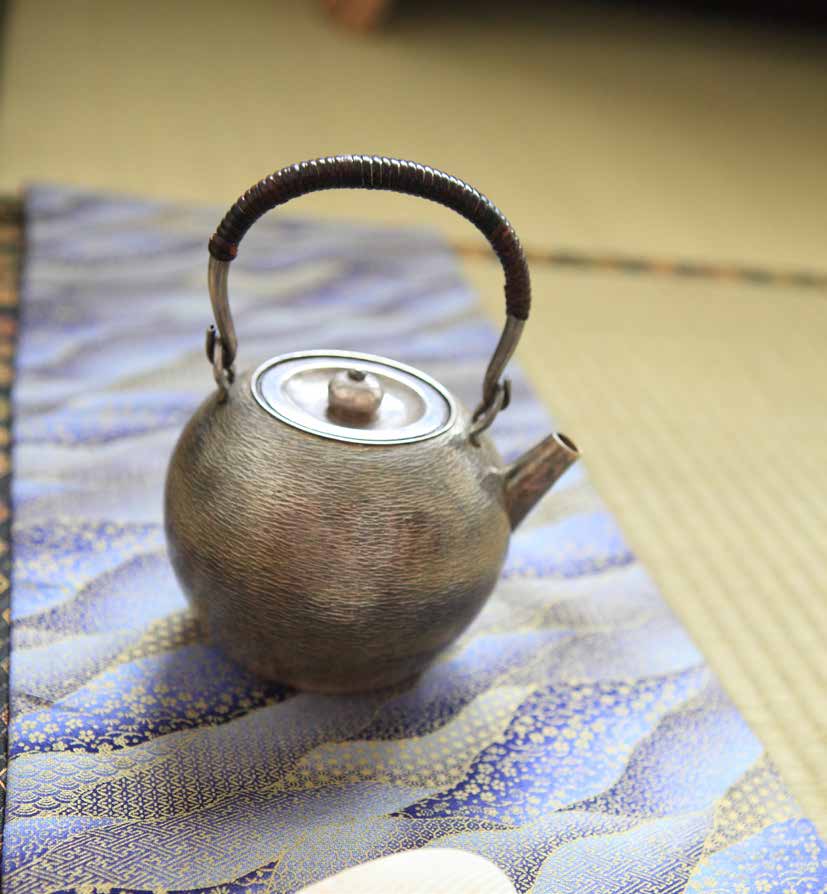 Actually, although it is more pronounced in some of the Red Teas I drink than others (we have a Red Tea cake that we call 'Joy' for example), all the Red Teas I have besides the Purple Tea seem to trend in this direction energetically. It's as though the rhythmic energy that beats slowly everywhere with the Purple Tea is centered on my heart. With my other Red Teas, however, there's a gentle uplifting and melodic Qi that radiates outwards into the rest of my body with great liveliness. I find that my finer Red Teas, the ones that always ask me to brew them Gongfu, have a higher percentage of this melodic Qi, whereas the simpler ones such as Joy, the Sun Moon Lake tea and Purple Tea, which are happiest in bowls, have more of the rhythm and heart energy. I should make one caveat regarding this however; the simpler Red Teas I just mentioned are all old-growth trees (Joy for example comes from thousand-year-old trees in Yunnan, and the Sun Moon Lake tea comes from old-growth bushes in Taiwan), so they are naturally disposed to deeper Qi; but it's also not a coincidence that they go so naturally into the bowl for the same reason. I don't have any fine old-growth Gongfu Red Teas to compare, however, but I shall most joyfully provide an update whenever that opportunity presents itself!

If you have the option, the clearest comparison of these energies would be Joy and the Red Tea from Wuyi, with Joy having the most heart and rhythm and the Wuyi tea having the more uplifting melody. But most of you have some Sun Moon Lake tea (which was May's Tea of the Month), which I would describe as almost right in the middle; both elements have a lot of presence in that tea. If you were with us in May, try listening to the 7th and 12th tracks of the CD we sent you in particular, as these are pretty much the musical epitome of the dynamic I'm trying to describe; these songs are both masterfully balanced, just like that tea. I'm sure we'll be writing an article pretty soon on pairing music and tea, which can be difficult, but perhaps you'll find it useful to begin experimenting from here. The basic object is to choose a music with the same energetic frequency as your tea, so to use the example of drinking Joy, I choose a music that is anything celebratory yet centering, something a bit loose and free; but if I drink the Wuyi Red Tea Gongfu, I choose music that is more refined and elegant.

I've heard it said that Red Teas aren't patient. However, I have come to disagree. My experience has been that they are much more patient than I could ever be. I remember the first time I realized this when I was brewing the Wuyi Red Tea for just the second or third time. After only five or six steepings, I had the thought that the tea was spent, since it had gone from a deep red and the accompanying burst of flavors to a pale yellow and just a simple sweetness already. However, my kettle still had plenty of water and I didn't want to waste it, so I drank another steeping, and was shocked to realize that it was the best yet! Amusingly, the same exact thing happened towards the end of the second kettle, then thethird, and the fourth. "Surely it's done now", I would think, followed by a "Wow! Where did that come from!?" Finally, I ran out of time. Having drunk upwards of thirty steepings I had to clean up and go to work, reluctantly emptying my pot of the leaves which seemed still nowhere near finished offering me cups of increasingly simple, subtle sweetness. Yes, those steepings had almost none of the flavors the first few had, but then again if there are six steepings of the one and twenty-four+ of the other, which is really the heart of the tea? It's hard to say. (I'm also admittedly spoiled on fine Red Teas.)

In the end, every bit of this is relative and personal, so I hope that you find this article useful without letting it get in the way of your own interpretations. I know that I would love to hear yours, so perhaps some of you will write about it on our forums this month! Similar experiences, dissimilar experiences, musical discoveries, anything that comes up is always welcome...