Liu An belongs to the black tea family and is known for the way it is compressed into bamboo baskets, giving rise to two different names: "Liu An basket tea" (六安藍茶) and "Liu An bamboo rain hat tea" (六安笠茶). In English, you may also see it called "Lu'an" tea - liu and lu are alternate pronunciations of the character "六." Liu An tea is well-known around Hong Kong, eastern Guangdong, and Southeast Asia. For a long time, it was mainly supplied to Southern Chinese nobility and wealthy Southeast Asian merchants, which led local growers to give it a third title: "sacred tea." Let's explore this tea's many names throughout history!

Liu An basket tea is made from carefully selected raw materials and is highly regarded among black teas. The finished tea has a glossy black luster to it and the liquor is strong and red; the flavor rich, sweet and clear. It should ideally be aged for at least three years - much of the tea's identity lies in this one word, "aged." Early on, it was used in medicines as a "guiding herb" to enhance efficacy, and according to Traditional Chinese Medicine it also has cooling properties that dispel excess internal heat. These qualities, along with its sweet, mellow flavor, have seen Liu An enjoy widespread popularity both in China and abroad, from the past until the present day. We are so glad to celebrate the resurgence of Liu An tea.

As a result of Liu An's fame, there are several other types of tea that share its name: Liu An Stems, Liu An Melon Seeds, and Fragrant Liu An. Many tea lovers find this quite confusing, so in this article we'll take a detailed look at each of these three teas, in the hopes that it will help clear up the mystery for all of you Liu An tea lovers out there! 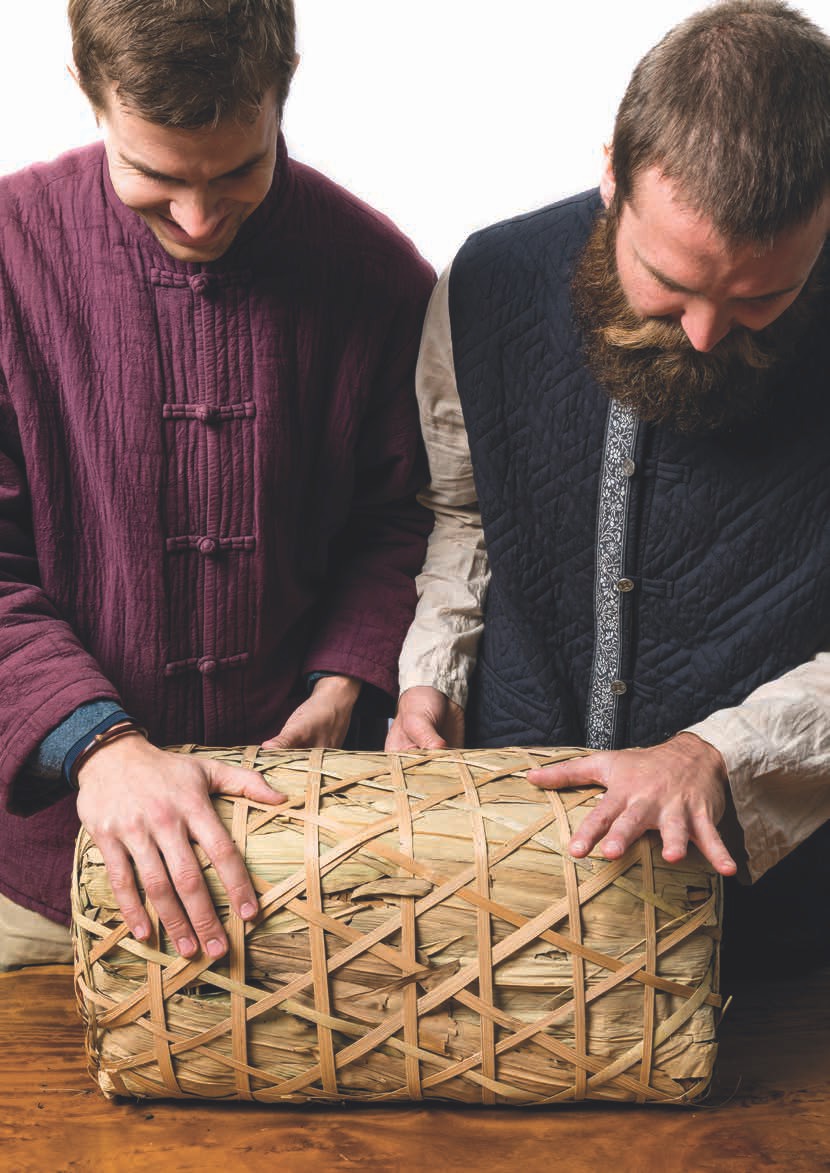 Liu An "Bones": Stems Without Leaves

This tea is made up entirely of tea stems, with no leaves - hence its Chinese name, liu an gu (六安骨), which literally means "Liu An bones." It's sometimes also referred to as liu an zhi (六安枝), or "Liu An twigs." If you smell the dry tea "leaves," you'll notice a sort of oven-baked aroma. The flavor is mild, and the stalks are aromatic with a subtle sweetness. This tea was always quite popular among the older generation in Hong Kong. Sadly, it more or less disappeared from the market around the early '90s, leaving many tea lovers to search far and wide for it - and perhaps eventually to chance upon the story of this tea's origins and the reason for its disappearance.

The original material used to make Liu An Stems was, in fact, the stems from Anxi Tieguanyin tea. Back in the Planned Economy Era, so the story goes, China's tea exports were restricted by quotas. The Tieguanyin tea leaves produced in Anxi were usually exported with the stems still attached, to places like Hong Kong and Malaysia. The tea merchants then had to remove the stalks themselves before they could sell the tea, but they were reluctant to waste the tea stems by simply throwing them out. So, they re-baked the stems and sold them cheaply as a new type of tea. Because of its reasonable price, this new tea became the go-to choice of many Hong Kong households. After being re-baked, the tea stems had a flamecured aroma and a gentle yet rich liquor. Add more than thirty years of aging, and the tea became even more mature and interesting, gaining quite a following among Hong Kongers and overseas Chinese.

Toward the end of the 1980s, however, China underwent export reforms, and a group of Anxi tea merchants went to Hong Kong to sell their tea themselves, so they no longer needed to export the finished tea with the stems still attached. This meant that the source material for Liu An Stems was no longer available, and the tea slowly disappeared from the market. 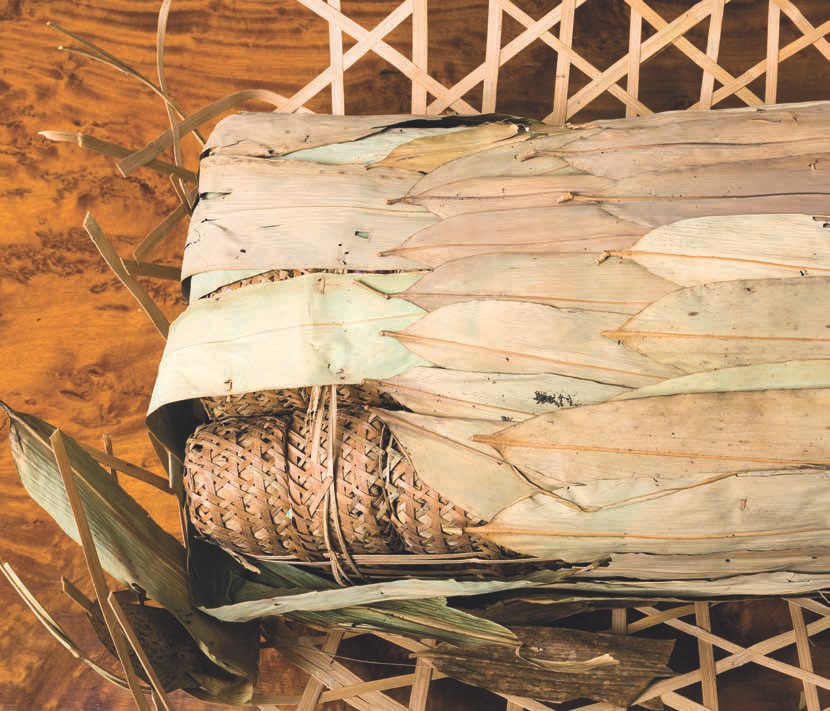 Liu An Melon Seed is a green tea named for the shape of its leaves. In Chinese, it's known as "liu an gua pian (六安瓜片)," or sometimes simply "pian cha (片茶)," literally "seed tea." This tea's main characteristic is that it only contains the tea leaves themselves, with no tea buds or stems. It's also harvested a little later than other green teas - the best time for picking is around Guyu, or "Grain Rain," the sixth term in the Chinese solar calendar, which runs from April 20th to May 4th. As the name of the tea suggests, the leaves resemble melon seeds in their shape when brewed - they are naturally flat and open, straight and evenly shaped, with slightly raised edges and a lovely emerald-green color. The liquor has a clear, refreshing aroma, and the flavor is mild and fresh with a sweet aftertaste. High-quality Liu An Melon Seed will also show a subtle hint of ripe chestnut.

Liu An Melon Seed tea is produced in three counties of Anhui Province: Lu'an, Jinzhai and Huoshan counties. In particular, Qiyun Mountain in Lu'an City's Jinzhai County produces some of the best tea of this variety. When brewed, it produces a wonderful, wafting steam that rises through the air like mist, giving it a most poetic name: "Qiyun Cloud and Mist Melon Seed."

Many of the processing techniques for Liu An Melon Seed tea are quite unique, from picking to shaping, firing to drying. There are five main steps in the manufacturing process. It begins with pan-firing over a lower heat, then a higher heat; then three "firing" or baking steps: first firing, "small flame" firing, and "old flame" firing. Thanks to its fine quality and cultural and historical significance, Liu An Melon Seed has been recognized as one of China's ten famous historic teas. A considerable area in the Lu'an region is devoted to growing this excellent tea, and it has gained quite a following in the overseas market too, from Europe to North America, Korea and Japan. 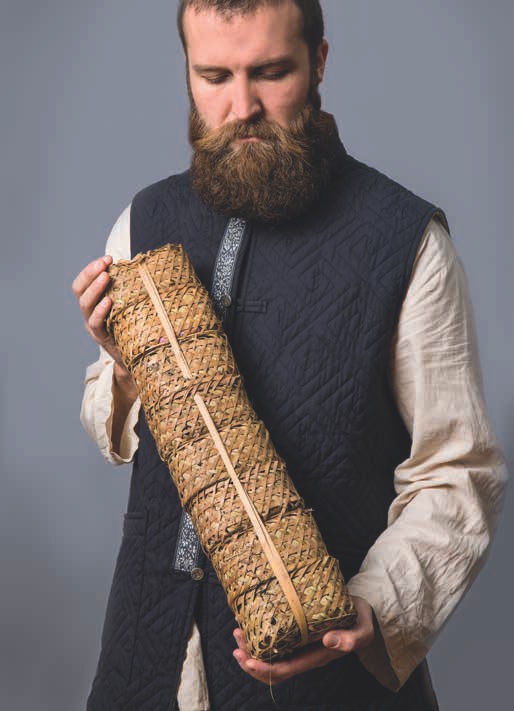 Fragrant Liu An, or xiang liu an (香六安) is a house-made tea blend created in Hong Kong's old-style tea houses. It's made using loose-leaf Yunnan puerh and the buds of Aglaia odorata - a shrub with tiny, fragrant, pale-yellow flowers. In Chinese, this plant is known as mizi lan (米籽兰), or "rice seed orchid." In addition to these two ingredients, the tea blend contains green tea and red tea leaf fragments - this was originally a way for the tea houses to use up lower grade tea leaves. This blend made for an original flavor, and Fragrant Liu An has been quite popular for a few decades among people looking for a mid- to low-priced tea.

Hopefully, our broad overview of these quite different teas that all share a name has helped shed some light on the situation! As we've seen, Liu An Stems, in fact, bear no relation at all to Liu An basket tea, but are instead a tea variety invented by thrifty Hong Kong tea merchants to salvage their Tieguanyin stems. Liu An Melon Seeds, on the other hand, share half of their name with Liu An, due to their common place of origin: Qiyun Mountain in Jinzhai County, in the Lu'an City region, has long been known for producing high-quality Liu An Melon Seed tea. The other half of the name, of course, comes from its distinctly shaped leaves that resemble melon seeds. And finally, we have Fragrant Liu An, which is a signature in-house blend of old-style Hong Kong tea houses, made mainly from puerh leaf and flower buds.

So, despite their shared names, all of these teas are quite distinct from each other. Liu An basket tea is the most famous of the group, renowned for its soothing, thirst-quenching liquor, and its medicinal properties. While Liu An basket tea is highly regarded for its aged quality and its fascinating history, Liu An Stems, Liu An Melon Seeds and Fragrant Liu An are all unique teas in their own right. Each one has its own story and its own special charm.