The four main areas where puerh tea was traditionally aged were Hong Kong, Guangzhou, Taiwan and Malaysia. Each place takes pride in the way tea turns out locally. Of these four, Malaysia offers the most unique storage conditions, since Hong Kong, Guangzhou and Taiwan are relatively close together and similar in temperature and humidity. Malaysian stored tea is very special and certainly worth exploring in an article and if you can drink some tea stored there!

Malaysia is made up of two main landmasses, separated by the South China Sea: East and West Malaysia. East Malaysia is made up of two states, Sabah and Sarawak, which are located on the island of Borneo. West Malaysia (or Peninsular Malaysia) is made up of 11 states and one federal territory (Kuala Lumpur), and is situated on the Malay Peninsula. Malaysia has a tropical monsoon climate, which means that it doesn't have four distinct seasons. Thanks to the southwest monsoon, though, it does have a relatively dry season from May to September. From mid-November to March, the northeast monsoon brings a lot of rain to most regions, especially Sabah and Sarawak in East Malaysia. By mid-August, the east coast of West Malaysia is universally more humid than the west coast, thanks to the frequent rains. The daytimes in Malaysia are hot and dry, and the evenings are pleasantly warm. The average yearly temperature is between 25 - 30 °C, and the average humidity is around 60 - 80%. So, the temperature and humidity remain fairly constant all year round. And many tea lovers think this is ideal.

With the goal of finding out more about how puerh tea is stored and aged in Malaysia, I talked to a tea master with a wealth of experience on the subject: Master Lin Pingxiang (林平祥). He has spent many years immersed in the world of tea and has a lot of knowledge and experience of Malaysia's geographical environment, and of storing puerh. According to Lin Pingxiang, most Chinese immigrants to Malaysia settled in West Malaysia, so naturally there were more lovers of Chinese tea there, too. Malaysian society is made up of many cultures and ethnicities, and Malaysia also went through a period of British colonization, so the Chinese merchants living in Malaysia were a lot more open and accepting toward other cultures than some of their contemporaries who settled in other countries.

As a result, Malaysia's local Chinese population were familiar with a wide variety of beverages, from coffee and English-style "black" tea to puerh, green tea and oolong. Because of this, they didn't tend to strongly prefer any one type of drink or tea culture, and tea leaves tended to simply be stored in natural conditions. By contrast, in Taiwan, one must look after puerh very carefully during storage, to prevent the changing seasons from influencing the character of the tea. 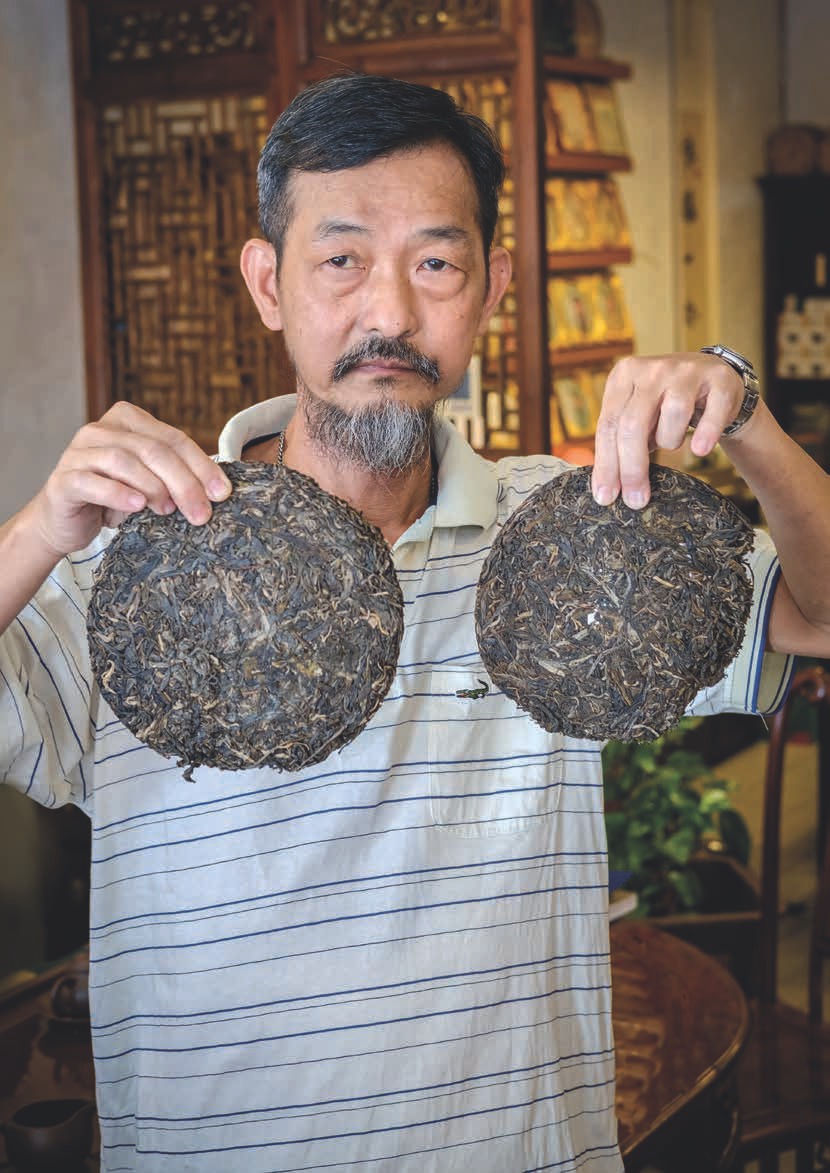 Across the sea in Hong Kong, according to Lin Pingxiang, tea merchants have a lot of practical experience when it comes to storing puerh, so they've developed a very comprehensive and expert set of storage techniques. Most tea lovers in Malaysia choose to store their tea in their own houses, as they're generally not as short on space as their counterparts in Hong Kong and Taiwan. According to Master Lin, any space with good ventilation and no odors is suitable for storing tea. But, he warns, one does have to be careful with most modern houses in Malaysia, especially one- or two-storied terraced houses, as their rooves are somewhat lower and the ventilation not as good as that of old-style houses. This means that the temperature inside the house can tend to rise in the daytime. So, he recommends that if your house has rooms at the front, middle and back, rooms in the middle are the best option for tea storage. This is because they are the least influenced by changing outside temperature, smells and humidity. In two-storied houses, the ground floor will tend to be more humid than the top floor.

Master Lin also believes that "raw" sheng puerh maocha and old tea should be stored differently. Sheng puerh is best stored in a slightly more humid place to aid the aging process, whereas old tea prefers a drier climate to stabilize the changes in the tea. Of all the places in Malaysia, he finds that Ipoh in northern Malaysia and Sungai Lembing in Pahang State are particulary good for aging sheng puerh cakes, because they have a higher concentration of negative ions due to their low-lying geography. On the other hand, districts closer to the central mountain ranges, such as Bentong and Kuala Pilah, are excellent for storing old puerh tea, as they have a relatively low humidity throughout the year.

Master Lin also pointed out that some houses and shops in Taiwan are equipped with a basement, and a small number of tea lovers and merchants will store their tea there. In these cases, thanks to their careful monitoring of the tea, it tends to age every bit as well as tea leaves stored in other environments.

As well as Master Lin Pingxiang, I also once had the good fortune to interview Mr. Ya Shun (亞順), the business manager of Perak State's Qiu Ming Tea Company. Drawing from his many years of experience with aging puerh, Mr. Ya told me that many people are in the habit of putting sheng puerh cakes on an aluminum shelf to age in their original cardboard box. However, unless the tea has already had at least five years of aging, he recommends foregoing the box and placing each cylinder of tea cakes individually on the shelf for optimal results. He also advises that, if you are storing the tea in cardboard boxes, you shouldn't place the boxes right next to each other, but rather, you should leave around an inch of space between the ends of each box to allow the air to circulate properly. Ventilation is a key to successful puerh storage. 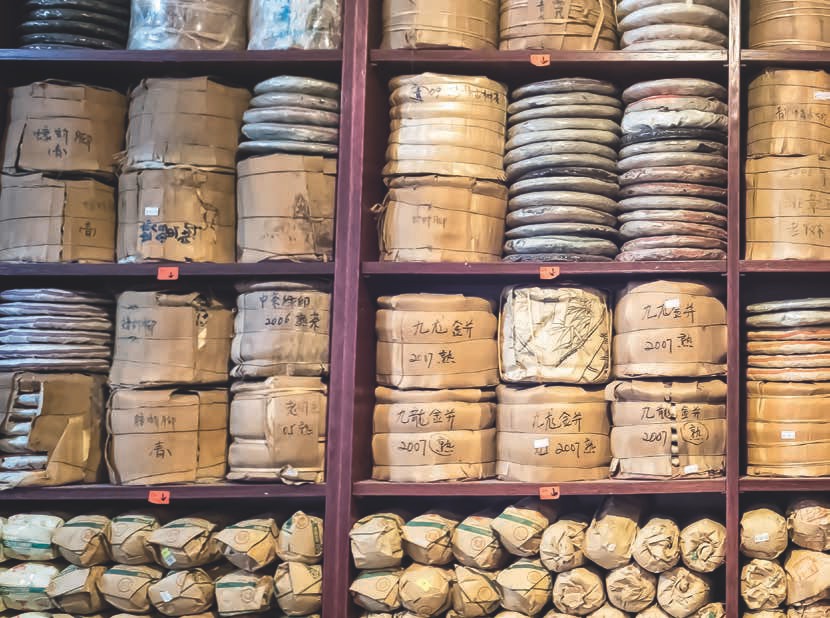 Puerh tea packaging, especially that of traditional bamboo leaf-wrapped puerh cakes, has a lot of artistic merit. Because of this, Mr. Ya Shun encourages people who only need to store a small volume of tea to display the tea cakes in their original cylindrical packaging in the living room. Your average living room will tend to be free of any strong odors, and the puerh tea will add a certain feeling of culture to the atmosphere as well as looking decorative. Of course, if you want the absolute best result from your puerh, Mr. Ya still advises a separate storage space if possible, as this will allow the aromas from the tea to mingle together, which is beneficial for the evolving character of the tea as it ages. According to this advice, I myself (located in the Kuala Lumpur area) store my tea in a separate space of its own.

I advise storing sheng puerh and shou puerh cakes separately. It's also good to store a reasonable amount of tea in one place, as this will allow the aromas from the tea to mingle. It's also important to move the tea to a different place at regular intervals according to the passing time and changing humidity, to allow all the tea leaves to develop and change evenly. When storing tea leaves, Malaysian people are careful to keep them away from the floor and walls, no matter what the storage location. Add to this the consistent year-round temperature and humidity, and Malaysia really does make for an excellent natural storehouse for puerh. Master Lin Pingxiang has conversed with many overseas tea merchants and Chajin over the years, and has found that they have a deep appreciation for puerh aged in Malaysia - in fact, some of them have gone so far as to buy houses in Malaysia specifically to store tea.

Most Chajin from around the world who have tried Malaysian-aged puerh also tend to agree that it is of a very consistent character and an excellent natural flavor. Some friends and I once took a few puerh cakes that had been aged in Malaysia to Yunnan's Heyang

The puerh cakes we took over to share with Director Dong were ones that she had compressed herself. After drinking the tea from these Malaysian-aged puerh cakes, she expressed great surprise: she had drunk tea from the same batch of cakes that had been aged elsewhere, and found that the tea from the cakes aged in Malaysia was superior in flavor, with a natural fragrance that was both fine and rich. 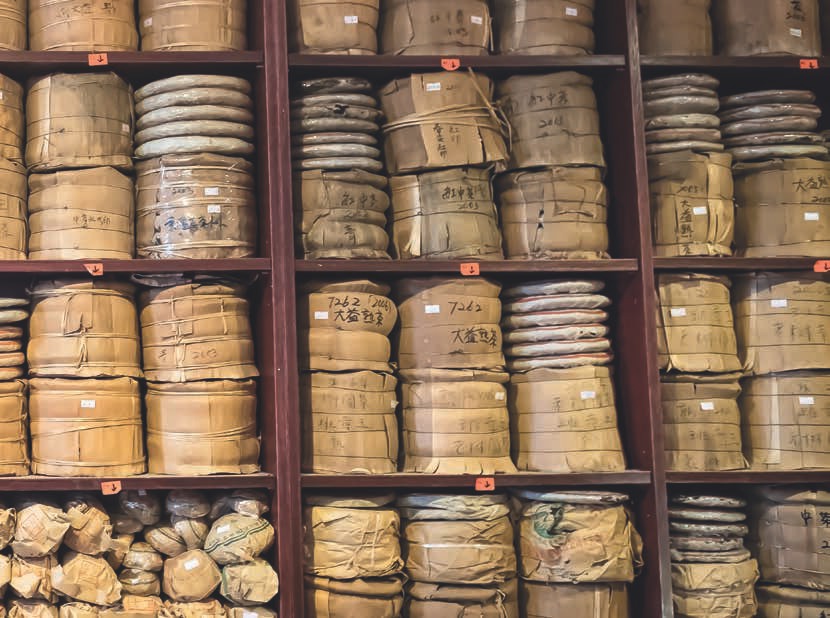 As we've seen from these examples, Malaysia provides an excellent environment for aging puerh compared to most other countries. Although local Chajin do not really have a concept of "storehouses" as such, and puerh storage methods are still in a stage of discovery and experimentation, there have not as yet been any incidents of people setting up morally questionable "rapid aging" storage warehouses. According to Master Lin Pingxiang's observations, the growing demand for puerh in recent years has inspired many local Chajin and tea sellers to pursue more specialized and scientific storage techniques. When coupled with the already ideal climate and environment, this will be instrumental in taking the refinement of Malaysian puerh to a new level. It's very heartening to see the effort and dedication that today's Chajin and tea industry professionals are putting into advancing puerh tea culture in Malaysia, and to witness their common hope for the future of puerh.