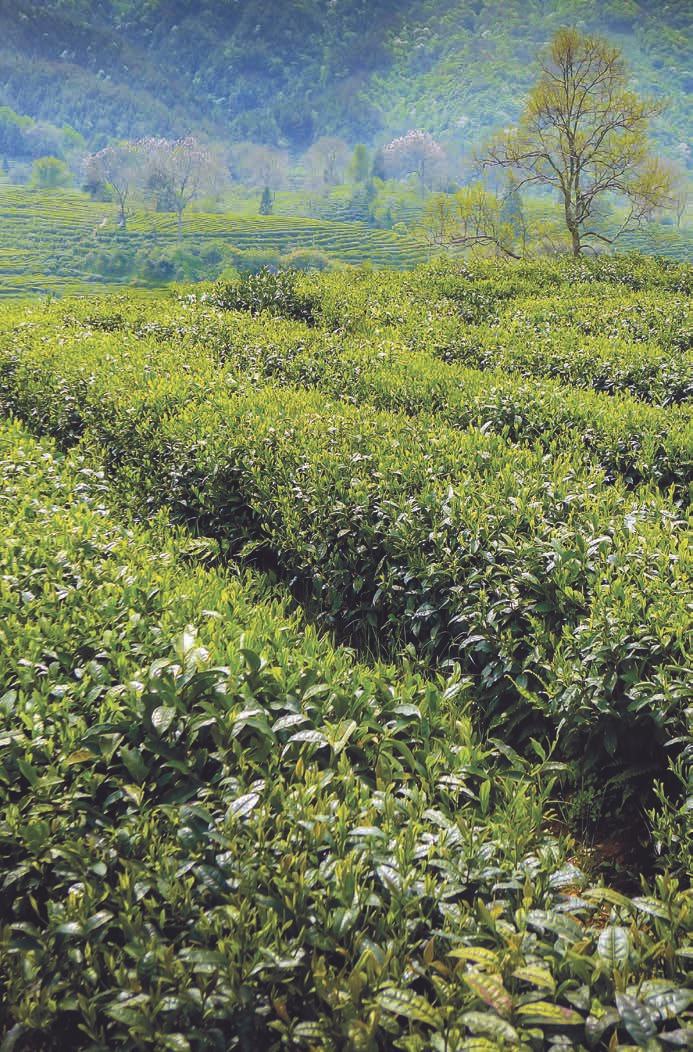 Qimen has been known for its tea production since the Tang Dynasty. Tea production techniques have also evolved over several dynasties, from earlier methods of rubbing and kneading the leaves to the more recent pan-firing method used to produce green tea. Up until the time of the Qing emperor Guangxu, Qimen had always produced green tea. It wasn't until 1875, when Yu Ganchen (余干臣), a native of Yi County in Anhui, returned home from his official posting in Fujian Province to become a merchant, that this began to change. Yu admired the Fujianese red tea, often known as "Min Hong (閩紅)" or "Fujian Red," for its rich flavor and popularity on the market, so he began to produce red tea locally. The next year, he set up a tea shop in Shanli Village in the west of Qimen, and thus began the success story of Qimen red tea. At the same time, a Qimen native by the name of Hu Yuanlong (胡元龍) was also starting the "green to red" trend, and set up the successful Rishun Tea Factory. From that time on, red tea production in Qimen continued to grow and flourish, making Qimen one of China's major red tea producing regions. Qimen red tea is known as "Qi Hong" in Chinese (祁紅, literally "Qimen Red"), and is also known in English as "Keemun" tea, after an older anglicization of "Qimen."

This "green to red" phase in Qimen's tea history was largely motivated by changes in the international tea market. At the time, the overseas demand for red tea (or "black" tea, as it was called outside of China) was growing rapidly, which directly spurred the growth of red tea production in China. Fujian Province's three main types of Min Hong gongfu red tea were not being produced in anywhere near a large enough quantity to satisfy demand. So, red tea production expanded to the north and took root in provinces such as Jiangxi, Hubei, Hunan and Anhui. Qimen in Anhui and Ningzhou in Jiangxi were known for producing the finest teas.

Meanwhile, in the United States in 1875, Chinese green teas were already not selling as well as their Japanese counterparts; this, along with the sudden increase in demand for red tea, presented a challenge for the green tea export market. Qimen, which had always produced green tea, began to feel the influence of the international market. Shifting toward red tea was the most prudent response to the changing circumstances. Thus, Qimen burst forth onto the international red tea market, and since then, the export market has been the main driver of red tea production in the area. The tea industry continued to develop along these red tea lines, up until the founding of the People's Republic of China in 1911.

When the planned economy era began, all purchasing and marketing of tea was controlled by the State. Several decades later, in 1984, the State Council announced policy changes, easing market restrictions; with the exception of tea sold directly across China's borders, all tea for the domestic and export markets could now be freely bought and sold. The changing tides of policy led to a reversal of the trends in Qimen, and a "red to green" phase began to emerge. This was because red tea was mainly produced for the export market; now that the State no longer bought and sold tea on their behalf, many small rural private enterprises in Qimen didn't have the ability to sell tea for overseas export. So, they turned to green tea, which was popular on the domestic market and which they could easily harvest, process and sell by themselves. Today, the green and red tea industries thrive in Qimen.

At present, Qimen County governs seven "townships" (an intermediate administrative division) and eleven villages. Of those, only two produce mainly green tea: Fufeng Village in the southeast and Anling Township in the north. The green tea produced there is mainly Maofeng tea. If you ever have the chance to visit a rural Qimen family in their home, you'll be welcomed warmly with a cup of green tea - surprisingly, though, it isn't Maofeng, but rather a simple homemade green, fired in their own pans. The raw leaves for green tea are generally picked in March, in early spring when the leaf shoots have just begun to sprout; the leaves for red tea are harvested later, during the second wave of growth. 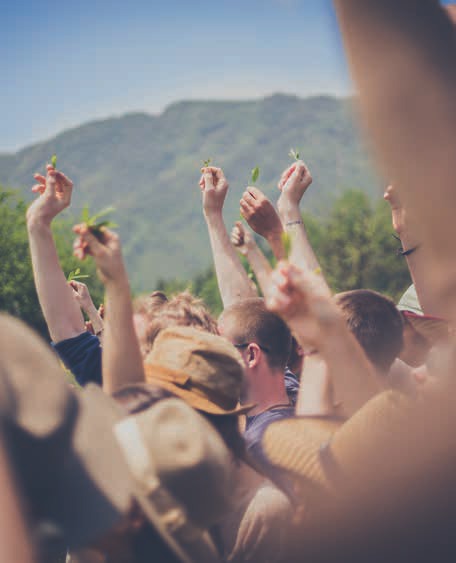 We had an amazing time in Qimen. We picked stunning red tea from an organic farm, similar to that which we sent out as last month's Tea of the Month. We also visited the tea factory and took a tour of their small museum and met the lovely sixty-year-old tea master Min Xuan Wen (閔宣文), featured in last month's issue, who showed us how red tea is hand-rolled. We then had one of the most amazing tea sessions of the entire trip. With the speed and efficiency that only tea lovers know, we waited until the museum/factory closed and converted their hospitality area into a lovely chaxi. We set up five tables, each with flowers gathered from outside, and we used the five Yixing pots we had commissioned for the trip, with a special stamp on the bottom commemorating our travels. We brewed a 1930s Liu An tea from Qimen, drinking in silence for hours. Everyone was enraptured, and we returned to our lovely hotel (many said the best of the whole trip) and continued steeping the tea until late at night in our rooms. The next day, we got up early and boiled this amazing tea yet again, carrying it with us in thermoses for the bus ride! 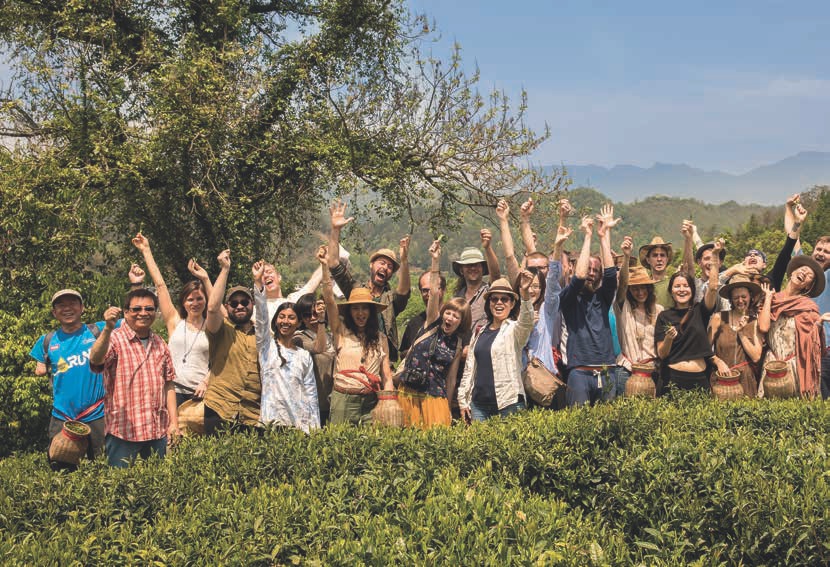 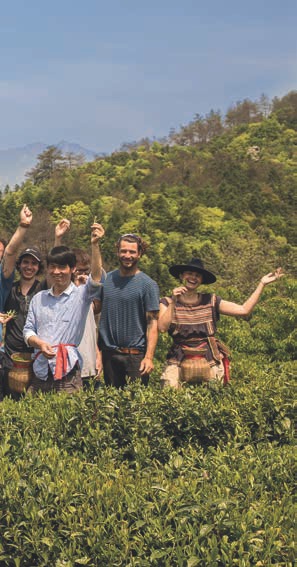