Gong Chun - The Legend of Where It All Began

Gong Chun - The Legend of Where It All Began 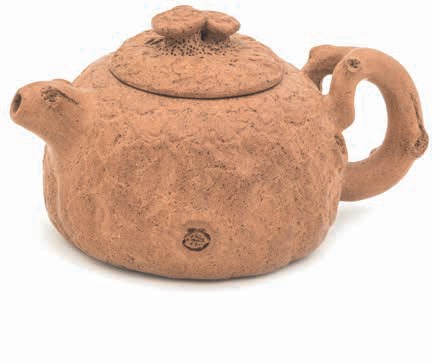 uring the reign of the great emperor Ming Zheng De, there was an official in Nanjing named Huang. Huang was a kind and gentle soul. He loved his family, the arts and especially tea. His friends often gathered in the nearby hills to drink tea, compose poems, and more often, listen to the Qin. Huang was an amateur painter, better at calligraphy, but, as all his friends said, the most skilled at brewing tea of all their acquaintances. Not only did he command a vast knowledge of tea, tea history, processing and lore, but he also had a very sensitive palate. Huang was able to tell which tea they were drinking, what quality it was and sometimes even which spring water was being used. But old Huang was a simple, happy man who enjoyed the peace and prosperity of the Ming Empire, never boasting of any expertise or offering his opinion in any but the humblest way. He was a true Chajin, in other words. 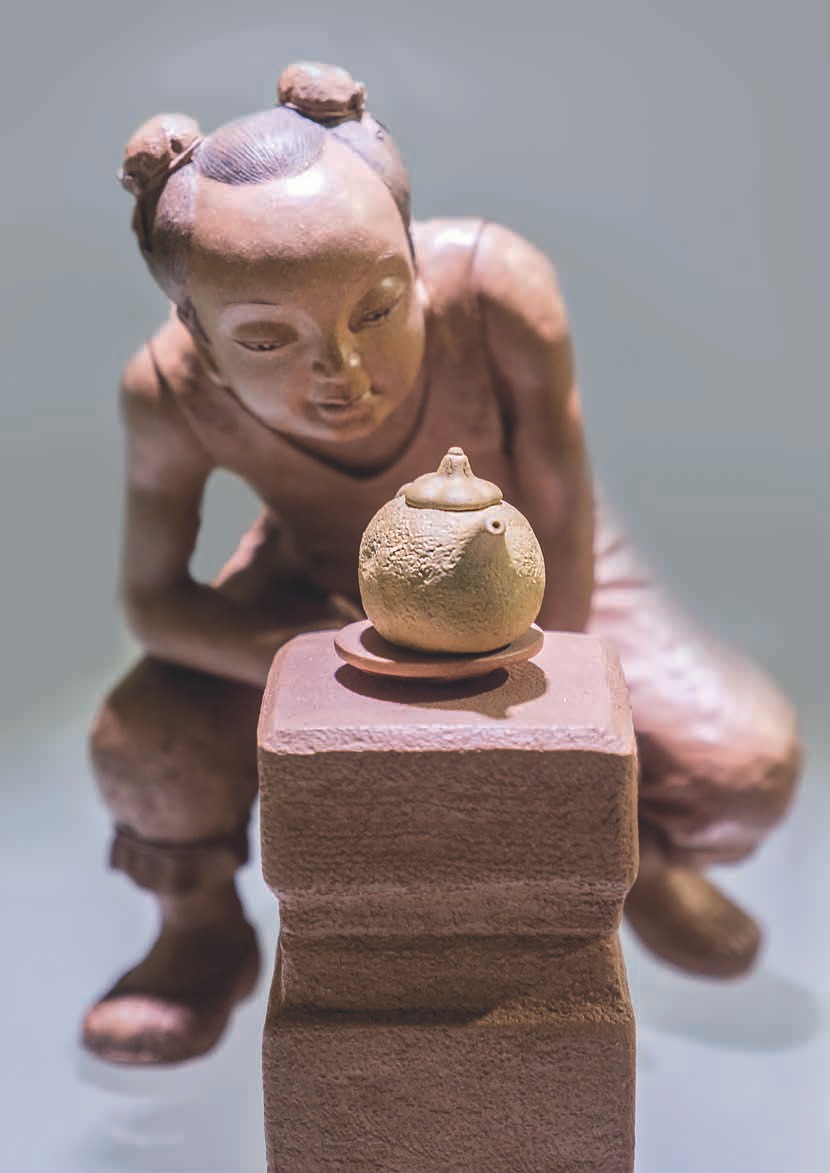 Huang had a manservant, who had lived in his service since he was a young man, named Chun. The two had grown up together, more friends than servant and master. In fact, Chun's father had also served Huang's father. And it wasn't in the nature of either to be jealous, so they were, in fact, much like brothers. Huang treated Chun like family, and as a result, Chun would have done anything for his master, treating his service as a sacred duty.

Every two months, Huang would travel on routine surveys as part of his job as a commissioner. He would, of course, take his manservant with him. But whenever they traveled to Yixing in Jiangsu, Huang would stay with his mistress, so Chun was free to have a holiday there. Chun was a devout Buddhist, and so loved using the three or four days of free time to sit in meditation retreats at the local Golden Sand Monastery (Jin Sha Si, 金沙寺). The monks there appreciated his earnest devotion to practice and so loved having him every couple of months. Over time, the abbot of Golden Sand Temple would become Chun's preceptor, further establishing his connection to that Zen lineage.

During his retreats, the monks would often prepare tea for him. Though he didn't have access to as much tea as his master, Huang, or know as much about it, Chun honestly loved tea. His master's joy for the Leaf had rubbed off on him, and the two of them had shared hundreds of sessions at home in Nanjing. He was thrilled that tea was a part of the daily practice of the monks at Golden Sand, as it was in most monasteries throughout the kingdom in those days. But somehow the monk's tea was better than any he'd ever had - brighter, smoother and deeper. It was as if each cup went deeper into his soul, stirring the winds inside and bringing new fervor to his meditation practice. Chun just assumed it was the mindfulness and attention to detail of the monks, along with his heightened sensitivity during these retreats, that made the tea better.

On one visit, Chun was walking through the temple grounds and saw into a small workshop, where some monks were crafting something. He looked inside and saw that they were making simple, rustic teapots by hand. He watched, awestruck by the process. He asked if he could touch the clay, which they allowed, but said that he would have to ask permission from the abbot for them to teach him their tradition of teapot making. The moment Chun's hands touching the thick brown clay, his heart leapt. He loved it more than anything he had ever loved before. The clay spoke to him, unlocking visions of glorious teapots to come. He saw deep and vast halls of glory and joy spread to the horizon. Tea and teapots filled his world. He felt a deep and powerful connection to the whole process. His destiny bell had been rung, and so loudly that he couldn't sleep that night - up dreaming of the magnificently brownish-purple clay.

The next day he asked to see the abbot for permission to learn teapot craftsmanship from the monks. However, at that time, he hadn't yet taken precepts and the abbot wasn't sure about his devotion to the temple. Worried that Chun would not honor their way of life, he said, "Later, perhaps," but meant, "No." Chun was broken-hearted.

During every trip, he would return to the temple and practice earnestly, studying, chanting and meditating, but now with the added goal of impressing the abbot enough to learn pottery from the monks. He realized that a large part of why the tea was so nice at the temple had to do with the simple, purple-brown pots the monks were making. He saw them preparing the tea and even tried taking some of the simple leaves the monks dried from the trees at the temple home. When he brewed them using his master's pottery, the tea was nowhere near as bright. The magical purple pots took on an even greater glow as a result of the astounding way they changed the tea. He tried to describe it to Huang, but Huang just smiled, busy with other things.

After a year or so, Chun's heart was burning with a desire to make a teapot like the monks. He had even convinced Huang to let him take pottery lessons from a local craftsman at home in Nanjing. He enjoyed the feel of the clay and the way he used his leg to spin the wheel, making simple, utilitarian jars (and the potter was happy to have an apprentice, even though he found it silly that Chun was so enthusiastic to learn, especially since he already had a great job). But none of it was the same as the magic purple-brown clay at the Golden Sand Temple. Sometimes the monks felt sorry for Chun and gave him some clay to work with. Though they weren't permitted to teach him, they did offer some pointers.

Eventually, Chun got the hang of the clay and produced his first teapot. He brought it to the abbot. It was actually this teapot that inspired the old monk to change his mind and initiate Chun. He saw the heart, devotion and mindfulness in the pot, which was actually much better than any the monks had ever made in generations of teapot making! He called the magical pot "Gong Chun (供春)," offering to not only send it for firing to the local kiln master, but to open the teachings of meditation, Buddhism and teapot making to Chun. Chun was in Heaven. He had found his calling.

When the Gong Chun pot was fired, he offered it to Huang, reminding him of how these pots were not only beautiful, but had a strange and wonderful effect on tea. Being very sensitive to tea, Huang immediately noticed that what Chun said was not only true, but beyond words. The pot really did make every tea he owned better, brighter and smoother. The effect was nothing short of supernatural. He was blown away, and "Gong Chun" not only became his favorite pot, but the only one he ever wanted to use. After tasting tea from it, he couldn't stand the tea from his other pots anymore.

Over time, Huang shared his tea and teapot with his friends, who all also noticed how much better their usual teas were in "Gong Chun." They all wanted their own, which Huang was very proud and happy to commission from Chun. Chun started traveling to the monastery more often, learning about the clay and how to make better teapots. He very quickly outshone his teachers, and was soon teaching all the monks how to improve their pots.

As the demand for Chun's pots grew, Huang eventually released his old friend from service to the Huang household, so long as he could also buy some pots from him. Chun was ordained a few years later, helping improve the renown of the temple, for as the monk's pots got better, they started to fund the monastery through teapot sales alone! Word spread far and wide amongst tea lovers throughout the kingdom that the best teapots, hands down, came from "Master Gong Chun," as he was then known. And thus the renown of Yixing teapots started to spread, falling more and more in love with the Leaf with each passing year. As the Earth traveled round the sun, teapot craftsmanship would pass beyond the gates of the Golden Sand Temple, filling the homes of all the potters in Yixing. Gong Chun's vision had been accurate, for the moment he had touched the purple clay for the first time, he had seen a thousand, thousand gorgeous pots, steeping generations of Chajin in joy...