Each month, we introduce one of the Global Tea Hut members to you, in order to help you get to know more people in this growing international community. It's also to pay homage to the many manifestations that all this wonderful spirit and Tea are becoming as the Tea is drunk and becomes human. The energy of Tea fuels some great work in this world, and we are so honored to share glimpses of such beautiful people and their Tea. This month, we would like to introduce our talented translator, Emily Foate. 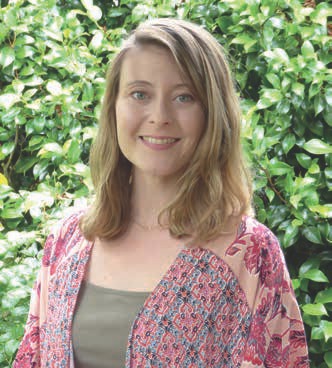 If you have been reading Global Tea Hut in the last year or so, chances are you will have read some articles that I translated into English, originally penned by our Chinese-language tea experts. My journey to this page in Global Tea Hut began, fittingly enough, with a love of words. Growing up in Christchurch, New Zealand, I was always enchanted by words and language. This showed up when I was very small as a tendency to chatter away as I went about my business, making up or reciting stories, songs or poems - to myself or anyone else in earshot! I became an avid reader and discovered a love for writing and learning languages. I also grew up in a family of tea-drinkers, so any wordy pursuits would often be accompanied by a cup of tea (in those days, it was more likely to be Earl Grey than oolong!).

Later, at university, I embarked on the study of Mandarin Chinese. I was drawn by the possibility of exploring a language and writing system so different than my native English; this was certainly the most life changing-decision I've ever made. It eventually took me to Shanghai and later to Beijing, where I continued my language studies and later worked on various projects as a translator and interpreter, as well as leading groups of students from international schools across China on experiential education trips around China and Inner Mongolia. Immersing myself in daily life in Beijing also introduced me to a new world of tea and tea culture.

A vivid tea memory from this period was when I accompanied a group of thirteen- to fourteen-year-old students on a trip to Anhui province. We were lucky enough to stay at Dabeilou monastery on Mount Jiuhua. A sense of stillness and suspended time blanketed us as soon as we arrived - something that can be rare for many of us, even those of us who are not teenagers living in Hong Kong! The residents of the monastery also produce tea - while there, the students were able to try their hand at picking buds from the bushes on the surrounding mountains, and briefly take part in traditional hand-processing of the leaves. It's a very special feeling to witness young people connecting with this process and with the locals who have passed it down. That feeling of participating in the sharing of knowledge and culture was one of the most rewarding things about those trips, and is ultimately pretty similar to the goal of the craft of translation. At its heart, translation is about sharing knowledge, and that is something I feel honored to be able to do.

While researching for the translations I work on, I tend to make use of resources in both Chinese and English - while there's a sizeable body of writings in English on many aspects of Chinese tea, tea culture and Cha Dao, there are often times when I'll come across a concept, or a certain tea, or a production technique, for which no English material turns up at all. For me, those moments feel very rewarding - they're a reminder that I was able to transmit some small gem of knowledge to tea lovers reading in English, perhaps for the first time. Translating for Global Tea Hut, I'm delighted to collaborate with such a positive community of people, and to work with such engaging subject matter (as a translator, this is not to be taken for granted!). It has certainly broadened my knowledge of the world of tea and Cha Dao, and I also have this partnership to thank for opening my eyes to many wonderful new teas.

For the time since I began translating for Global Tea Hut in 2016, I've been based in Toronto, Canada, which has brought many new experiences, too. Some things remain the same, though I still drink tea to accompany my work, whenever I emerge from my page (well, screen) full of characters! I usually choose to drink whichever tea is the focus of the article I'm working on - I like to think that, somehow, this will help channel the essence of the tea into the words that you end up reading on these pages!