Many a "tea master" certification program will tell you that there's a rule to what is and is not "tea": All "true tea" comes from the same plant. This rule is an easy way to distinguish tea from herbal infusions / decoctions. However, as people get rooted in the traditions of tea, they often come to know (intellectually and / or experientially) that tea does not simply come from one plant. Recently, I have been soaking this in on both the intellectual and the experiential levels, and I'd like to share a bit of what I've absorbed with you in the hope that it will be of benefit to your tea practice. Through visits to tea plantations and farms over the years, I've had the opportunity to see many different "cloned" tea varietals (which are more like grafted plants than the laboratory creations that the term "cloned" tends to evoke). There are numerous variations amongst these tea plant types. Some can be easily recognized by their appearance, such as leaf shape and edge serration, leaf size, leaf color, bud / leaf downiness and plant structure. Additionally, many a plantation manager or tea farmer will point out the major differences in their heartiness, drought resistance, growth rate, yield, etc. And many a buyer will notice differences in the cup: a richer color from one varietal, a more nuanced taste from another, more brewing patience in a third, and so on. 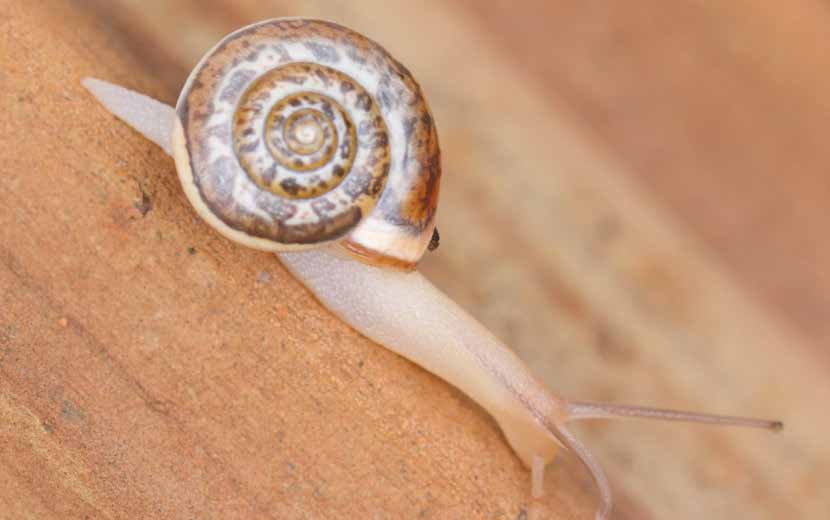 I must admit that compared to other aspects of tea, the traits of different clonal varieties is only of minor interest to me. After all, these plants are primarily used for monocropping across entire fields or, in some areas, enormous swaths of land as far as the eye can see. And monocropping has a history of generating monumental failures, such as the Irish Potato Famine and the massive coffee blight that (on the upside) led Sri Lanka to become a tea growing nation (yet, as an obvious downside, did not prevent the widespread practice of monocropping tea there). While the idea of generating plants to meet specific producer / market needs was intellectually interesting to me for a time, neither the idea nor the practice fed the needs of my soul. And the potential for the large-scale downfall, well... harboring or reacting to this kind of fear is the antithesis of Being. So, when people began to talk about different clonals and their properties, my mind listened, but my soul did not.

Until recently, I took this lack of enchantment to be something broader than it is. Clonals didn't generate a spark in me, so I didn't place high importance upon learning about or experiencing tea varietals in general. And then, I started drinking the Purple Tea we sent out a few months back, and everything changed.

At the risk of discussing one wonderful tea while ignoring another equally wonderful tea as it sits right in front of us, please allow me to explain how Purple Tea helped me understand and appreciate tea varietals more fully. As you may have read in our September newsletter, Purple Tea is ancient. As you may have felt from drinking Purple Tea, its spirit speaks of an age that predates mankind. To me, it conveys the moment of a dawning day at a time long before humans were around to observe the phenomena of celestial cycles. It is an expression of the beauty that existed before we did, perhaps simply for the sake of existing, or perhaps in preparation for human observation to reflect its beauty back toward it.

Suffice it to say, this is not the kind of radiance you are likely to encounter in a cloned plant.

Around the time I was sensing the splendor of Purple Tea, a package arrived. It contained a large quantity of forest-grown Puerh - this month's tea. Like Purple Tea, it is from an older, wilder type of tea plant than the vast majority of the tea out there. And like Purple Tea, it speaks to the soul in a powerfully different way from a plantation-grown clonal tea.

Shortly thereafter, I had the chance to visit Sun Moon Lake with Kaiya and Antonio, a longtime supporter of Tea Sage Hut who recently visited us from Barcelona. At Sun Moon Lake, we walked around the local tea research center's tea garden, where hundreds of seed-propagated plants grow freely. Each was an Assamica tea plant, yet each was distinct. Each was an expression of the plant's genetic mixing through the sexual reproduction inherent to seed propagation. Similarly, when we visited one local tea farm, we saw a field of seed-propagated plants with varying colors, shapes and textures - a markedly different sight from the seemingly perfect uniformity in the fields of clonal, monocropped plants that make up the majority of tea production today.

Still, it took the visit of a tea friend from America and a session of Purple Tea for all of this to click into place for me. As Kaiya steeped and spoke of Purple Tea's lineage in a poetic but vague way, our guest suggested the benefits of a stronger intellectual understanding of tea varietals. I could see both their perspectives and found myself to be devoid of any opinion on the matter - a rarity for me, indeed! But I could feel that I had been exploring tea genetics in a lopsided manner. This imbalanced approach was the opposite of my usual tendency - too much mind, too little soul - so I was loath to tip the scales too much in the opposite direction and fall into my old habit of favoring intellectual understanding over experiential wisdom.

For this reason, I waited one week before proceeding in the direction of deeper intellectual understanding of tea varietals. I checked myself for any glossing over of the present-moment experience of drinking tea in order to think about tea, and for any preference for mind over soul. When I felt I could trust my intentions and my direction, I waded my way through a scientific paper on tea plant genetics.

The paper was a study analyzing alleles, polymorphic information count and gene diversity in tea plants across China. It wasn't exactly what you'd call a beach read, but it was more absorbing than you might guess. It mentioned varieties of wild plants of which I'd never even heard. It shed some light on how the genes of tea plants spread and changed, and how diversity was amplified or squelched in various areas. It reiterated a natural phenomenon seen in genetics, linguistics and other fields of study in which diversity is most abundant in areas closest to the origin of a given thing, then less diverse in outlying areas. (In the case of tea plants, the greatest diversity is around the Yunnan area, the birthplace of tea.)

On its own, this paper would have simply been a dry read. However, partnered with an understanding of how different means of tea production accompanied genetic mutations, it became fodder for a more enlightened understanding of the Tea Spirit.

After all, the majority of tea processing techniques were born out of adaptations to the changes in plants, which were adaptations plants made to the surrounding environment. White tea would not exist were it not for the downy buds and leaves that resulted from the "genetic distance" Fujian's tea plants have from other tea plants. Oolong might not exist were it not for genetic variations that produce a more leathery leaf that 24can handle hours of rolling and shaping. And while you could make a Green Tea and a Puerh from the same arbor tree, you'd be unlikely to find that the tree is as amenable to yielding a quasi-drinkable Green Tea as it is to yielding a soul-quenching Puerh. In responding to changes in the Leaf, tea producers and tea drinkers are responding to Nature. And perhaps, in their own ways, Tea and Nature are responding to us through these changes, too. But over the last few hundred years, our connection with Nature has dwindled and, sadly, the realm of tea is no exception to this. Alongside the mass-made products which characterize our current era, many of the recent innovations in tea production have been chemical or mechanical methodologies that make more tea, but which further remove us from the spirit of Tea. It could be argued that these innovations are in response to the widespread use of clonal tea varietals. We took the spirit out of the Tea and then we responded to what the Leaf told us. One could think of it as a natural progression initiated by an unnatural change. And just like with steeping and drinking, with tea production we got out of it what we put into it; in this case, a homogenized and less vital form of Tea.

In appreciating wild varietals, "landraces" (plants that are domesticated through natural adaptations rather than human breeding measures) and seed propagated plants (which contain biodiversity not found in clonals), we can taste and feel the inherent variety and expressiveness of Nature in Tea. Through these types of teas, we can access the Tea Spirit more intimately. And in this way, we can begin, once again, to listen to what She has to tell us.

This month's tea is a forest-grown Puerh from northern Laos, right near the imaginary line that separates Laos from Yunnan, China. As I mentioned, this area's tea plants are incredibly rich in genetic diversity. And a forest of tea plants grown from seed? Such extraordinary array of genetic material that must contain! Such an expression of Nature and Tea in harmonious multiformity. Such an opportunity to more fully sense and appreciate the Tea Spirit in all Her glory.

In gongfu tea traditions, they say that true mastery is the ability to distinguish each and every individual tea leaf. Not only are each tea session and each type of tea unique, each batch is different, each pot is different, each sip is different, and, ultimately, each individual leaf is different. It's just a matter of bringing our senses to the level of the Leaf in order to perceive it. What better tea to help one realize this truth than a tea made from plants which celebrate this plurality in their DNA - in their very essence! What better way to experience each moment of a tea session in its full color, in its infinite complexity and beauty, than with a tea such as this? I can't think of one, but then again, there's no need to. Paradoxically, it took a deeper intellectual understanding of tea as a plant to realize that all I need to do to truly understand tea is to be present and drink Tea as Spirit. And so I drink, knowing that each sip contains all the answers I could ever need. 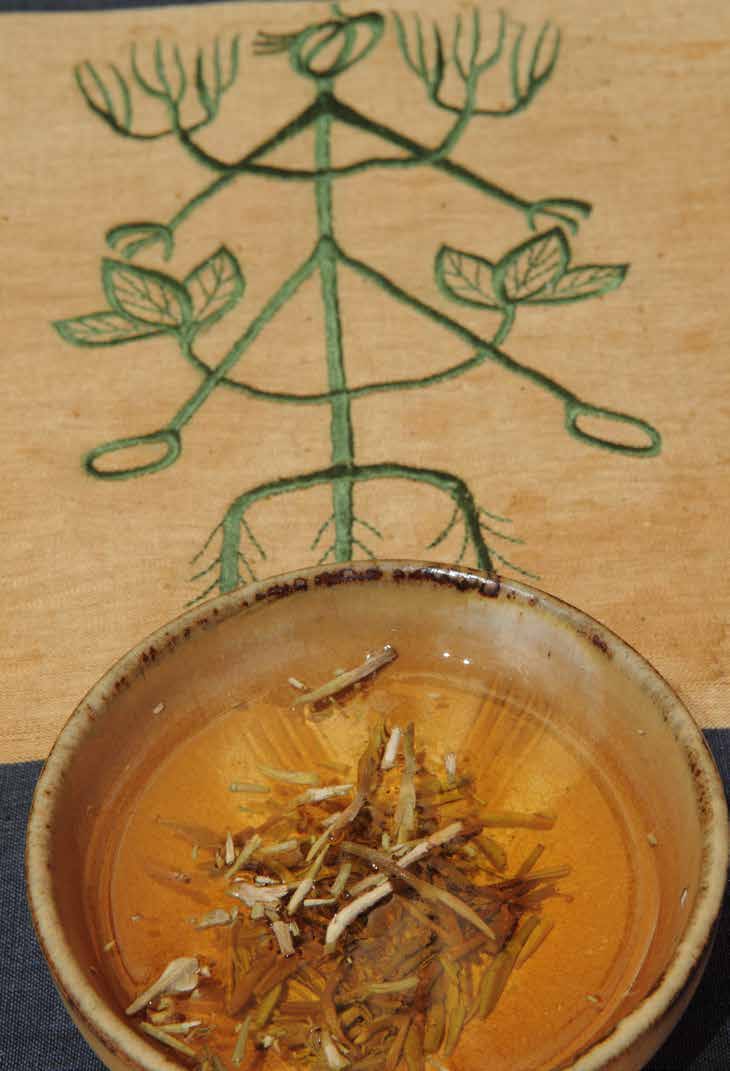