On Wu De's trip, while looking for a gift to bring home to his beloved Kaiya, he came across a tea called "Pink Lady" and thought of Kaiya immediately. Kaiya was unnervingly delighted to receive this gift, and rushed home to brew it right away. We're not quite sure what happened, but he hasn't been quite the same ever since. It seems this this powerful tea may have set free a repressed personality, which, frankly, many of us had always suspected was in there! Funny enough, "Kaia" is a girl's name in the Northern European area where this marvelous tea hails from! 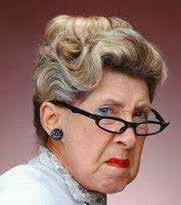