There have always been seekers. People dissatisfied with the normal view. People searching for more meaningful vantage points. Wandering down the same worn paths looking for teachers, looking for answers. It was like that long ago too. Sure, they left behind villages instead of cities, walked instead of flew; but the journey is the same. Fulfillment never cared about Himalayan buses or ancient paths up a Chinese mountainside, anyway. Then and now, the genuine movement happens inside, and it doesn't really matter where you are. The questions are the same. So are the answers... The mountains were beginning to mist like they do now in so many scroll paintings. The seeker leaned on a boulder and caught his breath. The path was getting steeper. He looked down behind him. Ahead were clouds. Behind they parted and he saw the lush green valley he'd come from. So many villages. So many towns. Teachers. Questions. Debates. And, he thought, "So many insights." He felt experienced.

He brushed a fold in his long robe aside and swung his water skin around for a drink before starting on his way again. As he walked up the mountain trail, he wondered what he would find ahead. He was told Story by Wu De that these seven mountains were home to the wisest sages in the Middle Kingdom. He wondered what they would look like. Had they too once walked all around looking for answers? He liked thinking they had. Like him, had they too sought out one teacher after another? And questions that only opened up thousands more in turn? Had they really found all the answers? Were their clothes also tattered from sleeping outdoors? Maybe none of that mattered. His questions did, though. He again began pondering what he would ask when he got to the top. He was rehearsing. At the same time, he knew that dramatizing the future or past wasn't becoming of a seeker. One should live in the present. He'd learned all that long ago. Often achieved it, too. But he still loved making up questions. Like poetry, they are. And besides, these were the wisest men around, so his questions had to be perfect. He might only have one chance, and he'd spent a long, rambling life waiting for it. 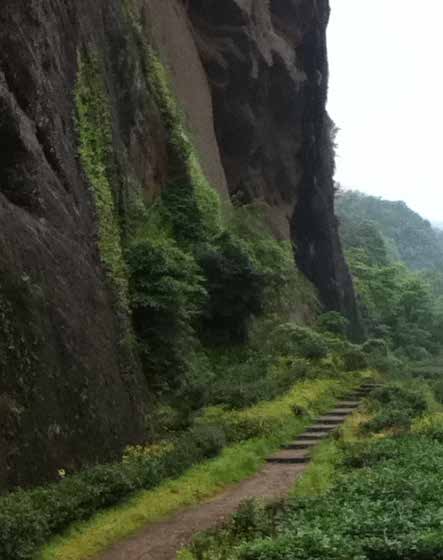 That night he slept in a small cave he found halfway up the mountain. The fog had rolled off around dusk and the night sky shown like a diamond palace he'd once dreamt. There were a few times when he had The Seeker stopped to wipe the sweat from his dirty brow that he'd wondered why teachers always lived up in the mountains. Then, he'd thought it was to keep away from people like him. That had made him smile and start walking again. Now he wasn't so sure, though. The air was clearer; the stars closer, and the breeze quieter. Maybe they just liked it up here? Or better yet, maybe they too had come down long roads like him? Vowing not to stop until they felt fulfilled? Maybe this openness was a part of that fulfillment. He wrapped his robes about himself and leaned back against the small cave wall. He thought about the animals that had all lived in there over time. Their lives. Their journeys without question. Almost pulled or led, they were. How unfortunate. He loved his journey. He loved the role he played in it. He loved the anticipation of new places and new lessons. He felt grateful to be here. He thanked his ancestors. He thanked the mountains, and would have smiled but he fell asleep.

The next day the path began to climb higher and higher. He more frequently had to use his hands now. By midday he'd torn his robes in three separate places. It had been hours since he had thought about his questions, or even the wisemen. Many times the path was small and curved around unprotected cliffs, so he'd had to concentrate on walking and climbing more and more. The air had also gotten thinner. There weren't any more poetic stops, filled with landscape metaphors. No more lines that sigh. Only deep and conscious breaths, rocks to be avoided or stepped on, footholds to find, and sometimes even the vertigo of looking down a seemingly limitless drop that started only inches from his face. The mountain was the mountain, and for now his questions would have to wait. 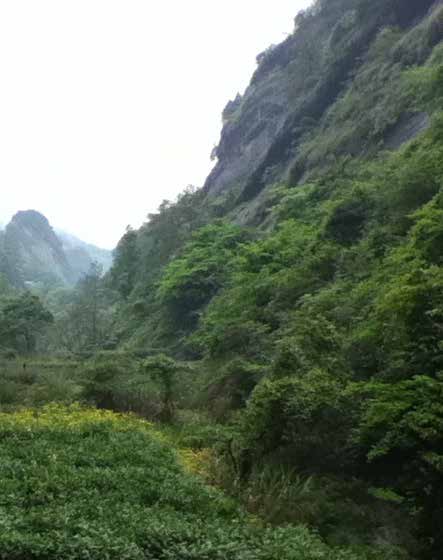 He stopped to rest long before dusk. As he sat and worked on recapturing his breath, he saw that the rolling mist was now as far below him as it had once been above him. Normally, such a sight would have inspired poems full of philosophy, but history has always shown that the needs of the body will always outweigh such things. And right now his body needed to rest, needed it so badly that he had to focus on it. He had to try. He drank some water and lay back against a comfortable boulder. He was exhausted. And the minutes before his breath lessened and finally passed into a silent rhythm - those few minutes before he slept, were all much quieter than any written sentiment could be... 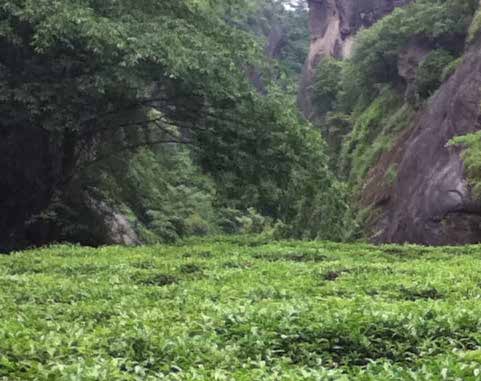 Most of the next day was spent in the same repetitive toil. The way up a mountain is filled with mists and green valleys that inspire paintings, but the higher steps are always of uniform rock. Many of the rocks he held looked alike, and since he wasn't thinking about much other than where to put his foot next, they might The Seeker 28 as well have been the same. By early afternoon, he'd found another winding trail that seemed to level off. He rounded a few cliff sides and wound around a few rocks before he came to a nice clearing with a few scraggly mountain trees and a small wooden house. This was it. He was, however, more tired and relieved than nervous about what the teacher would look like or what he would ask him when he saw him. He could save his questions for later. He knocked on the makeshift door, but there wasn't any answer. Maybe no one lived here anymore. He waited on the dirt porch of the one-room house and rested. After a while, a man came around the same path he'd come from carrying two large pails of water suspended from a shoulder harness. He had a long white beard that made him look old and wise, but his sprightly gait and beaming smile seemed almost ageless. Also, his skin was more weathered than aged. He was, the seeker guessed, much the same as any wiseman anywhere should look. He wondered how they had passed each other without meeting, but didn't think long about it before the old sage was upon him. His eyes were clear and comforting. He invited the seeker inside and offered him a cushion to sit on next to an old table that looked as if it had been hewn out of a giant tree - knots, curves and all.

The old man heated up the crystal mountain water and brewed first a light golden tea and then a deep and ancient leaf, wiser and older than even him. The seeker had never tasted anything like it. They had tea farms in many of the villages he'd passed through, but none like this. So refreshing and deep were his draughts that the entire world seemed to pour itself over the brim of his cup. At that moment the whole universe was only drinking tea. Maybe the mountain nourished these special trees? Maybe his long journey had parched him? It didn't seem to matter. They didn't talk, just smiled and drank cup after cup. There was no need. No meditation. No philosophy. No questions. Only tea. The seeker didn't mind. He loved the tea. It was the best he'd ever had and he enjoyed focusing on the aroma and flavor of each cup. 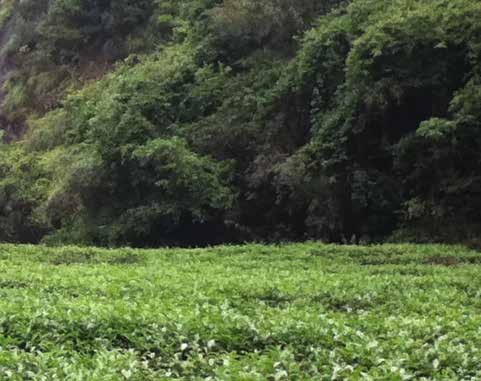 When the old sage finally paused and leaned back against the wall. The seeker set down his cup and did the same. He looked out the window cut into the side of the old wooden room. The view was exquisite. He could see past twisted and gnarled trees to a river The Seeker valley flanked by giant citadels of stone. The trees wove around themselves like stanzas he'd once written and the mountain and river seemed to speak for themselves. He didn't care, though. He was comfortable and the world was quiet. He looked over at the smiling sage, at his long flowing beard so symbolic and true, and saw that he too was watching the view. His first and only thought that day wasn't a question. It had nothing to do with seekers, masters, paths or even whether his work was complete. No. His only thought was that he really didn't have anything pressing to ask the old man now that he was here. It was really amusing. But like much that day, it didn't matter. They hadn't really been his questions anyway. Not anymore than any of the thoughts he'd ever had about anything spiritual had ever been. He had always borrowed them. Now he could return them...