We plan to introduce one of the Global Tea Hut members to you each month in these newsletters. We hope that this helps us all get to know each other better. It's also to pay homage to the many manifestations that all this wonderful spirit and tea are becoming, as the tea is drunk and becomes human. The energy of the tea fuels some great work in this world, and we are so honored to show you some glimpses of such beautiful people and their tea. This month we travel with Wu De to Russia so that we can introduce the brilliant and generous Ilyas Jetybayev. Though he lives in Russia, Ilyas is from Kazakhstan. He's another amazing member of this Hut that we hope you all have the honor of sharing tea with one day... 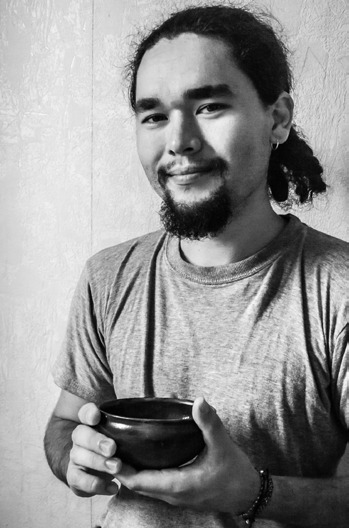 Hello, my name is Ilyas and I am Teaholic. Seriously, though, let me introduce myself: In between tea sessions, I am working as a postdoc in the Novosibirsk Biological Institute. I was born in Almaty, former capital of Kazakhstan - a beautiful country of nomadic people. Connection to tea in our culture is very strong. Tea is the first thing that is offered to guests in every house there. However, my first cup of Tea was in Novosibirsk, where I moved to study, at Novosibirsk State University. I don't know what it was that made me curious about tea, but as soon as I started to seek for it, doors opened. Somehow, friends of mine told me about a teashop two steps away from the university that had been there for a long time. So I bought my first Bi Luo Chun there (and over-brewed it terribly). Still, the first sip of that extremely bitter tea was like a breath of fresh air to me. Later, my first tea teacher appeared and it also happened effortlessly. In fact, everything in my life connected with Tea has happened by itself as it is truly my Way. It took seven years of ups and downs, periods of fun, love and some kitchen drinking before I met this Tradition. During that period, I always knew that Tea is much more than a beverage, though.

I remember when I first met Wu De at a workshop last year. It was two days of deep immersion in Tea, and I received a lot of messages, but most precious was that, "there is a Tradition", and this Tradition resonates with me. That message changed my vision of Tea and my attitude to Tea. Wu De inspired and encouraged me to make a lot of changes. Cha Dao became much more than beautiful words. At the end of the workshop, Wu De said that we would drink tea together again one day. I had no doubts because I felt so too. (And we have, both in Taiwan and again in Russia!) I was really grateful to my brother Maximushka for inviting Wu De at that time.

I always wanted to have a Tea club: a space for tea people to gather together to appreciate tea. I've made several attempts to organize such a club, but always failed. So I kept dreaming about it, until the seeds that Wu De planted in my soul started to grow. In September of 2012, I finally started to serve tea in my apartment. I did not have enough resources to buy or rent a special place for tea gatherings, so hosting them in my home was the only way to move forward towards my dream. Even a small step towards a dream is better than constantly whining about insufficient resources, I think. Since that time, my tea space has attracted many beautiful souls and we gather twice a week with rare exceptions. Since I joined GTH, I always have special GTH gatherings where we all drink the monthly tea together with all of you around the world. My tea space is open to everybody. Sharing Living Tea and holding space for people is a great joy and practice. Wherever I am I will keep serving Tea for sure! In case you pass by Novosibirsk and feel a little cold, I will gladly warm you with a cup of tea. Just write me on Facebook. Otherwise, know that even in the remote corners of the world - even in Siberia - you have a dear tea brother raising cups to your happiness and health! 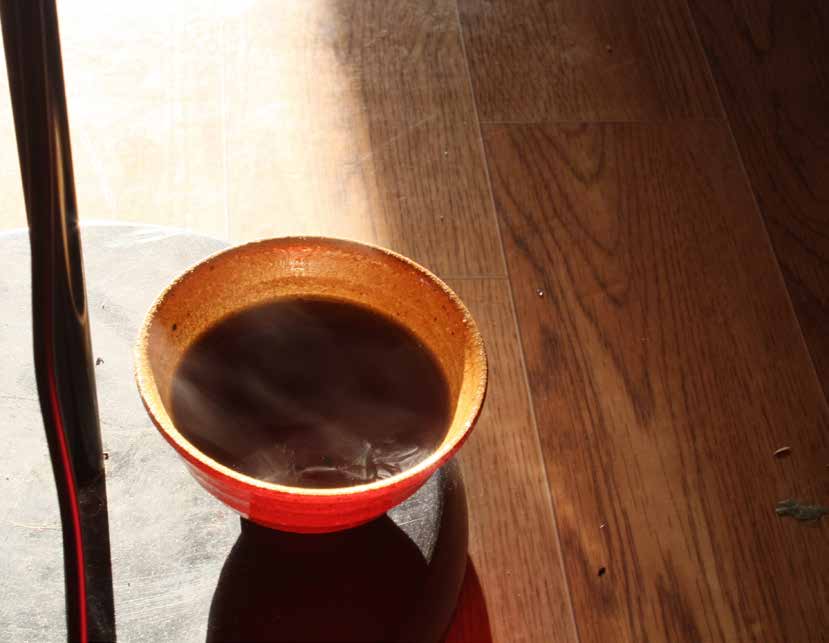