From now on, we plan to introduce one of the Global Tea Hut members to you each month in these newsletters. We hope that this helps us all get to know each other better. It's also to pay homage to the many manifestations that all this wonderful spirit and tea are becoming, as the tea is drunk and becomes human. The energy of the tea fuels some great work in this world, and we are so honored to show you some glimpses of such beautiful people and their tea. Since Wu De went to Siberia this month, we though we'd introduce you to your brother Maxim. 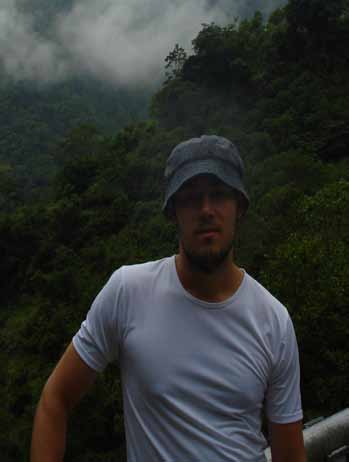 Max Shvedov was born on 25th, July 1987 in Abakan, Russia. After high school, he entered Tomsk State University, moving one thousand kilometers west to do so. In 2010, he graduated from University with Bachelors and Masters degrees in international relations. He then entered graduate school to study Orientology at the Institute of TSU. He still lives in Tomsk and now teaches Chinese and works as a translator.

Max fell in love with tea at an early age, buying his first tea set with money his grandfather had give him for his 16th birthday. Since then, many things have changed in his life situation, but never his love for tea. He says tea has taken him many places, and in each place he's met beautiful people. "I had been drinking tea for ten years, but only last summer did I have my first true cup. I remember every detail of that day when I stepped into the Center, Tea Sage Hut. I spent two glorious days at the Center, met my teacher and brothers, who I felt I had always known and been searching for. Here was a place that embodied the spirit of tea I had always longed for."

Max has tilled the fertile soil in Siberia, where we plan to open a center in the next few months. He embodies so much of the spirit of this tradition, leaving others impressed by it and the changes it has made in his life. He will hold weekly tea gatherings at our new center, and organize workshops to host teachers from Taiwan - thereby watering the plants that we know will take deep root, like the ancient and wise cedar guardians of this antediluvian land. 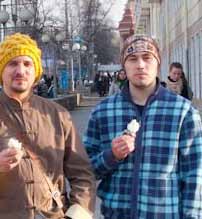 We should all feel proud to count Maxim as our tea brother. His humility and grace are inspirational. He is one who truly serves tea, and will play a large part in the awakening of Heart into the consciousness of this Earth, through the medium of tea. You can reach Maximushka at: teasagehutru@gmail.com