The tea for this month is our all time favorite tea, and the one we send home with every traveler who stops at our center. You could say it's our signature tea: the one we use to introduce new tea wayfarers to the path - the first wayside sign of the road. It's also one of the teas we like to serve when we set up our roadside huts, serving tea to passersby.

This amazing red tea is definitely a living tea, in all the ways we have been discussing in previous issues of these newsletters: It is seed-propagated, the trees have room and space to grow, there is a living relationship with the local ecology - undergrowth, plants, insects, animals, molds and bacteria - and there are, of course, no chemicals used in its production. It shines with a bright and uplifting energy that makes it the perfect morning tea, radiating your day and filling it with elevation. In fact, we have named this tea "Elevation". It is simple and true, and you feel like you know it after your first bowl, as if a beloved friend from another lifetime came back. 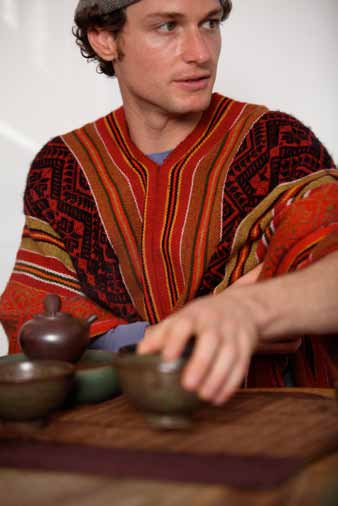 As you may remember, there are two main varietals of tea: 'small leaf ' and 'big leaf '. Originally, all tea comes from the forests of Southwest China: Yunnan, Vietnam, Laos, Myanmar and Eastern India. The original trees were single-trunked, with large wide crowns that can grow several meters in height. The roots are also deep, extending deep down into the earth before branching. Then, as tea traveled north and east - naturally or by human hands - it adapted to colder, sometimes higher, climates and terroir. These trees, called "small leaf ", developed into several trunks, like a bush, with roots that extend outwards rather than down. The leaves got smaller and smaller as tea progressed north into colder climes, until they get so small in places like Japan that when they are rolled they look like little needles (like sencha or gyokuro). Our tea of the month is a large leaf varietal, like Puerh, from a place in Taiwan called Sun Moon Lake.

When the Japanese conquered Taiwan, they wanted to develop several long-term agricultural projects to help their economy. They brought many large-leaf trees and saplings, as well as seeds, from Eastern India to make red tea plantations, choosing Sun Moon Lake for its accessibility and for the way the terroir was similar to the original homes of these trees. Soon after, the Japanese were expelled and their gardens were abandoned. In the coming decades, these semi-wild gardens would grow up and also produce completely wild offspring, as well as adapting and relating to the local terroir in all the amazing ways a tea tree can - through the soil, the insects, rain and minerals, sun and rock. Our tea comes from one such small, organic and ecological garden consisting primarily of semi-wild trees with some wild ones scattered about.

The farmer, Mr. Su, is an amazing man. Many of his nearby neighbors have utilized their gardens to create more industrial plantations and get rich. He says he only wants enough to provide for his family, and therefore keeps it simple and organic. He has even bought up some nearby property so that he can control the proximity his trees have to anything harmful others may be using. For that reason, the tea is incredibly clean and bright, speaking of its long heritage here in these mountains, and beyond to the older forests its ancestors once lived in, at the foot of the great Himalayas. 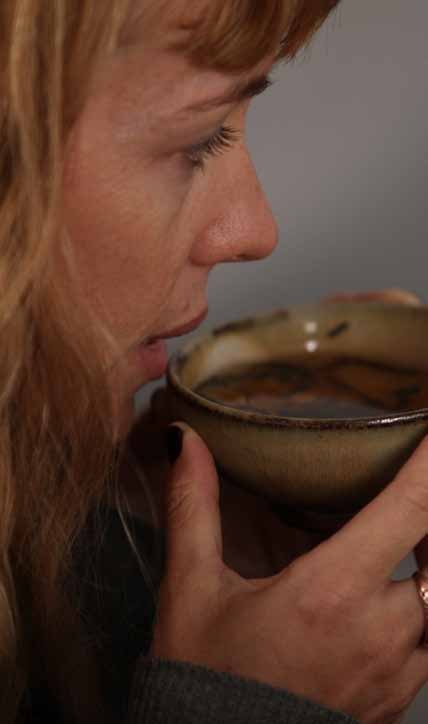 It is important to understand that what most Westerners call "black tea" is actually "red tea". Ordinarily, it doesn't matter what something is called, but in this case there is actually a problem, because there is another kind of Chinese tea that is called "black tea" (characterized by it postproduction, artificial fermentation). So if you call red tea "black tea", then what do you call black tea? The reasons for this error are to do with the long distances the tea traveled in chests to Europe, and even more importantly with the general lack of information for the first few hundred years tea was traded. Europeans weren't allowed inland in those days, and never saw the tea trees and sometimes not its processing either. Buying through middlemen in broken pidgin, you could see how easy it would be to spread misinformation.

Most red tea is processed in 3-4 phases: first it is picked and then it is withered in large piles. Most tea is spread out when it is withered, but red tea is piled to completely oxidize the leaves. It is then rolled for an exceptionally long time, to continue the oxidation and break down the cells. It literally turns into a pasty mass in the process. Then it is dried, usually in an oven. Our tea, however, is completely different. The farmers think we are crazy, but we half the withering/piling period and the rolling period, leaving a lot of green in the leaves, which you will see when you brew them. The reason for the complete oxidation in normal red tea processing is to make the tea sweet and delicious. Nevertheless, we have found that such extreme processing removes some of the tea's Qi, and distances it from the mountain and deep essence it touches. The leaves of these large-leaf trees are often bitter and astringent, but we can accept a bit of that along with the sweetness, can't we? And isn't that a significant life lesson as well? In the end, we'd rather have a slightly less delicious tea with incredible and relaxing Qi than the other way around.

This is an amazing tea to have in the morning. Try sitting cross-legged and putting a few leaves in a bowl. Sit and soak up the warmth and feel how it invigorates you. It has an amazing energy that calms and uplifts simultaneously. We strongly recommend drinking it in a bowl, and have consequently included an entire article on bowl tea in this newsletter. Maybe you'll want to read that before drinking your Sun Moon Lake red tea. You will find that after a few days of a few leaves scattered in a bowl, your outlook each morning is getting brighter and your life is starting to change...