In pursuit of mastery, which is the essence of gongfu tea, it is important to understand all aspects of your brewing experientially, testing and retesting what works for you. In doing so, you improve your relationship to your brewing methods, as well as your tea and teaware. Many tea lovers inhibit their progress by not testing their own assumptions. Not understanding where a particular kind of teaware comes from, the purpose for using it or whether or not it actually enhances tea limits you to copying others. True mastery is skill we become; it's a part of us. We can articulate it, sure, but more importantly demonstrate it. The proof is in the cup.

In the last few decades, so many new brewing methods and kinds of teaware have been invented. Some of these innovations are genuine improvements; others are attempts to be unique stylistically or to fill an economic niche. Other new brewing methods are just a relaxation into lesser quality tea in exchange for something quicker and more convenient. That may be an acceptable compromise for some of us to make. However, in gongfu tea, cutting corners that also cut learning and improvement aren't so enticing. Many of the inventions and adaptions in brewing and inventing new kinds of teaware were made by people who don't approach tea the way one who is practicing a life of tea would; and some of them aren't even tea people at all - attracted to teaware by the popularity, they shift from other forms of pottery because teaware is more lucrative. For all of these reasons, even seemingly established or popular kinds of teaware should be evaluated, understood - both practically and historically - then tested personally to see if they actually suit our brewing style, rather than just using them because many others do. Isn't it that way with all things? 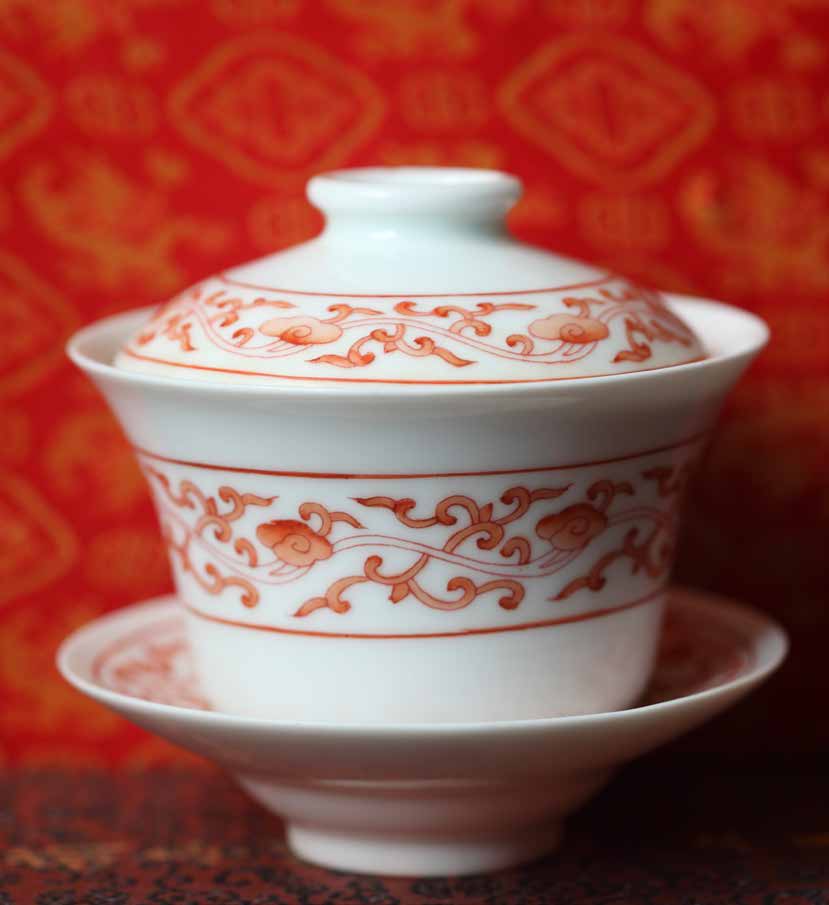 This month, we thought we'd discuss one such kind of teaware, and offer an experiment towards understanding it: the gaiwan. "Gaiwan (蓋碗)" literally means, "lidded bowl (cup)". Actually, gaiwans aren't new at all; they have been around since the Qing Dynasty (hundreds of years). What's new is the way they are used nowadays: as brewing vessels. The gaiwan was originally just as its name implies, a "lidded cup" for drinking out of, much like we make bowl tea in our tradition. Leaves are added and then hot water. The saucer, which was probably influenced by the West, was used because the body of the cup was hot. The drinker therefore held the cup by the saucer. The lid served to both keep the liquor warm, as well as to stir the leaves away from the mouth when drinking.

In Chinese, people who drink tea very casually are sometimes called "kitchen drinkers". There is nothing wrong with that at all, and it shouldn't be thought of as a condescending term. It just means their approach to tea isn't as serious as a tea practitioner (Chajin) or even a connoisseur. To the latter, mastery and quality matter. Gaiwans were mostly used by the former, to casually offer tea to guests while chatting or at tea houses or theatres to sip on while watching some entertainment or at a social event. The leaves were added and the cup was conveniently refilled by waiters/servants/the host, often carrying kettles of water around. This wasn't really a brewing "method" per se. 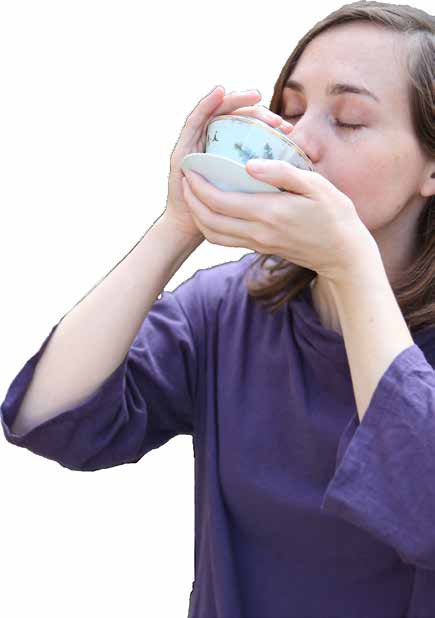 In the 1980's, some tea lovers in Taiwan began using gaiwans as brewing vessels and the trend caught on. Nowadays, almost every shop in China and Taiwan uses gaiwans as brewing vessels. Rather than drinking out of them as a cup, which they were intended for, they hold the lid with one finger, the rim with the others and pour the steeped liquor out into a pitcher. It is usually suggested that because the gaiwan is porcelain you only need one for all tea, rather than a porous Yixing pot which is usually assigned to a particular tea. Other people report that they use gaiwans because they are "neutral" and you can better evaluate the tea that way.

We are often left wondering two things: First, if they know the history of gaiwans; and, second, if they have ever experimented with them/their reasons for using them or if that is just what they have seen and heard and then copied. What would your experience have to say if you actually put a gaiwan to the test? Are they really good as brewing vessels? Are they truly neutral?

To start out with, there are two ways you can experiment with a gaiwan: material and shape. As far as the material goes, you could compare the gaiwan (porcelain) to any number of other kinds of clay. We would suggest starting with the traditional gongfu teapot, made of Yixing purple-sand clay. The experiment is easy: put three grams of tea in each, steep the tea for an equal amount of time and then decant into two identical cups. It helps to use a tea you are very familiar with, like all gongfu experiments, and brew it lighter than usual (less leaves). Sometimes, it's also beneficial to hold one cup in each hand and sip back and forth to compare the liquors more quickly and directly. Which is smoother? More fragrant? What of flavor? Mouthfeel?

To test the shape of the gaiwan you'll need a porcelain teapot, preferably made by the same company that made your gaiwan so that the clay is identical. Once again you can put three grams in each, steep for the same amount of time and then decant into two identical cups. Try answering the same questions above, this time with regards to the different shapes - a pot and a gaiwan.

Maybe next month we can once again dive into the notebook of a gongfu student to see what their conclusions were. Then, you can compare their notes to your own...