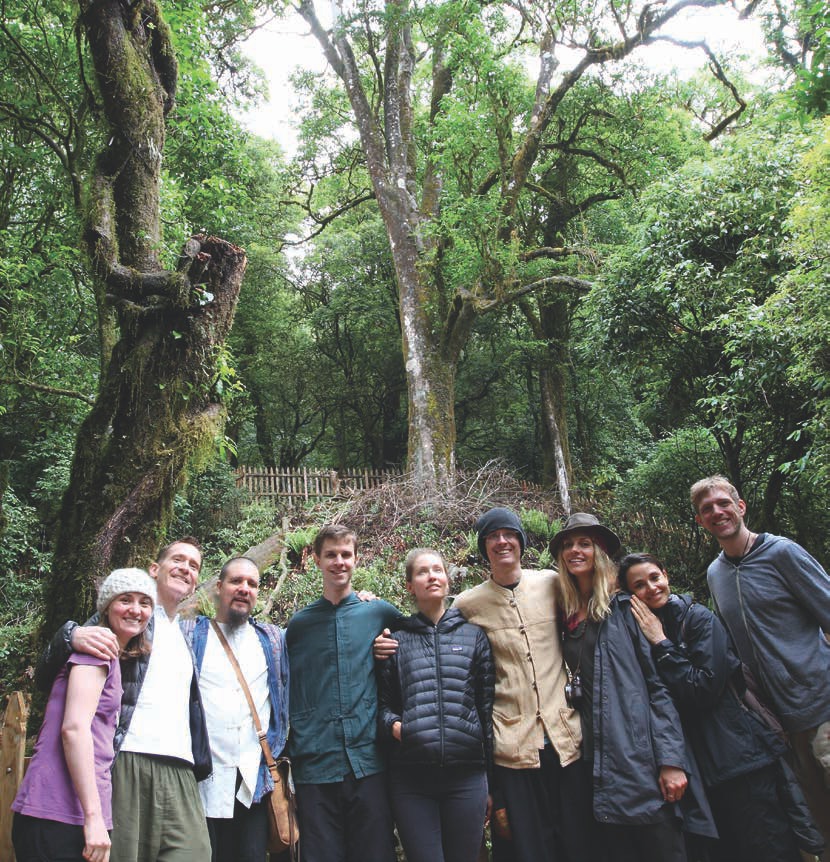 One evening, close to sundown, the Ku people chased a fat deer deep into the forest. Eventually, the deer outran them. When they'd caught their breath, they realized they were lost. Worse yet, a dangerous storm was brewing. The eldest had an idea to climb a tree to look around, hoping to get some bearings. He volunteered to climb, but one of the younger hunters insisted. He climbed up an old tree and looked around, but there was only a sea of green in all directions. The dark sky made him anxious, so he nervously plucked one of the leaves from the old tree and started chewing on it. His whole body filled with bitterness and he thought he was poisoned. He spat and choked, and his tribesmen below were worried he was dying. Then, his face changed and he shouted, "I've found it! I've found it!" He fell out of the tree he was so excited! Now, his mouth was filled with a sweet aftertaste. His energy was full and his eyes bright as the stars. He got up and smiled, again exclaiming, "I've found it!" His tribesmen looked on in amazement. "What did you find?" They asked. "I can see the way home now - see it through the heart!" Everyone started chewing the leaves from the wise old tree, and with renewed energy and clear hearts they made it home safely before the storm, carrying knowledge of this new powerful medicine with them.