"Old Man Camphor" is one of our favorite shou puerh teas to drink on a cold winter day. It is actually a blend of two different grades of shou puerh. We are sure you will love learning a bit more about shou as you drink this heart-warming tea! 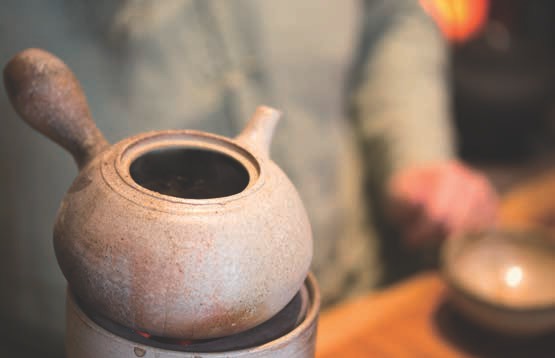 In the cold of winter, we enjoy a nice warming tea that spreads from the chest to the heart-soul, and from there changes our day. We find ourselves brewing bowls and cups of shou puerh these days, increasingly with every drop in temperature. And we have a great shou in store for you this holiday season - one that will warm up your body, heart and soul and help you celebrate more happily with your family and friends!

As many of you know by now, there are two kinds of puerh, ripe and raw (shou and sheng). Sheng tea is produced much like green tea and then fermented over time. Traditionally, all puerh tea was "black" or "dark" tea (not "red", which is a mistake we've discussed repeatedly in previous issues). That's because it was all fermented, whether naturally in the case of sheng or artificially in the case of shou. In fact, during the early 2000's sheng puerh wasn't even included in the Chinese government's statistics for annual puerh production, which would have been much higher had it been. This means that they viewed sheng puerh as an unfinished product, as did most puerh lovers at the time. Over time, however, as aged sheng has grown more rare and expensive, we've all learned to appreciate young sheng on its own terms - without evaluating it in terms of "ageability" or comparing it to aged sheng. Furthermore, as more and more young sheng is consumed, puerh tea increasingly warrants a category of tea all its own! It can no longer be called "black/ dark" tea and it isn't precisely green tea either.

Black puerh (shou, 熟), often called "cooked" or "ripe", is produced through a processes that ferments (fa xiao, 發酵) the tea to varying levels before it is compressed. Called "wo dui" in Chinese, this step in puerh production is akin to composting. The tea is piled, moistened and then often covered with a thermal blanket to increase internal heat. Sometimes previously fermented tea is introduced to promote certain bacterial growth. The process could be stopped at any time, though a typical, "full" fermentation runs from forty-five to sixty days. Different factories may adjust the length of time that a tea is piled based on their recipes, the kind of tea they use, or the desired level of fermentation. Most older shou tea was fermented only partially, whereas the majority of shou produced today is stronger, fully-fermented tea. Ripe (shou) puerh can never attain the quality of flavor, aroma or Qi as a properly aged sheng puerh.

The process of piling puerh to artificially ferment it was developed in the late sixties and then licensed for commercial production in 1973, which is usually the date most books will cite as the beginning of shou puerh. Factories were looking to mimic the qualities of aged sheng in less time. Of course, they were not successful. What they did create, instead, was a whole new category of puerh tea to be evaluated and enjoyed by itself, and according to its own criteria of quality, rather than comparing it to sheng puerh. There are some magical shou teas, indeed - ones that leave long-lasting memories, especially when you are warm and indoors on a cold day!

Ripe tea doesn't age the same as sheng. If the tea was partially fermented, however, it will age. Since many old ripe teas were only partially fermented, they can even be sold as sheng to the uninitiated. Fully-fermented ripe teas tend to mellow out over time, losing some of the rough, "pondy" or ammonia flavors associated with such a long period spent piling. 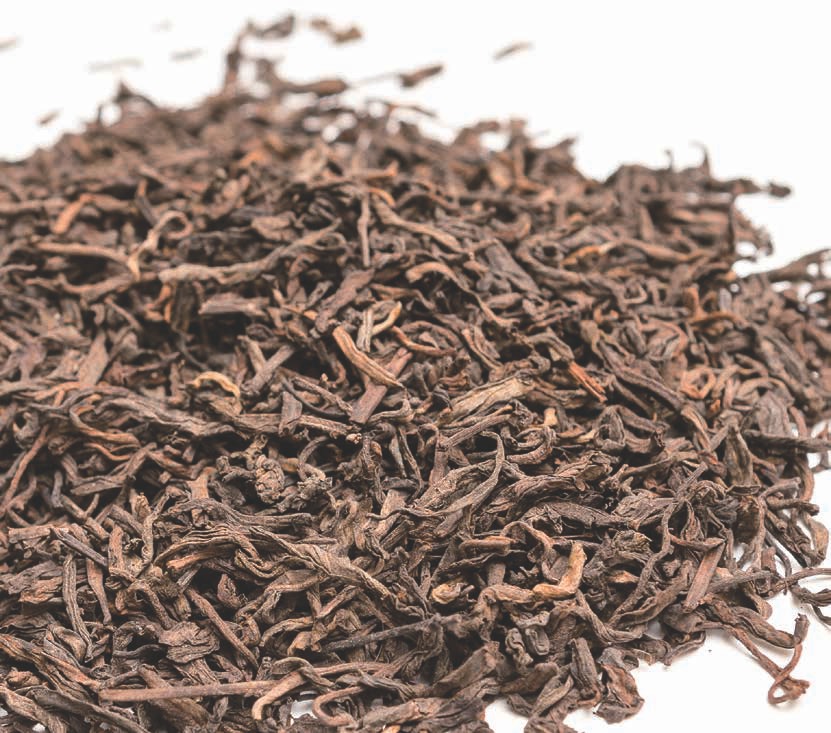 The Lincang region is the northernmost of the three major tea-producing areas in Yunnan. It is also the birthplace of all tea. The forests there have the oldest trees, and deepest roots in Cha Dao. There is some disagreement amongst scholars as to the origin of tea, but in traveling to the three major areas of Yunnan, we have found that the Lincang region is the home of all tea. We especially feel this in the "Five Mountains". Our understanding, however, is based more on a feeling, a connection and affinity to Tea and Her spirit than on any linear proof - take it or leave it. Our tea of the month is a blend of teas from these mountains and also the Mengku region. Shou is almost always such a blend. The five mountains all tea originated from are: 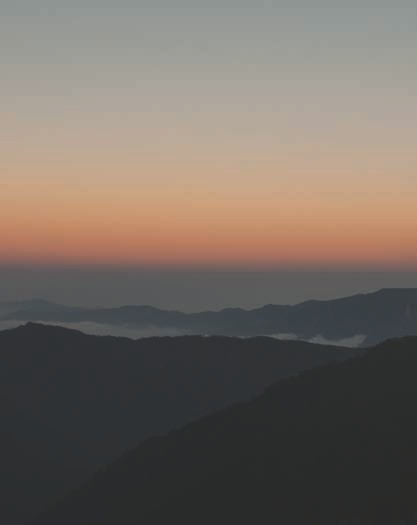 THE PROCESSING OF MAO CHA

Rough tea, called "mao cha" in Chinese, is finished tea from the farm. Mao Cha can become sheng or shou puerh depending on how it is processed at the factory. If it is compressed green, it will ferment naturally and become sheng. Otherwise, it will undergo artificial fermentation. Shou tea can also be compressed before it is dried, but that doesnt apply to our tea of the month.

THE PROCESSING OF SHOU AT THE FACTORY 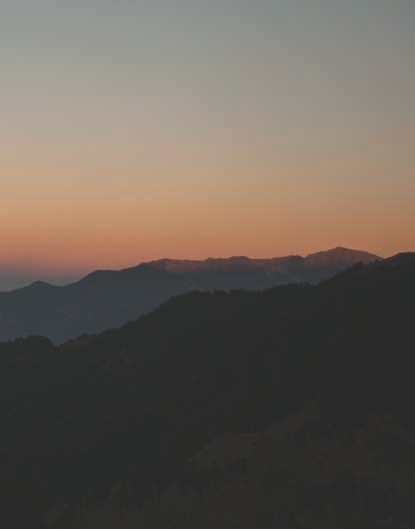 Our tea of the month was not fully fermented, leaving some room to change over time (which it has). This usually makes for a better shou, especially if the raw material (mao cha) was good to begin with. Most shou is piled from forty-five to sixty days to fully ferment it. Our tea of the month was only piled for just under a month, allowing for a real change as it aged, as opposed to just mellowing like most shou teas produced these days.

This month's tea is a blend of two teas from Lincang that we call "Old Man Camphor (老夫樟)". It was piled in a small factory in Yunxian County, though the tea is from two different areas of Lincang. They were both harvested and piled in 2007, aging for seven years since then. (It is important to mention both dates, since mao cha can technically sit around for years and then be piled at a later date, which is often desirable. Our tea doesn't fall into that category, however.) This tea was produced intentionally as loose-leaf. Shou puerh has to be compressed immediately after the piling. It cannot age for some time and then get compressed, as the steam will not work to soften the aged shou puerh enough for compression.

The first tea is a grade one and the second a grade three tea. Traditionally, rough tea (mao cha) and/or artificially fermented shou puerh tea were separated according to grade, from one to ten, signifying the size of the leaf. (We will introduce the grades of puerh in more detail in another article following this one). If you remember from our Special Puerh Edition this September, we noted these two separations in our discussion of puerh production. In the case of shou tea, there will often be two sortings: when the mao cha arrives at the factory and then again after the artificial fermentation (piling, wo dui). The latter is the more important grade in terms of shou, and the one we mean when we say this month's tea is a blend of grade one and three leaves from Lincang.

One of this month's teas is from older trees. We blended this tea with an all-bud tea from an organic plantation - grade one. The older-tree, larger leaves bring a depth and Qi, along with the flavors of camphor that have helped name this tea, while the buds bring a sweetness and darkness to the blend. Also, the buds weren't as artificially fermented so they have aged more than the grade three tea.

We blended these teas in much the same spirit that we blended the Light Meets Life Ai Lao sheng puerh that so many of you have donated for and enjoyed by now: we mixed a deep tea full of Qi with a sweeter, more delicious one to make a blend that satisfies on all levels. The strength of the bigger leaves and the deep camphor flavors make the tea strong, with an inward flowing Qi that leaves you warm and tranquil. The smaller buds, on the other hand, are sweet, fragrant and taste like fruits. They have a more Yang Qi that rises. Over all, the blend is one of our favorite winter teas, leaving you balanced in your heart but with some of your energy still outwardly focused. The overpowering camphor flavors of the older, grade three tea is mitigated by the sweetness of the smaller buds, and the result is a rich and creamy shou that still sings enough camphor notes to be named "Old Man Camphor".

This beautiful shou tea from the birthplace of all tea and Cha Dao is a perfect excuse to prepare some loving, warming tea for your friends and family this holiday season. We hope that you feel our heart and warmth there with you, celebrating with you.

Sometimes, the holiday season can be stressful. But it shouldn't be thus for Chajin, as we have such a great practice of calm and centeredness to rest in, allowing the real holiday spirit to reign over this December - a season for joy and love, and a season for family and giving. And these are the things Global Tea Hut is all about! 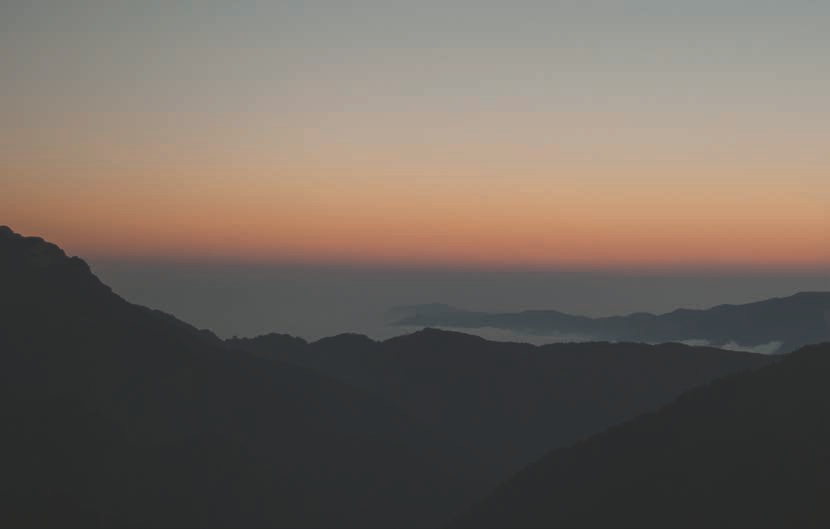 Brewing Tips for This Month's Tea

Shou puerh is a very forgiving tea to brew. It is really nice brewed strong, so don't be afraid to put a little bit extra in the pot. It should be dark and creamy, smooth and earthy - with hints of camphor, of course.

You will want to steep this month's tea in a pot. We recommend a side-handle brew for this tea, but you could also brew it gongfu, preserving the tea for more steepings. It is time for many of you to move from bowl tea to side-handle, getting more used to using a pot in your tea brewing. You could also brew this shou in a large pot, Ming Dynasty style (which later became the Western style of brewing, as well).

Shou puerh like this requires a lot of heat. The hotter your water, the better. Having tried our gongfu experiments concerning temperature, you'll know the importance of heat in gongfu brewing. This is even more essential when it comes to shou puerh like this. Oftentimes, beginners want to blow on tea to cool it down. This distorts the tea's energy and diffuses its flavors and aromas, distracting from the experience. Learn to appreciate tea brewed at higher temperatures (without burning yourself, of course). As you progress, you will see that hotter tea makes for a more flavorful, aromatic and energetically deeper brew. In the meantime, wait patiently for your tea to cool enough to where you are comfortable drinking it, as opposed to blowing on it, which distorts it. You can do an experiment to verify this yourself, blowing on one cup and then refraining over another.

Notice how the warmth spreads outward from the chest and stomach. This is where puerh enters the subtle body. For that reason, it is better drunk from larger cups, with big gulps. Oolong, on the other hand, enters the subtle body through the head (aroma/air) and is therefore better drunk from small cups, with the smallest possible sips. Try brewing this tea in bigger cups or bowls, and taking large sips to facilitate the Qi in your chest/stomach. Enjoy the warmth, as well as the contrast to what is, for most of us, a cold scenery just out the window...