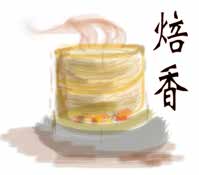 A lot of the quality in an oolong tea is in the roast, and you can tell when you come into a room where it's baking: The fragrance uplifts everything, reminding you of all the reasons why you fell in love with Tea in the first place! There is no clearer demonstration of this as when you cup some yet-to-be-roasted rough tea from the farm (maocha) and find a clearly superior tea, only to return after the leaves have been roasted and find that the tea you selected is no longer the best. Even though everyone present could agree that the finest tea was smoother, clearer and processed so well, the roast has had such a huge impact on the oolong tea that another tea is clearly the best of the bunch. And since oolong is a roasted tea, whether light or heavy, this means that what we take home to enjoy at the end of the day is as much in the roast as it is in the leaves!

Traditionally, very little oolong tea in Taiwan was roasted by farmers themselves. They would produce the maocha and the shop owners would roast it. This increased the amount of skill and heritage in oolong tea, as there were secrets and traditions, skills and roasting methods passed on for generations just like the farming or brewing techniques - enhancing and enriching tea culture in general. One of the things that makes tea so special, in fact, is that the leaves aren't the finished product, the liquor in the cup is. In that way, the brewer is as essential to the process as the Nature that produced the tree, the sun and rain that made the leaf or the farmer that plucked and processed it. 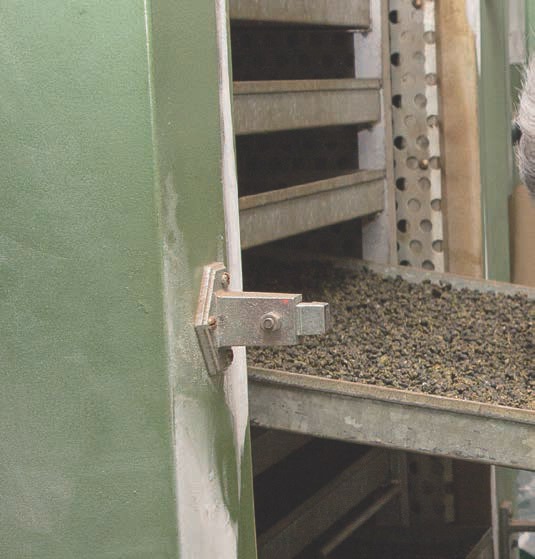 This trend of roasting tea in shops seems to be dying in Taiwan, as more shops move towards commercial presentation and tea preparation and more farmers begin to roast their own teas. Customers often choose to buy their teas directly from farmers these days, and as a result some shops will eventually go out of business.

As we talked with Master Lu Li Zhen about all this, he commented that it was a shame because nowadays anybody, without any knowledge, skill or tradition in tea can open a tea shop. Back in the day, shop owners like Master Lu worked in relationship with farmers to produce the kinds of tea they wanted, and then they roasted the tea themselves to suit their taste, or the taste of their customers.

Although such master roasters aren't as common as before, they are still around Taiwan. Master Lu, as we discussed, roasts all his own teas, and still has the same relationships with tea farmers that he has cultivated for decades. And when a master roasts a fine oolong tea, you can really tell the difference! 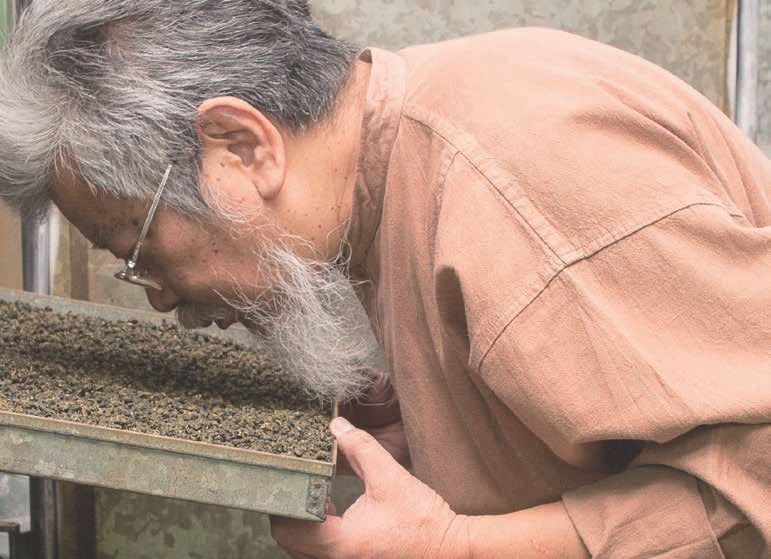 Oolong tea can be roasted with charcoal, as it was traditionally, or electrically. Master Lu does all his roasting in electric machines. As he makes a great variety of teas, his roasting time also varies greatly - from twelve to seventy hours. Darker teas like Tie Guan Yin will need to be watched and checked on for the duration of what is, essentially, three days.

"Roasting takes a lot of skill, some of which can be learned and some which is cultivated by years of experience."

There are different schools of thought when it comes to roasting oolong, and some of them relate to the discussions we've had in previous issues concerning aging oolong: Some farmers or roasters suggest that the tea should be roasted in sessions, stopping and starting again, whilst others think that the tea should be roasted in one session. As some of you will remember, we discussed how some people roast a tea once and then age it, while others open the jar every few years and re-roast again, ostensibly to get rid of humidity and any unwanted flavors that have accumulated. Like Master Lu, our experience shows that the single-session philosophy always makes better tea, in both roasting and aging oolong.

Once or Several Times

Master Lu discussed with us that you really only have the one chance to bring the best out of a tea. It is all about knowing the tea and then choosing a temperature and time to roast it, watching it and rotating the shelves in the roaster. It takes a lot of skill, some of which can be learned and some which is cultivated by years of experience. When oolong is re-roasted throughout its aging, it often ends up tasting exclusively of roast. And with such re-roasted tea, it is always easier to lie about the age and bump up the price, since it all Roasting Oolong starts to taste the same after it has been roasted and re-roasted a few times.

The best roasting always enhances the tea and leaves no trace of itself. In Chinese, they say that the roast (pei, 焙) enhances the tea without any fragrance or flavor of fire (huo, 火). When you smell teas that Master Lu has roasted, you smell nutty, fruity, roasty aromas but do not smell anything burnt or carbony. If the tea is roasted too strongly, it tastes burnt. When smelling the dry leaves of such tea, the aroma pinches the nostrils and burns slightly when you inhale. A fine oolong, on the other hand, is inhaled very deeply and comfortably; and though you will smell the roast, there is no fire or burning sensation accompanying this. A good way to begin to sense this is to focus on the way the air feels in your nostrils - the sensation(s) of its touch - as opposed to the fragrance itself.

Sometimes teas that were roasted more heavily with charcoal, like Wuyi Cliff Tea or Anxi/Muzha Tie Guan Yin, the shop owners wouldn't sell the spring tea of a given year until New Year of the next, in order to let the fire in the roast cool down to the point where you couldn't smell or taste it. Alternatively, some vendors, then and now, would sell the tea, but encourage the customer to store it for some time before opening the bag.

Roasting as a Dao

There is a lot of depth in understanding that each stage of tea processing should enhance the tea without leaving a trace of itself. The firing should enhance the tea by removing enzymes that make it bitter and arresting oxidation, but should do so in a way that leaves no flavor of de-enzyming. Similarly, the rolling of tea should help break down the cells and shape the tea without leaving a taste or flavor of rolling. And, as we have discussed, the roasting and aging of a tea should also improve it without marking it - teas marked by the environment in which they are aged will never be as nice as clear, clean and peacefully aged teas. (In a way you can think of aging tea like meditation: a comfortable, clean and peaceful environment is more conducive to success.) In the same way, the brewing of tea should also follow this trend: we should brew the tea in a way that brings out the greatest potential of the tea and yet leaves no trace of the brewing or the brewer.

If you can taste the teaware or the mind of the brewer, this will adulterate the tea, and what might have been a fine tea will be ruined. This often happens in tea shops when money and business are discussed over tea. Like a fine roast, our teaware should lift the tea up so that it can shine, but without disturbing it. You might think of the teaware, brewing and the brewer as all the props and stagehands that go into a great concert. The stagehands, sound and lighting technicians are all there to enhance the performance of the star, but they should do so in an unseen way. The audience should never know they are there. If you hear the soundman tinkering with the sound, he hasn't yet mastered his art. And that is what we should strive for in the gongfu of tea, whether in the roasting or in the brewing. And this month's Buddha's Palm tea is a testament to that, and appreciating the aroma of the dry leaves and the liquor says a lot about what a master roaster like Master Lu can do with a fine oolong tea!