Master Zhou is one of the greatest living teaware artisans. He is an amazing artist and a great soul. He has a wealth of knowledge about purple-sand lore and shares it freely. It's an honor to introduce him in these pages. His work has influenced our tea journey in too many ways to discuss, though we should still try...

The best teaware artisans love tea. Of course they do. At first, this statement may seem too obvious to mention, let alone to start an article with. But even a cursory survey of the tea world shows just how much soulless junk and gimmicks are made in the name of Tea. Sometimes beginners who are just starting out on their tea journey realize that a teapot or tea set doesn't function, which makes you wonder about the makers. On the lower end of the spectrum there are mass-produced factory tea sets, as well as potters that make teaware only because that is what sells. In the middle ground you have those who have some skill and also drink tea casually, in a day-to-day, "kitchen" kind of way, and therefore make decent teaware, but it lacks the spirit or functional grace of the wares made by a master who also cultivates a tea practice. And if ever there was a mas29 ter worthy of this last category of 'tea lover and master craftsman', there couldn't be a better candidate than Zhou Qi Kun (周 其 坤).

Only when a teapot is created by the hands of one who brews tea with love and devotion will it inspire such love in the Chajin who takes it home. The one who brews tea every day, and not out of habit or lifestyle, but rather out of passion - such a one will make pots that other tea lovers will want to use. When you combine skill with soul, you get mastery. This is true of every art. When a song, poem or painting comes out of the heart and soul - or even better, the Stillness beyond - it encourages a movement towards that same place in the witness. When you love Tea and devote yourself to it, you will understand not only the spirit that informs Tea, but also all of the functional nuances that will make beginner and master appreciate your craft all the more.

My teacher, Master Lin Ping Xiang, traveled to Yixing over and over for years looking for a teapot maker that had a deep love for tea and teaware, as well as a desire to improve his tea brewing skills and to explore the relationship between purple-sand ore/clay and Tea. You would think that in the "Teapot City" this would be as easy as picking a direction and going, but it's not. Not nowadays, at least (if it ever was). And then, just when he'd almost given up hope, Master Lin and Henry met Zhou Qi Kun. Magic was about to happen... 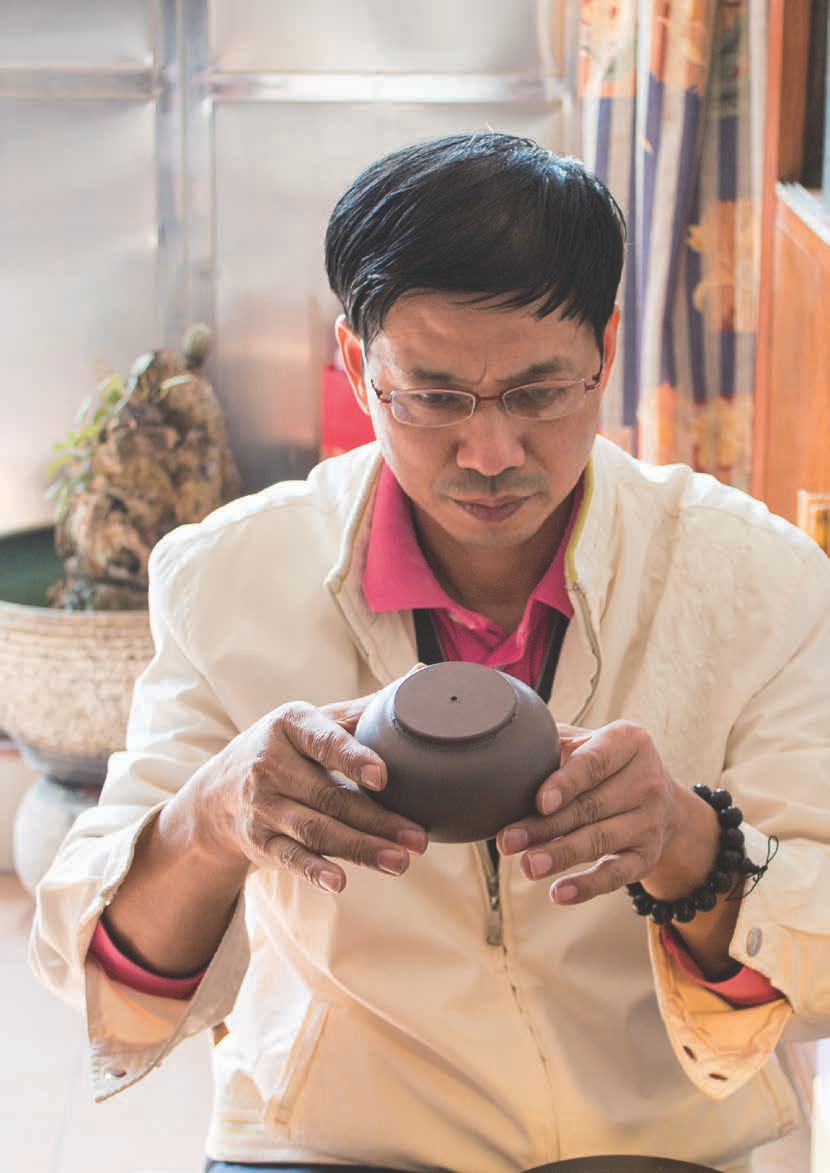 Master Zhou was born in 1963 in Zhao Zhuang Village, Yixing. He was a smart and precocious boy who was interested in all things. Tea and teapots were a part of everyone's life here, and it's hard to find anyone in the area, even today, whose life hasn't been influenced by teaware. Master Zhou's wife is named Chen Ju Fang. She was born one year later, in 1964. They were classmates growing up, and when you ask them about growing up together and eventually falling in love, they both smile in a very sweet way. Though they say that it wasn't until they were much older that they noticed each other in a romantic way, you get the sense that there is a strong destiny flowing throughout their story - weaving through the present time as well. It's in the way they effortlessly get along, as if support and strength were second nature.

When I sat down to talk with Master Zhou and Master Chen about the past, they both shared a lot about the suffering of living through the Cultural Revolution. Their stories evoked a feeling of fear and suspicion that pitted neighbor against neighbor. They also shared a lot about the poverty and simplicity of growing up in those times, demonstrating real life wisdom along with their narrative. Despite their success, they still live modestly and are not materialistic. They recognize the value of happiness, hard work and devotion and treat their guests with selfless honor. I wasn't the only guest to pass through during the ten days I was with them, and so any notion that I was VIP or special because I was foreign was thrown out as others came and went. I realized that they treat all their friends and guests with the love, generosity and hospitality which I received. (And that is saying a lot!)

After being a carpenter for some years, Master Zhou made the decision to begin making teapots. He went to school, studying the history and lore of Yixing ware as well as the chemistry and science of pottery. He was an apprentice to Yang Qing Fang, who is one of the ten grandmasters of Yixing, and eventually became his top student. In fact, it was through Master Yang that Master Lin and Zhou met.

I could write another few articles about Master Zhou's accolades - which awards he's won and where (and he has won them), his press, etc. - but that would betray everything that he is as a man and as a master. Though he knows more about Yixing lore and craft than anyone I've ever met, he is humble and will listen to every insight offered, even from a foreign friend. He is modest about his work, as well. He has a very strict and disciplined nature, and demands much of himself as a person and as an artist. You'll know more about him if I tell you about his approach to teaware as opposed to listing his tributes. 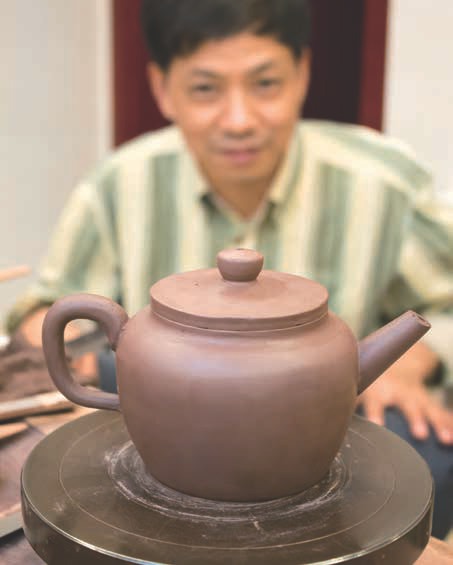 Master Zhou loves tea and he loves teapots! That can't be overstated. Even in ancient times, it was rare for someone to know so much about the entire process of Yixing production, from ore to fired pot. Even today, most of the workers specialize in their own niche: from making molds to mining ore, refining clay to making pots. Others sell pots and understand them from a collector's viewpoint, studying the history and authenticity of antiques for example. Master Zhou hasn't just dabbled in all these fields, he understands them in great detail. I was amazed that even his students didn't really have a desire to engage in our conversations about Ming Dynasty pots or wood firing, focusing on their jobs as teapot makers instead. And as we traveled around to ore collectors, clay refiners, mold makers, teapot makers and vendors, and both gas and wood-fired kilns, I realized that most all the masters in these fields were enthusiastic to learn from Master Zhou, often listening as aptly as I was.

I am also always mystified by how easily Master Zhou navigates the scientific, experiential, aesthetic and even spiritual aspects of Tea. He can discuss the energy of the kiln and then with the same bright smile move on to discuss all the chemical reactions happening at any given time, rattling off compounds as he does so. All told, I hope you get a sense for him as a master and a person, because both are worth knowing.

Master Zhou and Chen are both members of the Chinese Industrial Art Society and Jiangsu Province Zisha Ceramics Arts and Crafts Society, where they participate in meetings and research. Master Zhou continues to hone his craft and innovate new pots that satisfy his artistic bent, while at the same time researching improvements in ore/clay production, teapot making and firing in terms of tea brewing. His research results in more affordable pots in a sliding scale produced by him, his wife and his students at the "Wu Xin Shan Fang" studio. Through trial and error, Master Lin, Henry and Master Zhou have successfully created some of the best modern pots for tea brewing in existence.

Master Zhou has mastered the art of inlaying gold onto pots, like a starry sky, and is considered the best in that design. His starred pots are so refined. The grace and movement of the gold highlights all the subtle elegance of a traditional teapot shape, and each speck of light seems to shine from its own space. They all also are seemingly equidistant form the rest, which reminds me of Indra's Net - in which every jewel, at every joint, contains a reflection of all the rest.

I feel honored to share a bit about Master Zhou Qi Kun with all of you. He has been one of the great teachers of my life. I've always had a passion for purple-sand teaware, and have learned tons from the amazing pots I have brewed with - everything from better gongfu to spiritual lessons. And there isn't any aspect of what I know about Yixing pots that hasn't been refined by Master Zhou. It's hard to write an article like this, about someone you consider a brother. Master Zhou is not a story or an article to me. He is my friend. 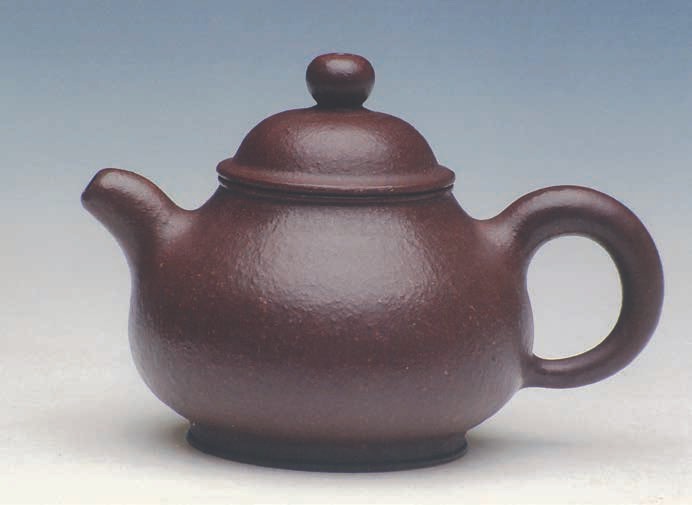 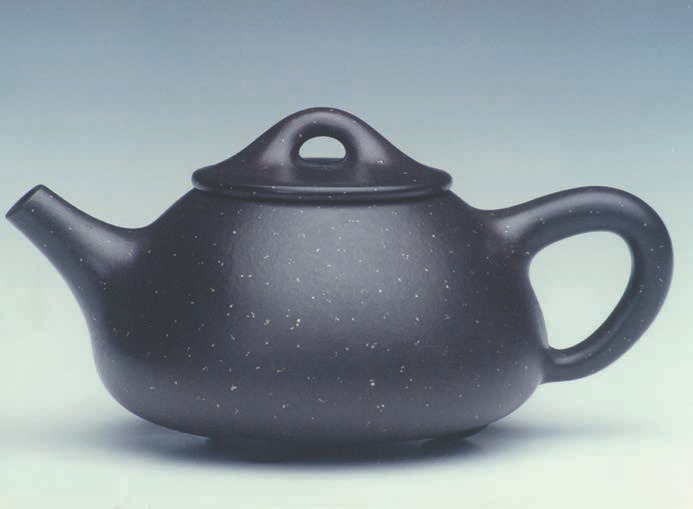 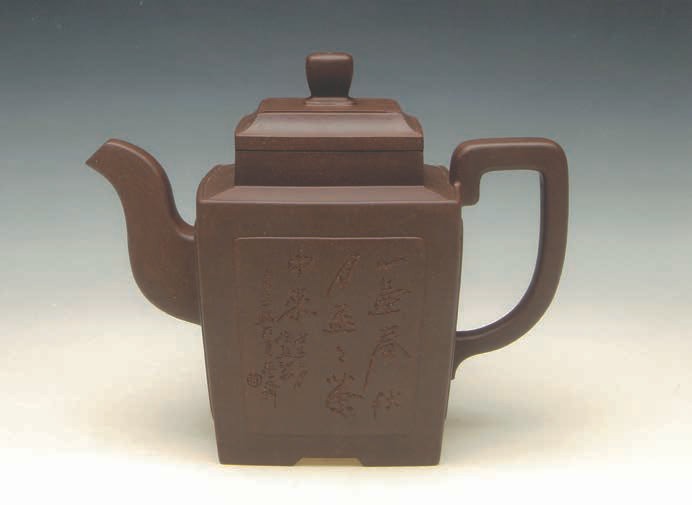 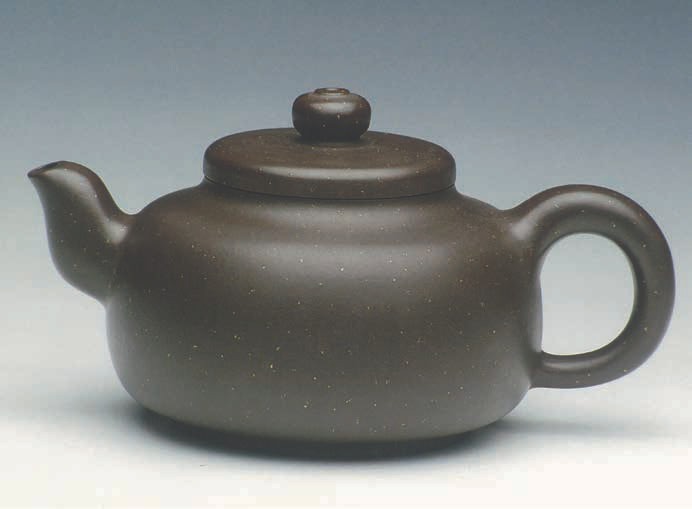