At the end of the Song Dynasty, the empire had collapsed financially. The first Ming emperor was a farmer's son, and quickly initiated several economic reforms, one of which was outlawing powdered tea, which was an extravagancy that cost twice as much effort for half the yield. He demanded that all tea be steeped loose, much as it is today. As a result, all the major kilns in China began competing for the attention of tea lovers, producing pots and wares to steep tea in the new fashion. Very quickly, all the kilns went back to producing what they had been prior to the Ming decree: plates, bowls, dishes, vases, etc. And in one of those cities every man, woman and child became involved in the production of teapots, from mining ore to transporting it, processing clay to producing pots - the whole city became known as the "Teapot City". That city is Yixing.

The reason why Yixing superceded all the kilns has to do with the magic properties of its clay. As we spoke about in last month's Five Elements series, all teaware is stoneware. Yixing, too, is an ore mined from deep in the earth. And tea lovers, then and now, could discern the drastic effect it had on the tea they drank - a marriage ordained in Heaven. Some say it's because Yixing has no lead and is therefore unglazed and porous, so the oils of previous sessions stay in the pot to benefit later tea. Others say it's the high amounts of iron and other minerals, which help preserve temperature. Still others say it's because Yixing pots are slab-built, rather than thrown on a wheel, which preserves the structure of the clay, including the pores. But really there is no "why"; it just is. Yixing makes the best gongfu tea. When asked what teaware to use in gongfu tea, Master Lim always says: "There is Yixing and there is no second."

There are three families of clay from Yixing, hongni (red clays), zisha (purple clays) and duanni (yellow/gray clays), each with several sub-categories. It is purple-sand clay (zisha) that made the city famous. In fact, it is also called the "Purple-sand City". This is the clay that displays the most magical effects on gongfu tea preparation.

If you can get your hands on a purple-sand teapot, try some experiments. Put 3 grams of the same tea in a porcelain pot or gaiwan and an Yixing purple-sand pot. Steep them with the same water and see the difference when poured into identical cups. As we have discussed in this section before, pay attention to the mouthfeel, and how smooth the tea is going down. What effect is the Yixing having? How is the tea different?

An alternative to this is to brew the tea in a gaiwan and then use another gaiwan/porcelain pot as well as an Yixing as pitchers. Pour the steeped liquor into both and then from there into identical cups. This makes the preparation a bit more equal and might further clarify the differences between the two. You could use glass or other kinds of clay instead of porcelain. Similarly, you could pour directly from a porcelain or glass pot into a cup and then into a purple-sand pot before pouring into the second cup. Using the Yixing as a pitcher in that way may help you clarify the differences... 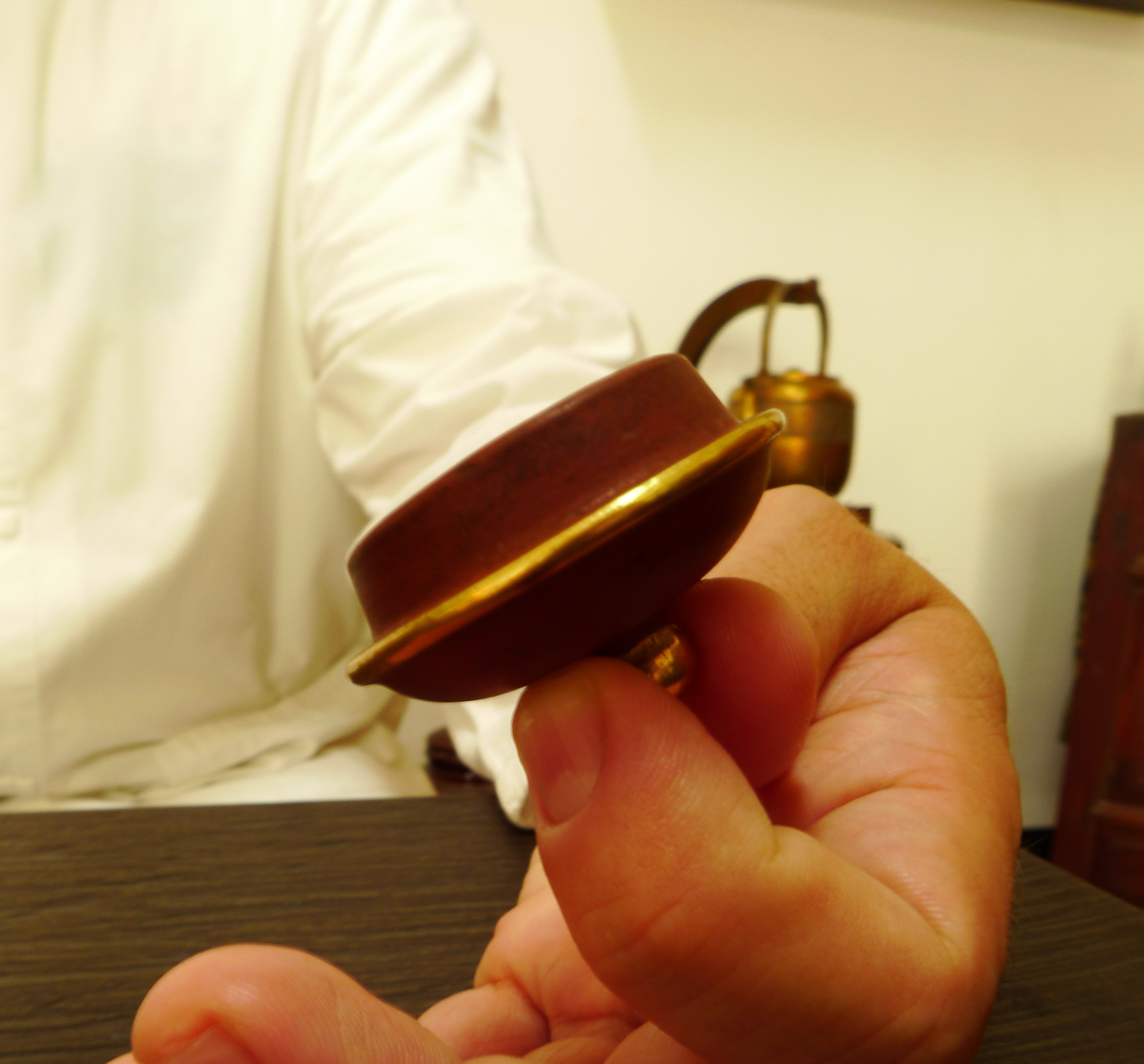