Wu De tells us the legendary story of Master Lu tasting the water from a famous rivulet and knowing that it was tainted with other water, and then shares some Zen commentary on the meaning of story. Understanding the great sensitivity of the ancient tea masters encourages us to cultivate ourselves, and is inspiration for any tea journey.

The noble Lin received some very high-quality spring tribute tea from an associate in the palace. He hoped to share it with Master Lu Yu, and so quickly dispatched an invitation to the mountain where he dwelt. The old master replied from his hermitage that it was his virtue to never, ever refuse an invitation to have fine tea.

Having studied the old master's books, the noble Lin knew that the water gathered just after the Tiger Falls at a relatively still spot surrounded by current was ideal for such green tea. However, he quickly became busy with preparations for the master's visit and postponed the trip until the very day of Lu Yu's arrival.

He woke up especially early that day, sincerely wishing to draw the water with his own hands. Such was an honor, and not for the servants. They found the spot Lu Yu had written of, and amazingly it was a calm oasis within a rush of eddies, as if the river itself took a rest there. The noble Lin filled a stone jar to take back with them. Unfortunately, as they neared the shore, the boatman came aground on a stone and the boat was rocked violently, spilling a third of the precious water - and there wasn't time to return to the source. "Effort is most of it", realized the noble Lin, so he topped the jar off with water from the shore, thinking no one would ever be the wiser.

The master arrived, and though they had never met before, they greeted one another like old friends - as tea lovers then and now are the world over wont to do. When the tea was prepared, its fresh aroma filled the room and everyone smiled in satisfaction. Lu Yu was very pleased, and reverently bowed to the noble Lin, thanking him for the opportunity to share such wonderful tea in a pleasant setting. He closed his eyes to converse with the tea, but his host wished to have other conversations: "I gathered this water myself from the 'Calm Eye', just past the Tiger Falls," he said obsequiously. A single white eyebrow rose in askance, and the lid beneath fluttered open. The old master clucked his tongue, "hmmmm...really?" He paused and cocked his ear up, as though listening to a distant sound. "I think you should have left well enough alone. Though this tea has such water in it, it was diluted with inferior water from elsewhere, was it not? I would guess you weren't mindful and spilled some along the way."

The noble Lin bowed down in awe and apologized profusely. Master Lu Yu stayed him with his hand, "the words were more detrimental to the tea than the water. Enjoy it as it is, and I promise I will too." His admonishment and smile were so heartfelt that the noble Lin did indeed relax and enjoy the rest of the afternoon in silence. His embarrassment vanished, and the two parted life-long friends. 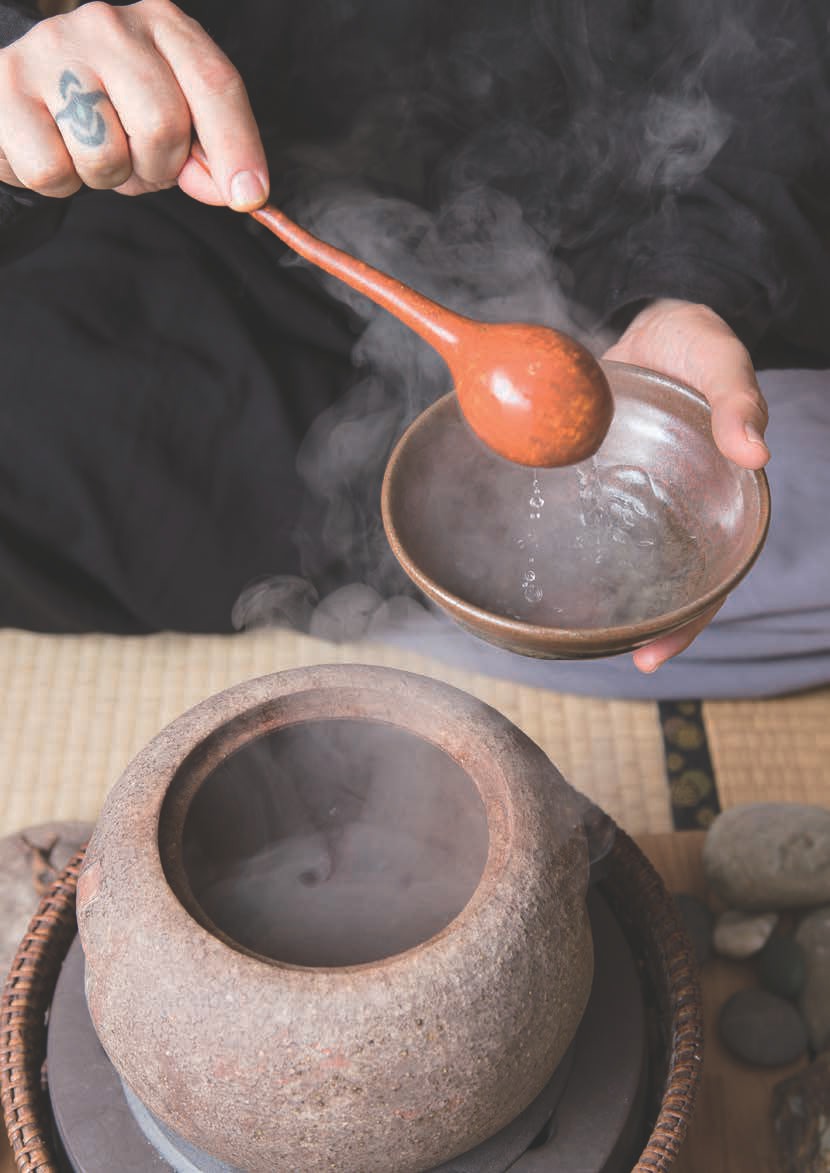