Water is the Mother of Tea, and there is no aspect of tea brewing as influential to the final cup as the water. It is therefore very helpful to do as many experiments with water as you possibly can. We've chosen Sam to write some of these experiments because he is doing them for the first time, which is an important perspective to share.

I remember when I first started making tea with my trusty electric kitchen kettle. After reading some blog posts, I bought a kettle that sets the temperature for you. I had read somewhere that if the water over-boils it is ruined. I doubt I noticed the difference, but I had a fancy kettle that cost me about what I live on for two months these days, and an intellectual justification for buying it. For most aspects of my life at the time, this was enough to warrant buying something. 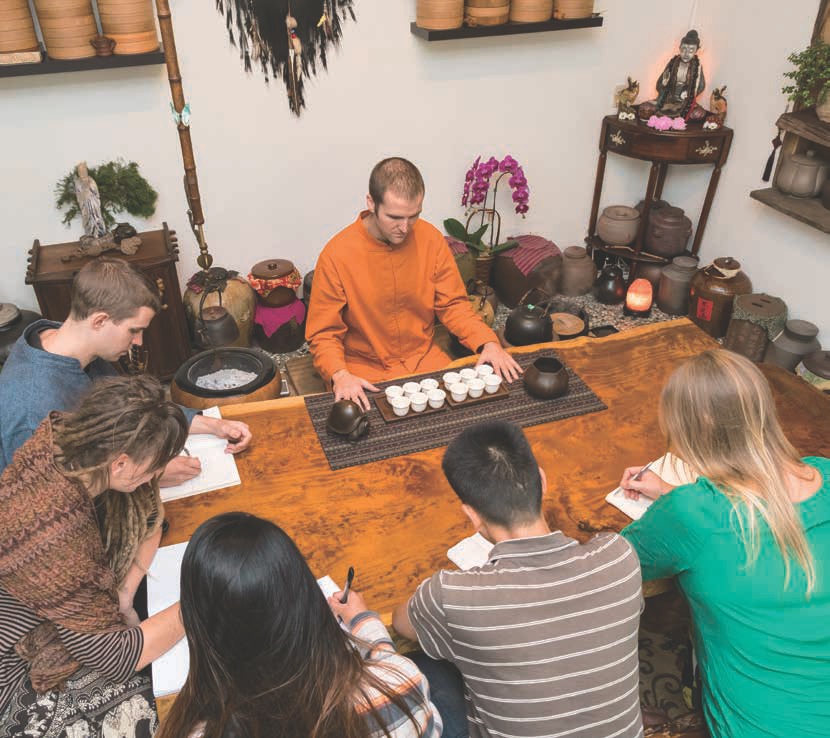 When I first visited the Tea Sage Hut, Wu De described that water was like a balloon; if you over-boil it, the water bursts. I never completely understood that, but I definitely paid more attention after that. As I read more, I saw that what he was saying aligns with the teachings of the Tea sages of long ago as well. They called water brought to a full rolling boil things like "raging torrent", "ruined water", "old man hair" and "dead man's water", none of which sound well-paired to tea. This seemed to fulfill one of the two requirements given by the Buddha before accepting something as true: that it be in concordance with the teachings of the wise.

The most common reason given for not over-boiling water for tea is that it "releases the oxygen" from the water. This wasn't something I understood at first because I thought this meant the oxygen molecules separated from the hydrogen, which would mean that it wasn't water anymore. After a thorough examination of a variety of 'chemistry for kids' websites, I started to get an idea of what this meant. Oxygen is dissolved into water, held by the hydrogen bonds between the water molecules. As it heats, and the molecules move faster and faster, these bonds break and the oxygen escapes. So the longer the water boils, the less of these oxygen molecules there will be in the water. While these may be replaced as the water cools, as it returns to an equilibrium, there is an exchange of oxygen and gases from the air. 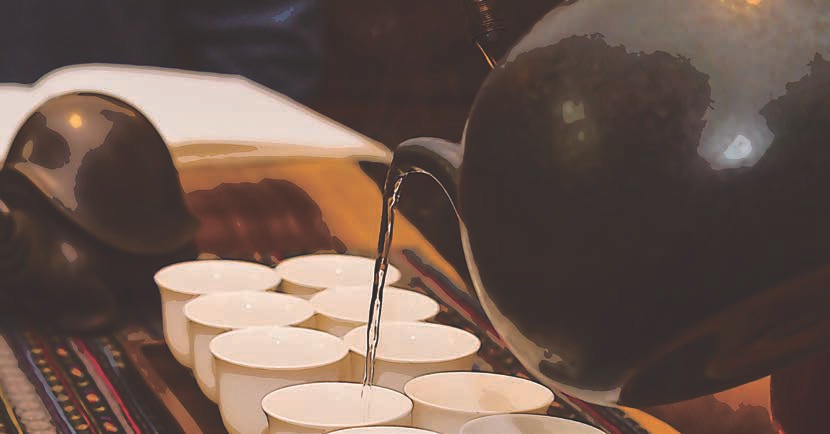 There are also a number of other elements affecting the water quality for tea, apart from just over-boiling:

The purpose of having some understanding of this is not to enter an intellectual mindset towards this experiment, but perhaps to better understand what's going on in the water we make for tea everyday. Remember, we want to stay openminded during our experiments. Perhaps what our modern chemistry is pointing toward is the same thing the ancient tea sages knew, or perhaps they understood more... Regardless, I thought this month would be a good time to look at the influence of over-boiling the water. And thus, I would be fulfilling the second, and more important, requirement given by the Buddha for accepting something as true: In concordance with your own experience!

What you will need

It is ideal to have two identical kettles. We used a pair of Lin's Ceramics kettles. You can also use two glass kettles if you have them. If you do not have two of the same kettles, you can also do this experiment with matching kitchen pots. You will need two heat sources, one to heat the water and the other to keep it warm. We used an infrared burner and an alcohol burner. However, you could use two gas burners, having one set to a really low flame. Finally, you will need two identical cups. We used tulip-shaped porcelain cups, which are often best for gongfu tea experiments due to their uniformity and consistency. The closer you can get all these elements of the experiment, the more clearly you will be able to discern the effects of over-boiling the water. We do not brew tea in a laboratory, so it is not necessary to have all the elements controlled. Nonetheless, by doing our best to restrict the amount of influencing factors we will get closer to experiencing the factor we are testing. 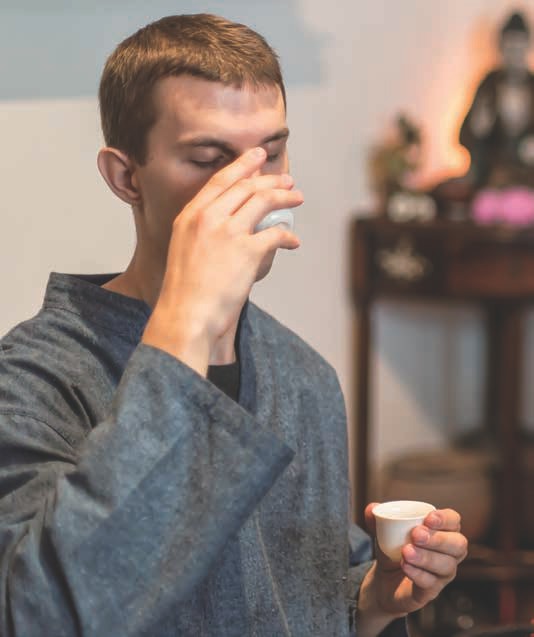 Start by heating both kettles at the same time. Once one comes close to boiling, "Fish-eye" bubbles will start rising from the bottom of the kettle. At this point, drop the heat down or place it on an alcohol burner. You will want this kettle to stay at this temperature while the other continues to boil. Allow the other kettle to reach a full rolling boil and let it proceed to boil for three to five minutes. While this is longer than you would ever allow this to happen if you were brewing tea, it helps to make the difference more obvious until we refine our sensitivity. Perhaps, after trying it once, you can reduce the time and see what happens.

Once you have done this, warm and rinse both cups. Pour water from one kettle into one cup and from the other kettle into the second cup. You should use the same hand to pour both kettles, as changing hands could affect the outcome (that's an experiment for another day). Taste back and forth, starting with the cup containing the overboiled water. There will obviously be a difference in temperature, but try to focus on the mouthfeel and structure of the water instead. Things like the way the tea coats the mouth, whether the water stays together, where it sits in the mouth, how it swallows and so on... This experiment requires a quiet, focused mind. Try to do it in silence with a notebook on hand to write down the differences you notice. Try this for at least three cups, switching the kettle you pour from first to consolidate your experience.

We would love to hear how this experiment went. Please share with us either via our discussion board on our website or by writing to us at globalteahut@gmail.com 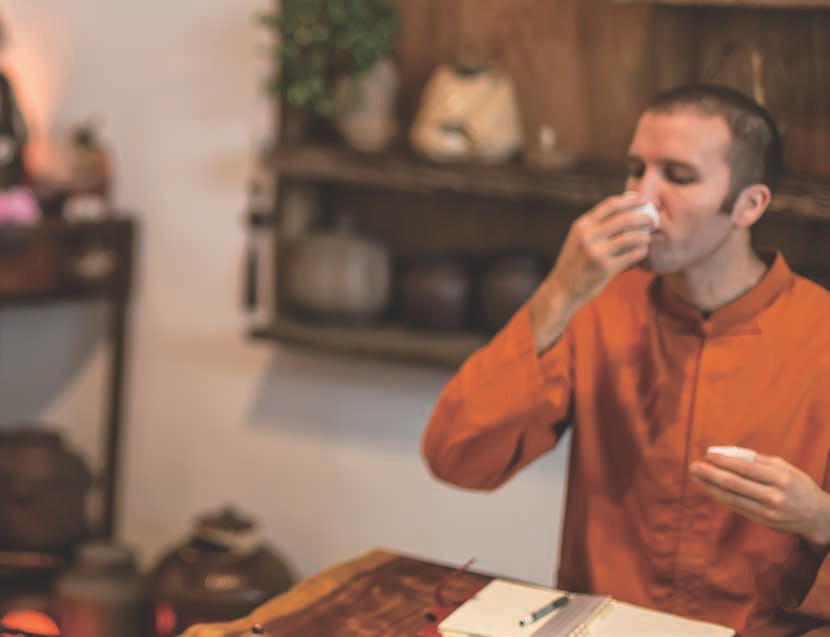