Zen is no ordinary religion. It has no prevalent dogma, rites or rituals; there isn't even any coherent soteriology - Zen is an experience! And throughout the ages, masters have used a wide variety of techniques to help instill that certain sensation in students: a recognition of the fact that the so-called "self " is an illusory construct of social programming and of rational, as well as linear, linguistic thinking. This experience cannot, however, be easily described or conveyed in words, concepts or ideas; it must be lived through. As a result, many of the methods used to catalyze this awakening were also non-verbal; and all too often even when they taught in words, the teachers of old used illogical nonsense meant to show the practitioner the absurdity of trying to achieve a linguistic Zen. More often, the transmission happened quietly and subtly, and wasn't recorded in books or treatises, occurring instead within the realm of personal experience - the space between master and students. And in imagining these ancient gardens, monasteries and forests where intuition was passed on from master to pupil, we invariably find steaming bowls of tea nearby; for since ancient times, Eastern mystics have utilized tea to transmit understanding. After all, what could be more substantial and experiential, as well as symbolic and philosophically profound, than the master brewing his mind into a cup that is passed steaming to the student, who then consumes and absorbs it, physically and spiritually, literally and metaphorically? 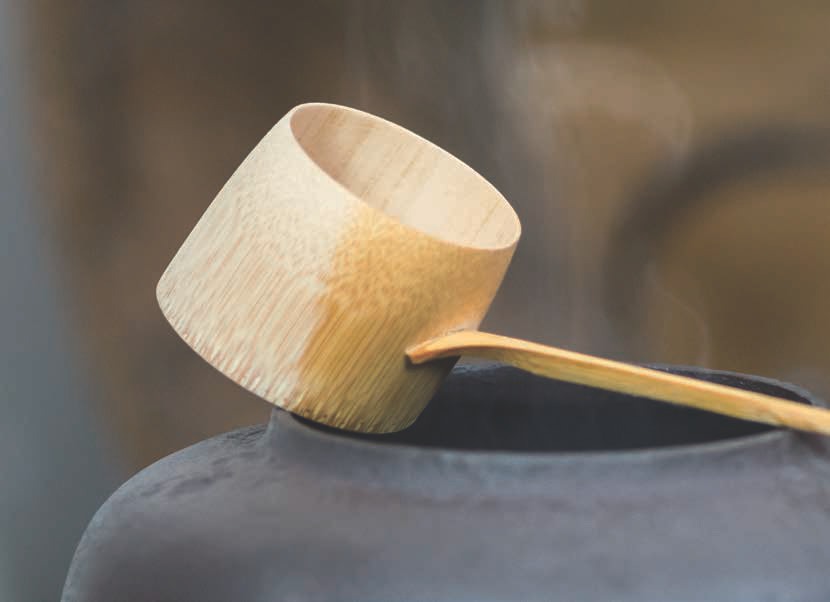 They say that the flavor of Zen and the flavor of tea are the same, and without an understanding of one, there is no mastery of the other. The affinity between tea and Buddhism, especially Chan (Zen), is a friendship dating back more than a thousand years. In the beginning, tea was an aspect of spiritual well-being and healing, used first by aboriginal shamans and then later by Daoist mendicants. Learning from these Daoist sages, the early Buddhist monks would also come to adopt the Way of Tea as an important aspect of their tradition. They would then be the first ones to domesticate tea, and also develop much of the aesthetics, pottery and brewing methods that would mature into the artistic appreciation of tea by royalty and literati. All of the famous tea mountains in China also have Buddhist monasteries on them, and this is no coincidence: sometimes the monks or nuns were drawn by the wizened tea trees that grew wild there, while at other times they brought the tea with them.

When tea was eventually brought to Japan by monks who had traveled to the Mainland to study Zen from the masters there, it would also develop into a symbolic expression of the Zen mind in the tea ceremony, called "Water for Tea (Chanoyu)." These monks came back with Buddhist teachings, tea wisdom, teaware and even seeds and saplings as a testament to the fact that tea was such an essential aspect of practicing Zen at that time that they couldn't establish Zen in Japan without it. But what was this "Zen" that needed tea to take root?

There was to be a sermon on Vulture Peak, but the Buddha only raised a single blossom and held it poised in his fingers. And thus, as Mahakasyapa understood, Zen was established. There is a metaphysical distinction between the "Buddhist" tradition and this mind-to-mind transmission of wisdom, which came to be known as "Chan" in China and "Zen" in Japan, after the Southern-Chinese pronunciation. Despite this division, the ineffable, living Zen is not necessarily mutually exclusive with the tradition of Buddhist ideals and philosophy that shares its name. Many masters have found their wisdom wearing monastic robes, and chosen to keep them on afterwards as a way of exemplifying ideals and sharing their understanding with others. But unlike most spiritual traditions, Zen masters have always been extremely aware of the limitations within their own, or any other, tradition - as if to say: "Zen isn't in the robes, bowls, rituals or even sacred scriptures. Don't look for it here. And yet, if you look carefully, all this somehow points to it."

The life of Zen was unique because it was more about the tea than the usual "sacred" stuff going on at other monasteries. And by "tea" I mean farming and processing, working and sweating, as well as the more poignant preparation of the steaming bowl that was passed around Tang Dynasty monasteries every evening. The real pith of Zen was only real when it was in your marrow, and it only circulated that bone-deeply after years of muscle memory - thousands of buckets of water and stacks of chopped wood. And isn't the Way of Tea the same? There's no reading about how to make a cup of tea that shines with both the deepest wisdom and most ordinary thirst-quenching satisfaction. There is no way to say - not with all the ten-thousand words - what precisely it is that tea conveys beyond its flavor and physiological relationship with the body. It takes years of coal and water - kettle after kettle - until the ceremony sinks in and merges with life itself. And yet, it is right here in this beginner's kettle, too. It was there all along.

When the ancients said Tea and Zen were the same flavor, they didn't mean tea as a kind of Buddhist ritual. They were talking about that wordless hush before the Buddha raised the lotus on Vulture Peak; they were talking about Bodhidharma's marrow, given to Hui Ke for the perspicacity of his silent bow, and about Hui Neng's sieve. They were saying that the essence of Zen is more easily communicated through art and life than it is in words, though it can indeed be catalyzed by language. You could say that Zen has always been based on the intention of the Buddha and all the masters that followed to cast the light of that one primal illumination: our true self is not this egoic I-subject, and there is no-thing apart from Mind. All the meditation techniques, the moral precepts, the slaps and whacks, the nonsensical gibberish and all the pots and pots of tea have steeped in this truth, since before anyone ever said the word "Chan."

And so, if tea is Zen and Zen is tea, then this can't be a magazine about "Zen Buddhism." We can't just discuss the historical relationship between tea and that tradition. There's nothing wrong with taking an interest in the history of the Zen tradition, or in tea lore for that matter, but if you get too caught up in collecting information you can flounder.

The "Zen" that is in tea has nothing to do with learning about the dates different teas were grown on which mountain and by which lineage of monks, however intriguing that information might be to the intellect. Neither is it a memorization of old scriptures or biographical sketches of masters.

The Zen of tea is a direct, existential change that is changeless, as it leaves no trace. Try to catch Zen and - like a boy playing with the wind - you'll find yourself staring down in wonder at an empty palm. And this Zen has been around forever, eons before the Buddha held up that flower, just like tea has been here since long before anyone plucked and steeped its leaves. There were giant tea trees looming over antediluvian forests with graceful Buddha-eyes long before the first human voice shattered the tilthen incomprehensible sutras being chanted by wind-rustled leaves and yellow warblers.