We are blessed that Norwood once again put brush to paper for Global Tea Hut. There is no one more qualified to talk about red tea's emigration to the West. He literally wrote the book on it! Like all great authors, his reflections ask as many questions as they answer. Understanding the history of Tea's movement around the world helps us gain some perspective and context for the best English tea magazine (Global Tea Hut, of course), and what it has taken to get to the point in time that people around the world can read this issue!

Where does tea come from? All that can be said, finally, is that it comes from somewhere else and it takes us somewhere else. And that's about all Europeans were able to say once they were finally introduced to this miracle leaf about four hundred years ago, when Asians had already known tea for thousands of years.

And where might specific kinds of tea come from? The mists of antiquity swirl around the question. Can we really attribute controlled oxidation of the leaf to Zen's venerable Da Feng, abbot of Lao Zhu Ling temple near Huangshan in Anhui? I have been told his disciples in the late 1500s took the idea to Wuyi Mountain and gave birth to oolong, of which hong cha or what Westerners mistakenly call "black tea," is the dead-end outcome of leaf that's fully oxidized. Is this to be believed? What we can say with certainty is that Europe's latecomers to tea-drinking readily recognized different kinds of tea as well as different levels of quality within each kind.

Thomas Twining opened for business in London in 1706 with eighteen different descriptions of tea, three of which were "Congou," almost certainly red tea (hong cha). "Congou1 with Pekoe2" was his most expensive offering, followed by "Congou with Bohea.3"

Flash forward sixty-four years to other business records: Of the 340 chests of tea dumped overboard in Boston in 1773, 240 were Bohea, 15 Congou and 15 Souchong4, all of which were designated "black" tea. The terms "Congou," "Bohea" and "Souchong" are worthy of a separate dissertation on each, but they are definitely not interchangeable equivalents for "black tea," as the Chinese understood "hong cha" and as the West clearly did not. But a Western preference for oxidized leaf was probably inevitable since its "keeping quality" surpassed that of green tea, none of which could retain springtime freshness after a six to nine month voyage in an East Indiaman "tea wagon."

Hong cha, destined to become popular in "barbarian lands," has never been much appreciated in China proper, where perhaps eighty percent of total consumption remains lü cha, green tea. Hong cha manufacture expanded under the Ming in their ever-growing government plantations, which produced hei cha (true black tea, often called "dark tea" in the West) and hong cha ("red tea") for export to Tibet and beyond the Wall. The principal consumers of these teas seem to have been the nomads who subsisted entirely on the milk and meat of their herds - black/red tea takes to milk without complaint. Many of these black/red tea customers were "Manchu" (people from Manchuria), who managed to occupy Beijing in 1644 and establish a new emperor and new dynasty, the Qing. The Manchu elite misunderstood the Han people so completely that they had a proverbial saying, "They would steal the milk out of the tea if they could," little guessing Chinese have an abhorrence of milk and would never dream of adding it to their (usually green) tea. An English eyewitness in 1793 reported that the Qing Emperor Qianlong "drank a tea mixture that would little please the Chinese, since the emperor's tea was infused with as much milk as water." Hong cha with milk might properly be called tea Manchu-style.

Up until the "Opium Wars" of 1839-1857, Guangzhou or "Canton" was the sole outlet for China tea and "barbarian" European traders were not allowed beyond its waterfront, where tea had to be brought from long distances, often on the backs of coolies. In 1811, the Qing emperor decreed it could be barged down the Min River to Fuzhou, a port much nearer Fujian's black and oolong districts, and shipped coastwise to Canton, saving more than a month's time and threefourths of the cost of transport. Black tea consumption boomed in Britain, but soon this trade was, for reasons of state, eliminated by imperial edict. Eventually the long-incubated Opium Wars "opened" China, allowing Europeans to penetrate the interior at will and purchase teas

at their origins. Ichang Hong Cha was prized as the strongest in the cup; like Hankow Hong Cha, it was bought on the spot and floated down the Yangtze to Shanghai for shipment. I recall from the '60s a brand still called "Hankow Batchelor Tea," a tribute to the solitary pleasures of a discriminating teaman alone and far from London. China's tea exports soared from about 30 million pounds in 1830 to about 300 million in the peak year of 1886. Hong cha was the principal export, but British colonial tea would prove its nemesis.

Production of various teas was a traditional cottage industry in China, involving over 200,000 households in Fujian alone. Colonial tea, based on the plantation model and mechanized factories, was all red tea from the start. All the tea in China had always been organic, as we now might say, and was artisanal, mostly handmade, whereas in India, plantations often comprised hundreds of acres and even the earliest rolling machines did the work of eighty men in a day. For several decades, British merchants were obliged to blend the cheaper colonial tea from India, and later Ceylon, with Chinese hong cha to win market acceptance, but the end was inevitable.

The British established the Indian tea trade as an 'in-house' operation,  to avoid bowing to  China's terms on tea  trade. There was an early need for blending with the then-superior Chinese tea. Eventually, as they developed the ability to grow and produce their own tea, the "Buy Empire" campaign began. This promoted tea consumption that they controlled from leaf to cup and eliminated the need for trade with China at all.

In the British Empire between the years 1890 and 1915, only gold mines paid greater dividends than tea plantations. Their "Buy Empire" campaign encouraged slanderous and deceptive negative propaganda regarding tea from China. One 27/ Hong Cha Goes West

advertisement was headlined "Black Death in China - 7,000 victims - Danger of Plague Carried in the Cheap China Tea Now Used in So Many Blends." China lost its major market, for more tea was drunk in Great Britain than in all of Europe and the United States combined. All told, it was the tea trade's rise and collapse that proved the ruin of China and Chinatowns the world over, testifying to the resulting diaspora of the "sons of the Yellow Emperor."

The sufferings of the homeland of tea had not ended in 1958, and on Wednesday, October 22nd of that year, the cantankerous London teaman Edward Bramah offered Chinese red tea for sale once again, after long absence, at the London Auction, exactly 300 years to the day since its first appearance. London's venerable tea auctions lasted only two decades thereafter, but hong cha's recovery in the West continues still. Yunnans and Assams seem like cousins (are they not?), and Keemun sometimes struts like Darjeeling. Perhaps one day, we'll see hong cha called "red tea" and made with the quality it once had, for the modern tea lover to once again raise a cup to the birthplace of tea. 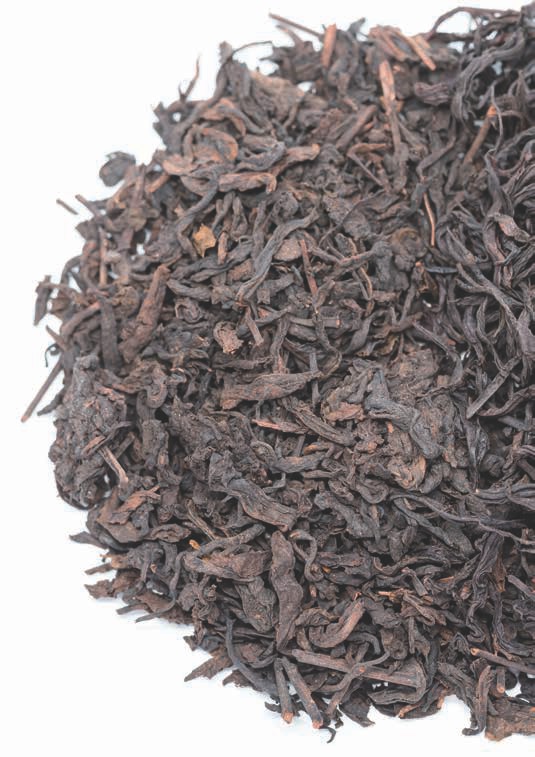 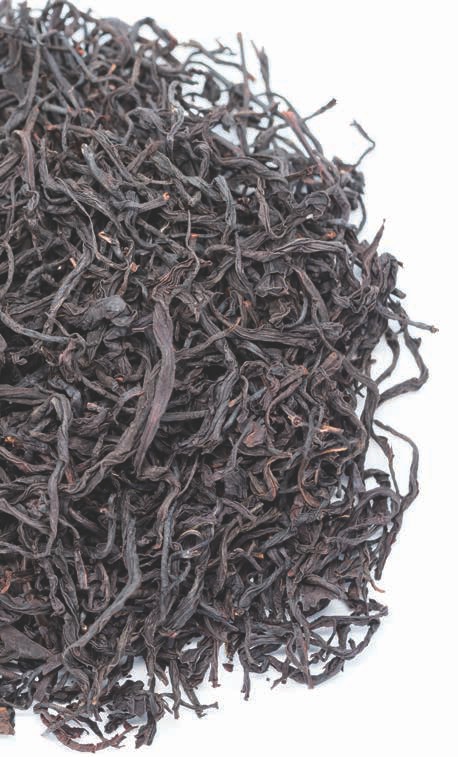 What most Westerners call "black tea" is actually "red tea." Ordinarily, it doesn't matter what something is called, but in this case, there is another kind of Chinese tea that is called "black tea." So if you call red tea "black tea," then what do you call black tea?

The reasons for this mistake are manifold, having to do with the long distances the tea traveled in chests to Europe, and, even more importantly, with a general lack of information for the first few hundred years tea was traded. Another layer to the confusion comes from the fact that the Chinese have always categorized tea based on the liquor, and Westerners used the leaf itself. The difference between black and red teas are much more obvious in the liquor than in the leaf, though the leaf is also slightly red to our eyes. Europeans weren't allowed inland in those days, and never saw the tea trees or the processing (except some roasting). Buying through middlemen in broken pidgin, you can see how easy it would be to spread misinformation. We repeat this every time we send a red tea, because it is an important mistake that we tea lovers have to correct in the world, so that the real black tea can have its name back!

The basic difference between red and black tea is that red tea is heavily oxidized through prolonged withering and rolling during production and black tea is artificially fermented post-production. This usually happens through piling, which is akin to composting. Local bacteria are important in the post-production artificial fermentation of black tea, which means that it is a very regional kind of tea - its terroir includes the micro-environment, along with the trees, soil, weather, etc. Red tea, on the other hand, is the only genre of tea that is truly a production methodology, which can therefore be applied to any leaf.