The Making of Elevation

The Making of Elevation 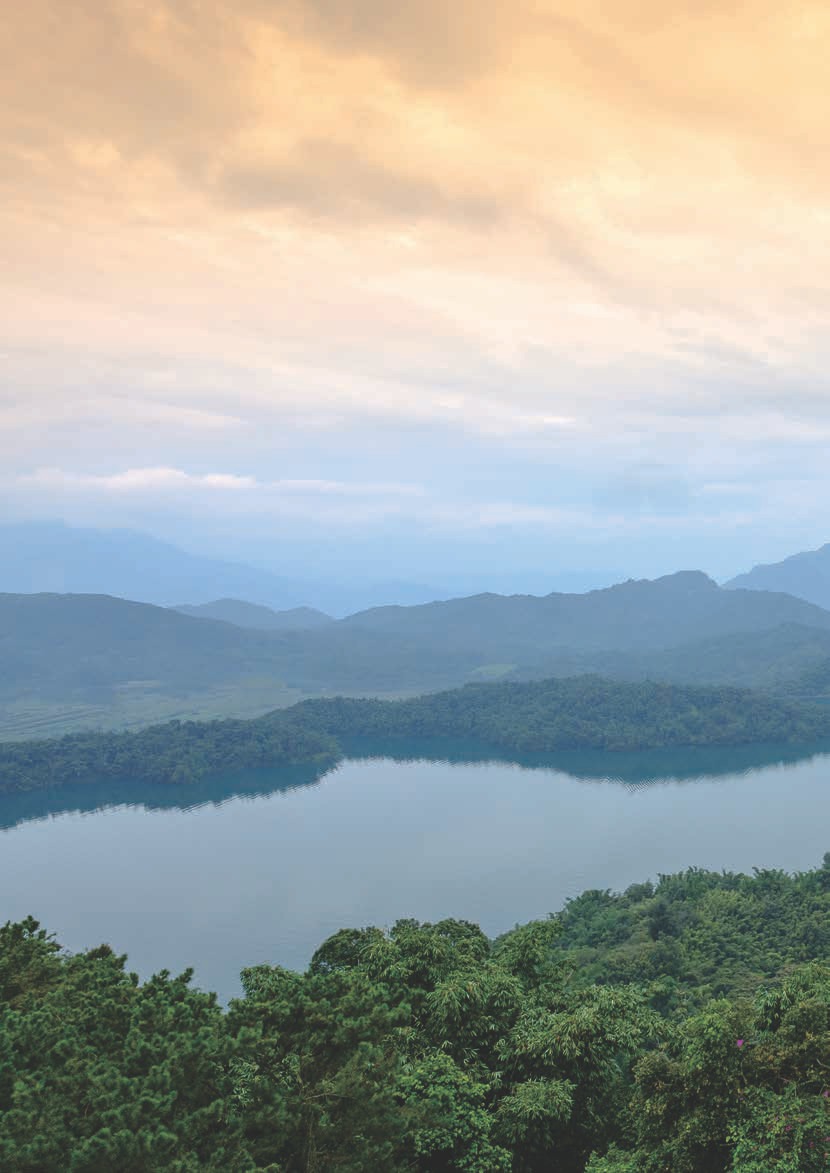 As we've explained in previous issues, different tea types are processed differently. While processing is not the sole differentiating factor (indeed, varietal, terroir, harvest season and many other factors are all just as relevant), processing often makes the most profound difference in how a given leaf 's liquor will look, taste and feel by the time it reaches your teapot or bowl. Oftentimes, Western authors mislead us by saying that all tea is the same plant and only differs in processing. Actually, of the seven genres of tea, this is really only true of red tea, which happens to be the most consumed tea in the West - and that helps explain some of the confusion. The other six genres of tea are distinguished as much by varietal as they are by processing methodology. But you can process any tea as a red tea, and usually with nice results.

Red tea is often described as "fully oxidized," but this is actually impossible. It is, however, the most heavily oxidized tea there is. Most red tea is processed in 3-4 phases: First it is picked and then it is withered, traditionally on bamboo trays stacked on shelves built to hold them. The withering of red tea is very long, usually from twelve to twenty-four hours. It is then rolled for an exceptionally long time, to continue the oxidation and break down the cells, turning into a pasty mass in the process. After that, red tea goes through another piling/oxidation phase. Then it is dried, usually in an oven (dian hong, red tea from Yunnan, is ideally sun-dried like puerh).

Our Tea of the Month is processed a bit differently from most red teas. The farmers think we are crazy, but we ask Mr. Shu to decrease the withering and the rolling periods, leaving some green in the leaves, which you will see when you brew them. (Essentially, we've asked that the tea be less oxidized than what is produced commercially). The reason for the heavy oxidation in normal red tea processing is to make the tea sweet and delicious. Nevertheless, we have found that such extreme processing removes some of the tea's Qi and distances it from the mountain and deep essence it touches. This is especially relevant when the tea leaves were plucked from old-growth, large-leaf tea trees. The leaves of such trees are often bitter and astringent, but we can accept a bit of that along with the sweetness, can't we? And isn't that a significant life lesson as well? In the end, we'd rather have a slightly less delicious tea with incredible and relaxing Qi than the other way around.

The tea this year, like last year's, was a bit more oxidized than usual, due to a lack of rainfall. Mr. Shu still decreased the withering and rolling for us, but not as much as in previous years. The raw tea leaves themselves were also more astringent, so a bit more oxidation was necessary. Let's take a detailed photographic journey through the making of Elevation to understand the origin of one of our favorite teas. 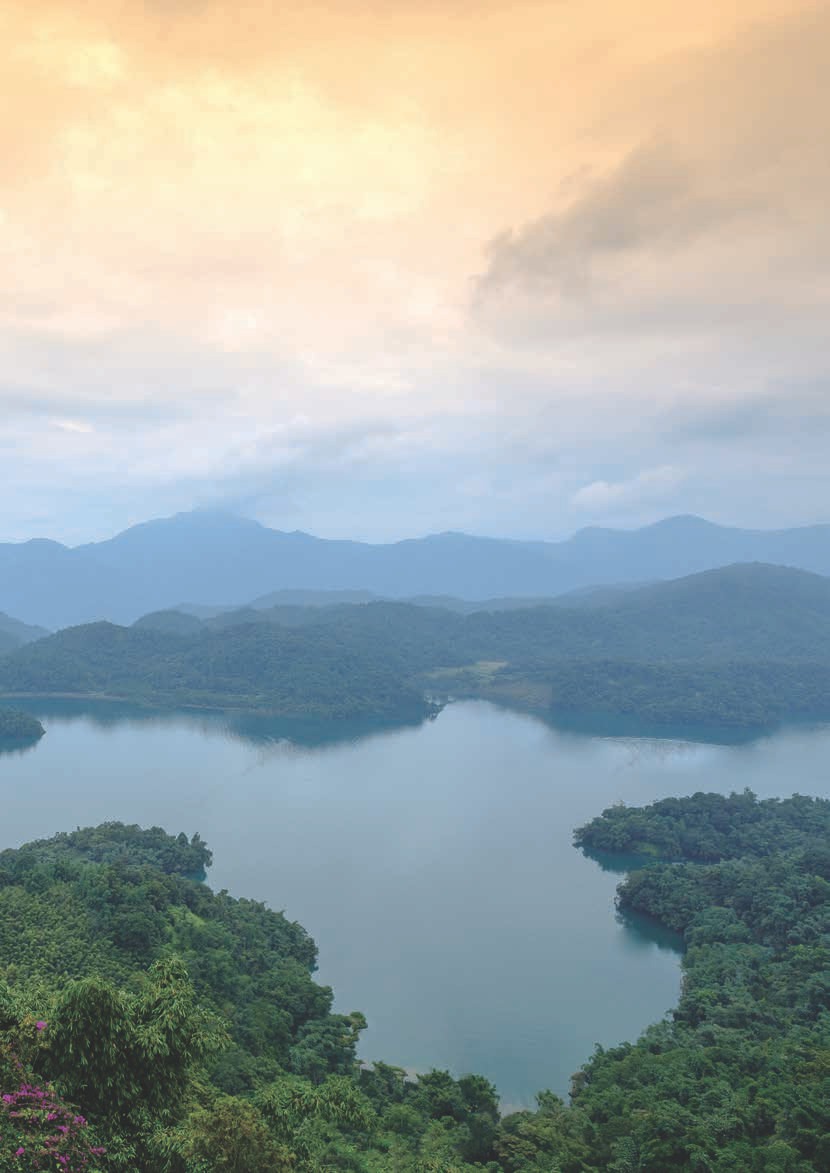 In tea production, each step is more important than the next to the overall quality of the tea, as it determines what follows. And that means that Nature will always be the most important element in crafting fine tea. The terroir of a place: its soil, climate, rainfall, minerals, microbial activity, and so much more. This will determine what varietal of tree will thrive there. And the weather will determine the harvest time and amount.

The terroir of the hills around Sun Moon Lake is perfect for large-leaf red tea, with lush, humid hills that aren't too high in elevation, stay consistent in temperature most of the year and have rich red soil like the jungles of Yunnan where this tea comes from. The large-leaf trees were planted here about a hundred years ago and then left abandoned until the red tea industry was rekindled in the '80s and '90s. 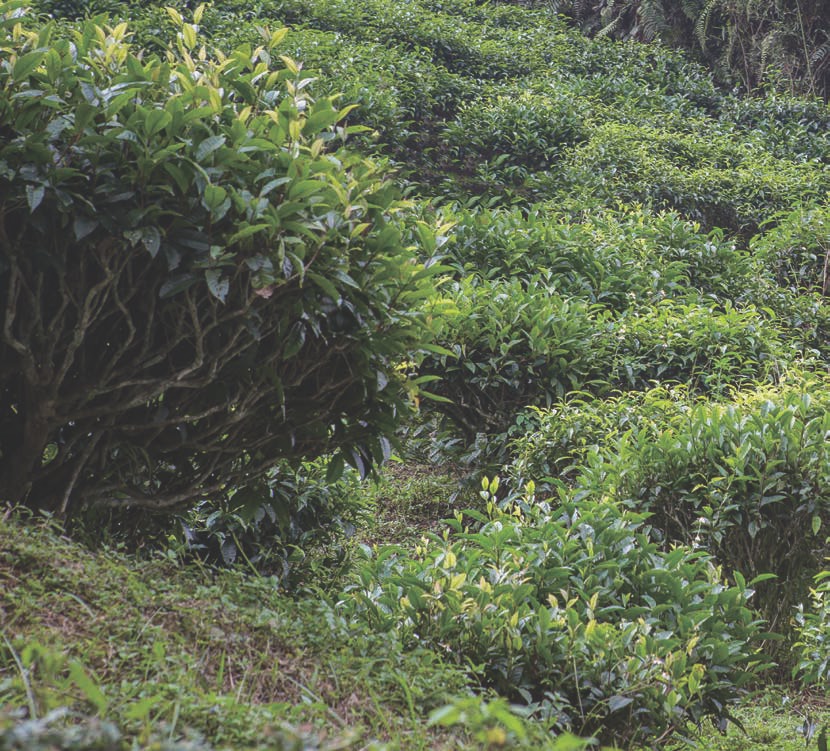 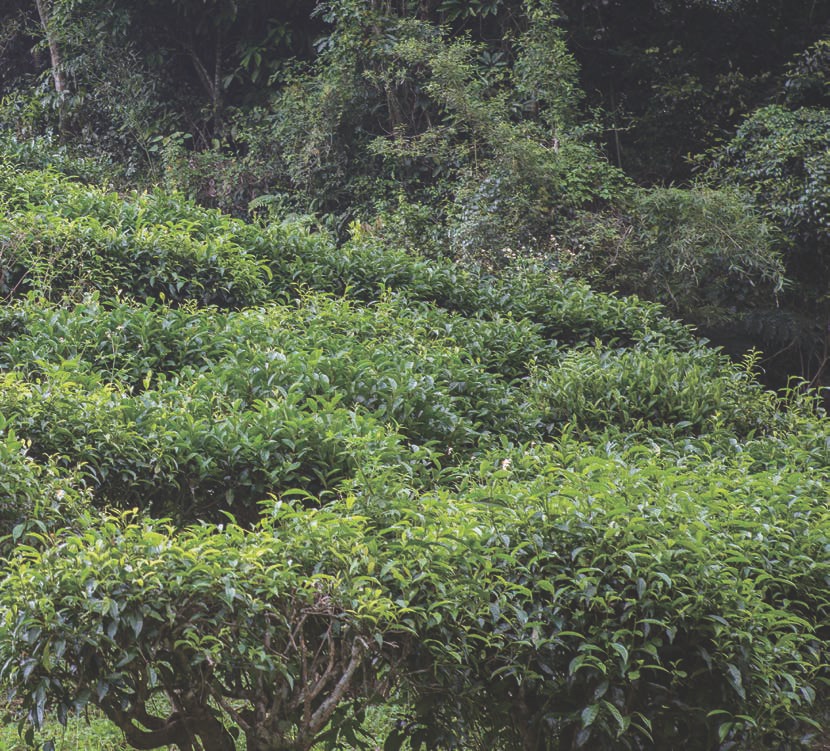 Mr. Shu's farm is one our favorite gardens in the world. The trees are loved, and cared for daily. There is a vibrancy and poetry walking amongst them. Tea lovers take pause here and breathe more deeply, perhaps nibbling a small bud with their eyes closed or running their hands softly across the tops of the trees to feel the new life thrumming up. These expressions happen naturally here, and that isn't the case with every tea garden. Mr. Shu bought the land on one side to take out the betel nut, which is harmful to tea, and to prevent his neighbors from affecting his trees. He is currently trying to work out an agreement with the farmer on the other side as well.

Most of the plucking of Elevation happens in the late summer, July and August. However, with changes in the climate, picking can come any time these days. Usually, Mr. Shu gets two or three harvests a year. Elevation is picked entirely by hand, and Mr. Shu can rarely afford help the way that larger commercial farms can, which means he and his wife stay very busy during harvest time. The tea is picked in traditional bud-and-two-leaf sets. If you've ever tried your hand at picking tea, you will know that it is one of the reasons that tea can be among the most labor-intensive agriculture. 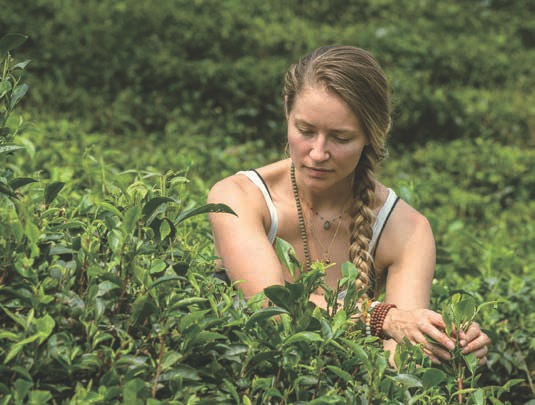 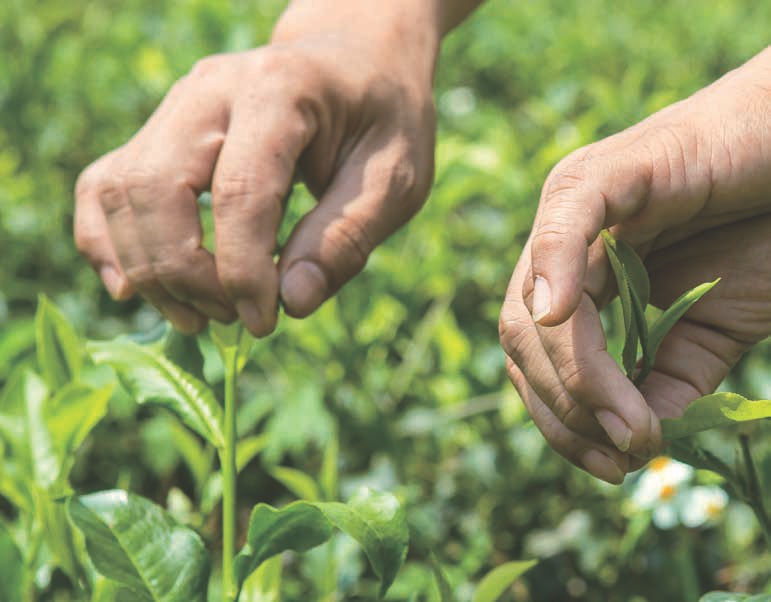 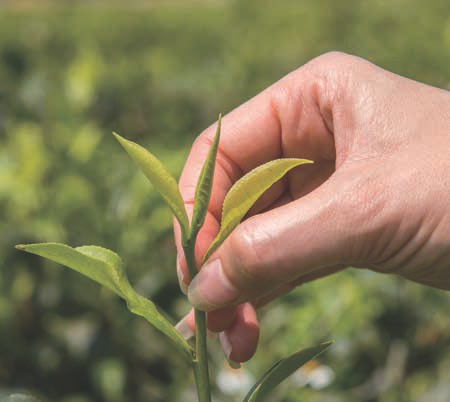 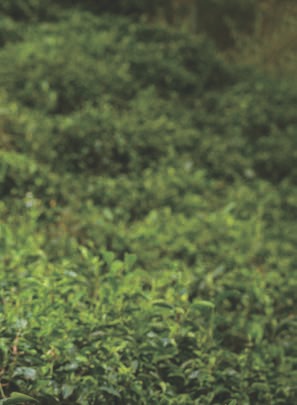 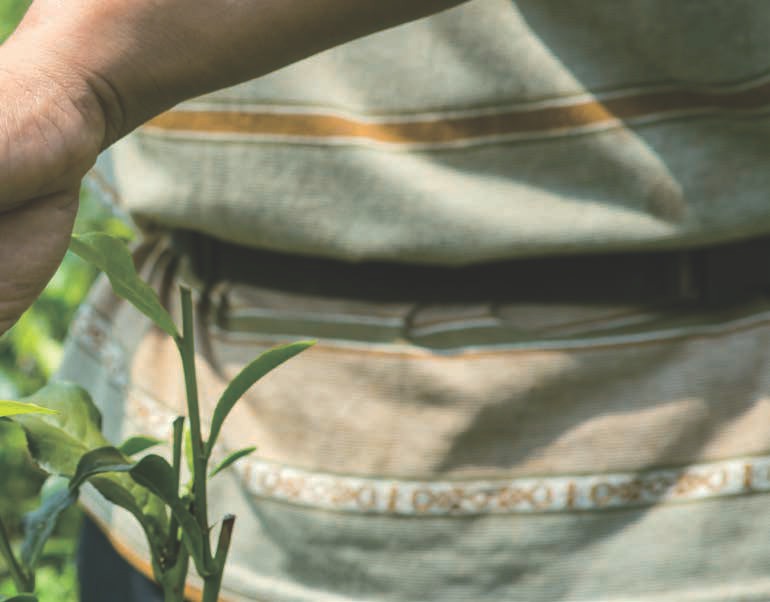 The withering of red tea is done for a long time. Withering reduces the moisture content of the tea and begins oxidation. It is like when an apple or a banana turns brown from sitting on the counter - cells are breaking down due to exposure to oxygen. When tea leaves are first plucked, they are brittle and stiff, because they are full of water. As they wither, they become soft, limp and pliable for processing. In red tea, we want to oxidize the tea as much as possible, so the withering is much deeper than for other genres of tea.

Traditionally, red tea was withered like other teas on round bamboo trays stacked on shelves. These days, Elevation and other red teas in Sun Moon Lake (and some parts of China) are withered in long troughs with ventilation beneath. Warm air is blown from under the trough, which allows the farmers to control the temperature, humidity and airflow during the withering stage. Elevation was withered in this way for around twelve hours, which is shorter than usual, as we want the tea to keep its green Qi. 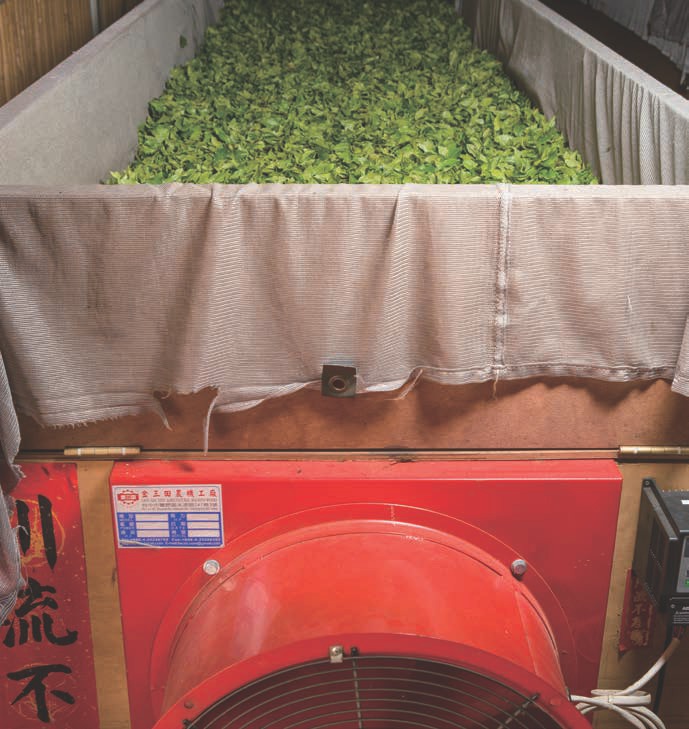 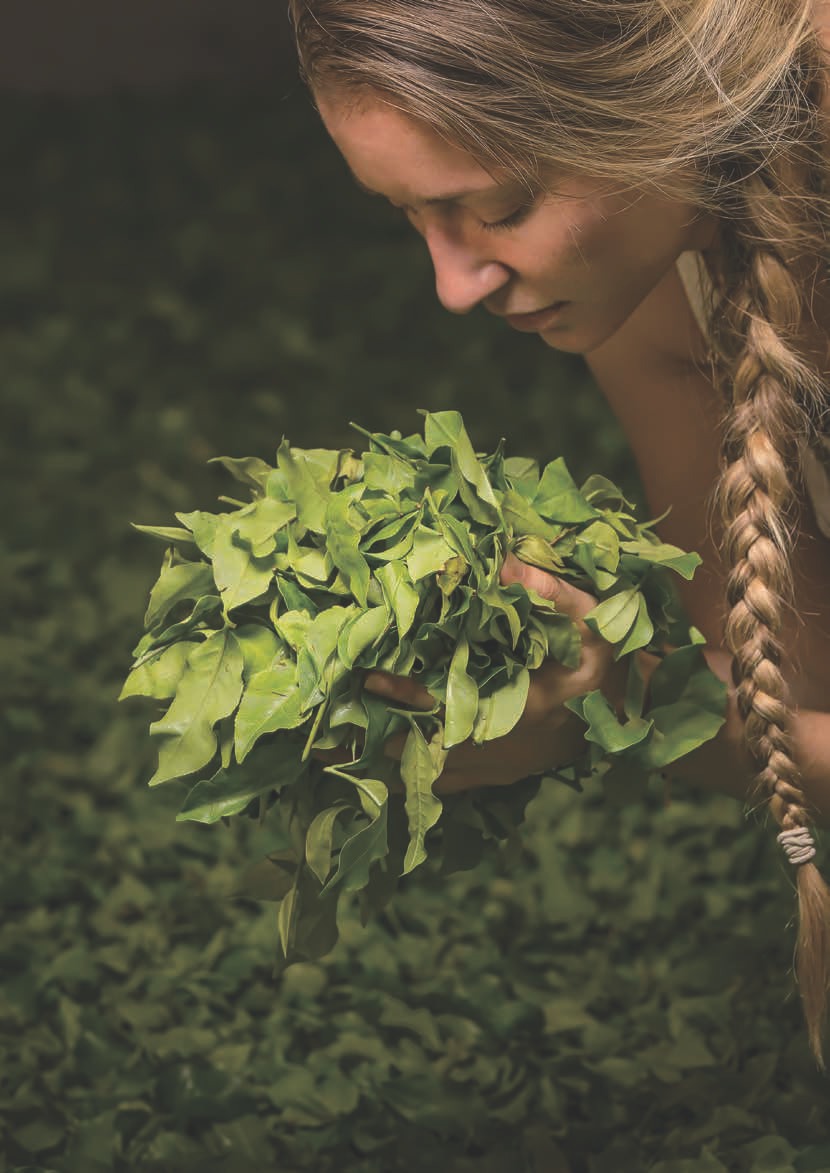 The room where the withering is happening smells amazing! It is a rich and broad smell, hinting of camphor, mint and sweet fruit. Once you've smelled withering tea, you won't ever forget this smell.

Red tea is often called "fully oxidized," but that isn't really possible. It is, however, the most oxidized of all tea. This means that most stages of its processing last much longer than for other kinds of tea. The rolling is no exception - red tea is rolled from half an hour to ninety minutes. The rolling breaks down the cells of the tea, furthers oxidation and also shapes the leaves.

Traditionally, all tea was, of course, rolled by hand. In the case of striped, large-leaf red tea like Elevation, this meant rolling the tea across a bamboo tray so that the ridges would knead the tea. It would be hard for Mr. Shu to hand-process all his tea, and would most likely mean he could not harvest all his tea on time. Like most farmers, he uses a large rolling machine to roll the leaves. The machine takes longer than hand-rolling, as the batches are bigger. Most batches go through two hours of rolling. We stop our Elevation between an hour and ninety minutes because we want to reduce the oxidation slightly.

After rolling, the tea is piled on round bamboo trays and piled for two or three hours to let it oxidize more. This is the final oxidation in which the tea's aroma will be sealed into the leaves. The leaves are all pasty from the rolling, and the juices glisten on them. 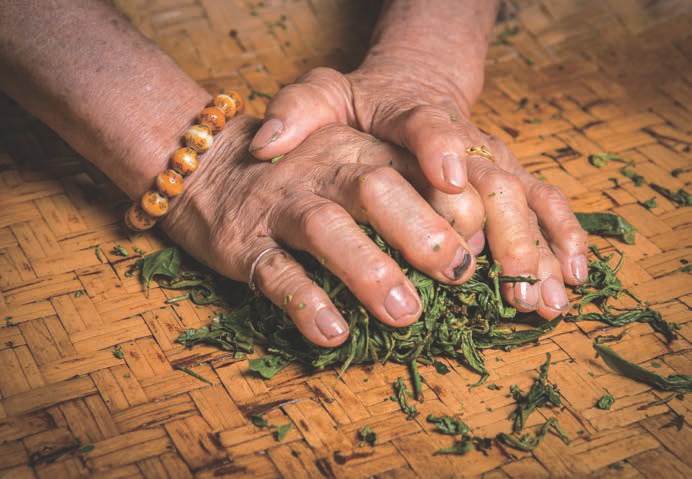 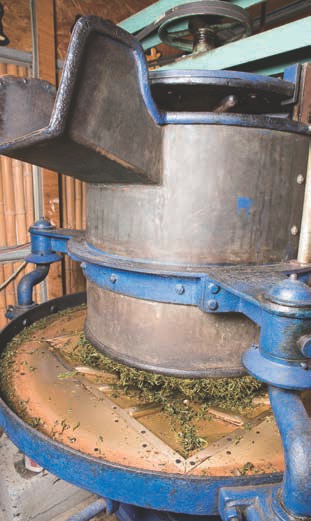 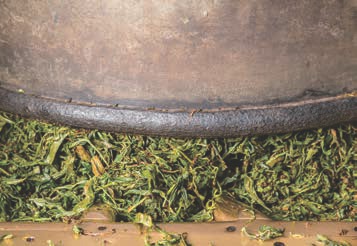 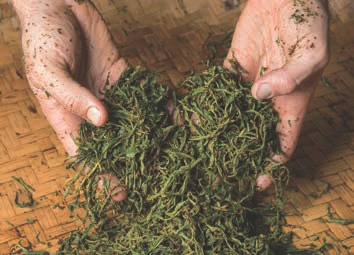 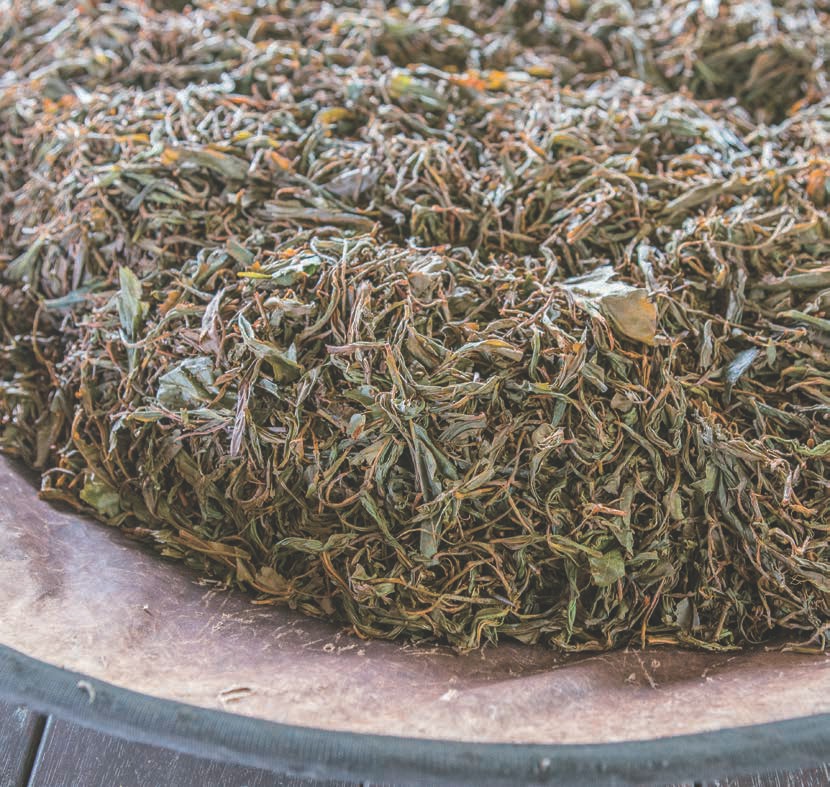 Long ago, red tea had to be dried in ovens or sun-dried like dian hong (red tea from Yunnan). These days, ovens are used. The tea is fed into the oven, which separates the leaves with a rotating rake, flattening them out as they travel down a conveyor belt through the warm air that dries them at around 70 degrees Celsius. They then come out another, smaller conveyor where they are sorted, inspected and then caught on a bamboo tray. The tea will go through the oven two or three times until it is sufficiently dry. More passes at lower temperatures preserves the essence of the tea. You can roast red tea dry with heavier heat, but in the case of our greener Elevation, this would damage the tea and leave an unwanted roasty flavor. 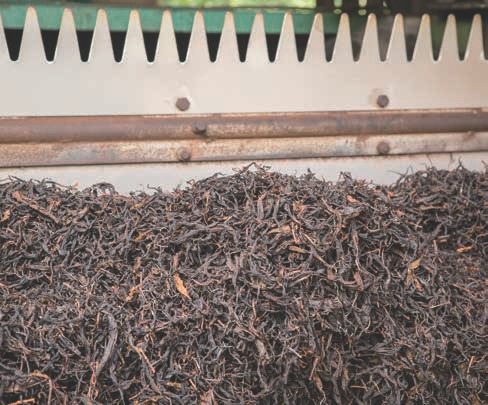 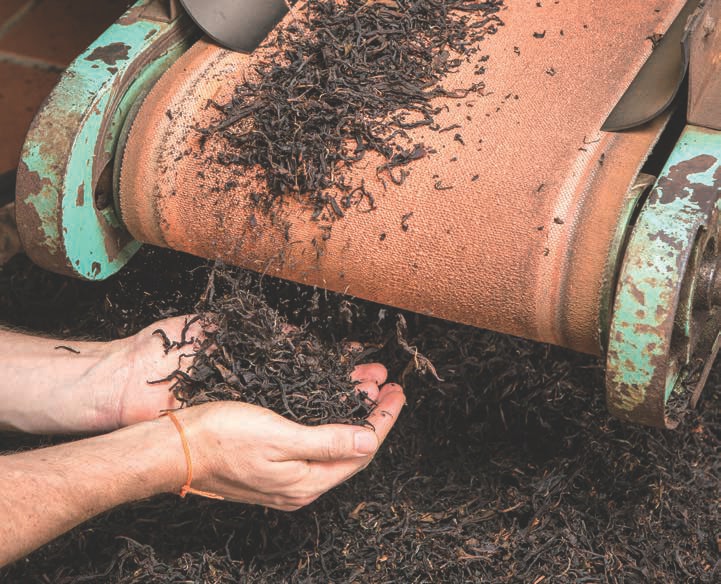 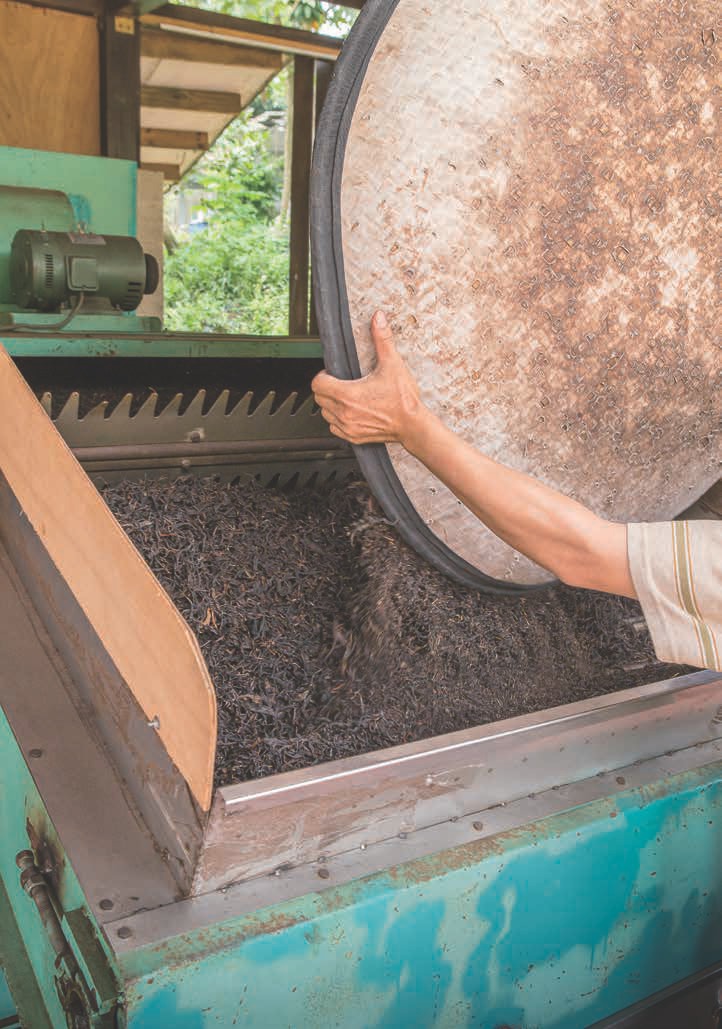