An Introduction to Cha Qi

An Introduction to Cha Qi

For thousands of years mystics have drunk tea for its Qi, understanding this aspect of the Leaf as essential to a tea journey. A greater appreciation for Cha Qi enhances a life of tea. Without a sensitivity to the energy in our tea, we miss out on many of its subtler qualities, beyond the flavor and mouthfeel that are more readily available to us when we drink tea. Qi cultivation is an essential aspect of all the Daoist arts, in fact, and an important part of the fabric of Chinese cosmology, Nature, health and lifeway. However, there are so many aspects of Qi that are only available in the drinking, and there's no substitute for such experience. Still, an exploration of Cha Qi might help us look deeper within our bowls; and more importantly inspire us to set the kettle on the coals once more...

Qi literally means "energy" and can therefore be understood as the subtle vibration of all matter in the universe, as well as the more macro movements of water and air, mountains and animals. A much greater understanding of Qi, however, will come through feeling it rather than comprehending the broad philosophical strokes. Many meditations and physical exercises like Taichi or Qi Gong allow one to experience the "flow" of Qi directly, as do healing arts like acupuncture and tea drinking. After having an experience of the energy flowing through you, you can expand your sensitivity and begin to understand the energy within so-called "objects" - unlocking a deep understanding of why the objective view is objectionable - and begin to relate to the world differently. 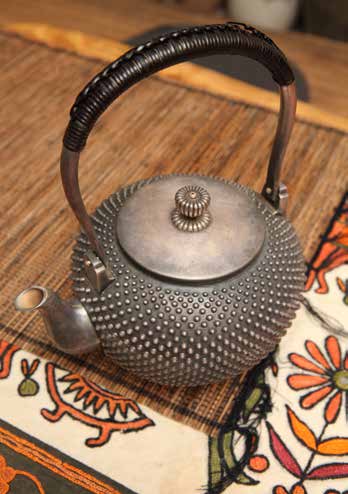 When drinking tea, it is difficult to even discuss "Cha Qi" because an experience of it is only possible after we've drunk the tea. This is problematic because the tea is now in me, and cannot therefore be separated from my "self." Is it the tea's Qi I am experiencing or is it mine? Perhaps the tea just caused my own Qi to move, making it more apparent or maybe the tea itself was more than a mere catalyst - itself a burst of new and inspiring energy in me?

The answer to these and other important questions are in the drinking. What we can explore together in this article, though, is a clarification of what the experience of "Cha Qi" is and some of the different kinds of Qi that different teas offer. We have found in our courses that is often helpful to move beyond the gross experiences that many people confuse for Qi in order to search for and experience the Qi itself. When some people, even seasoned tea drinkers, exclaim that a tea has a lot of Qi, they are sometimes misunderstanding the word. For example, you might here someone say, "This tea has a lot of Qi! I was hyper and felt like running. I couldn't sleep!" This sounds more like the experience of caffeine than Qi. You might experience an energy boost, some heat in your chest, or any other gross effect. This might be better understood as the effects of Qi moving, rather than the movement of the Qi itself. Of course, even these gross sensations are ultimately composed of energy, and therefore Qi, but distinguishing between the gross and subtle sensations tea inspires can help you further explore your teas.

If you've ever practiced a form of insight meditation, like Vipassana, you have experience dissecting sensations in your body from the gross to the subtle. For example, when we experience a pain, it only seems on the surface to be exclusively pain. If we calm down and observe the affected area with some equanimity, we find there is also heat, throbbing, itching and other sensations within the "painful" area. Deeper still, there is a flow of Qi. At first, this subtle flow of energy may feel like a tingling or numbness, but it is only akin to such sensations. When we drink fine tea, there is also such a flow within us, whether it is the tea or our energy moved by the tea's impetus.

You might try to feel the Qi in your hands after drinking a fine tea. They are usually the most sensitive part of the body and easiest to feel. You might feel a subtle flow of tingling, prickly sensations or a rush of heat at first. If the latter, try focusing within it and finding any other sensations within the heat, as we discussed above.

There are many ways of categorizing the Qi of different teas. Since ancient times, teawayfarers have separated Cha Qi into Yin and Yang to start with. Yin Qi is gentle. The older the tea tree the more Yin the tea will be. Similarly, the longer the leaves are on the plant the more Yin the Qi will be. Younger trees, and/or teas composed of more (or exclusively) buds are more Yang. Yin Qi is softer and more billowy. You might say that the wavelength of the vibration is so tight as to make it a continuous hum. Yang tea thrums more, often even pulsing. It is stronger on the surface, but weaker at a depth. The Yin teas are the opposite, weaker on the surface but grow stronger in depth each steeping, like most aged Puerhs. 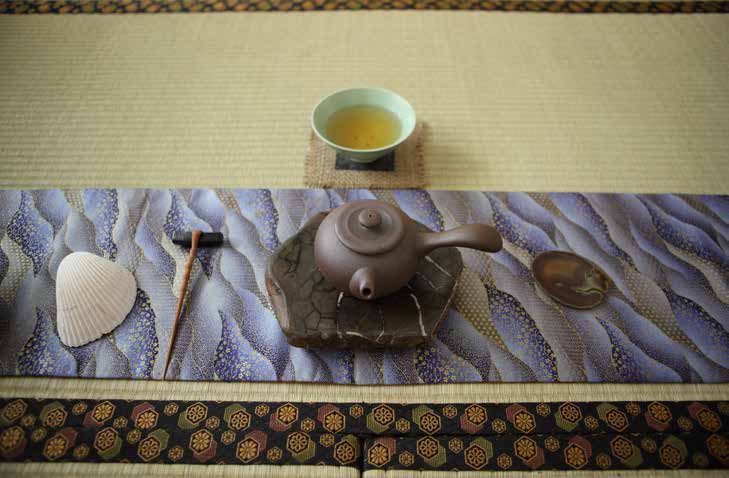 Another way to think about the different kinds of Cha Qi is as energetic, uplifting or grounding. There are teas that center you, heighten awareness and bring Earth to the forefront. Such grounding teas are good for meditation, helping us to find our stillness. Puerh, Black and Red teas are often like this. Other teas, however, are uplifting, and we leave these mortal coils to go roam above the clouds for a while. A fine Oolong tea can be like soaring on the "black dragon" it's named after. Finally, there are teas that fill you with energy, ready to face the day and all its vicissitudes. There are obvious exceptions within any genre of tea, though. As you drink more tea, you'll get to know which kinds of energy they have, which will help you decide which tea to drink and when.

As you move forward, you will explore the different ways Cha Qi moves through our bodies - in spirals or from front to back, for example. The Qi can spread from our core to the extremities, and if it is strong enough it can even break through any blockages we have. This may be slightly uncomfortable, but will ultimately be very healing for you. Try paying more attention to the way your energy moves when you drink these various Global Tea Hut teas each month. Many of them have been chosen in part based on their energetic qualities. This will also open up doorways into a deeper, richer and more connected life through tea...