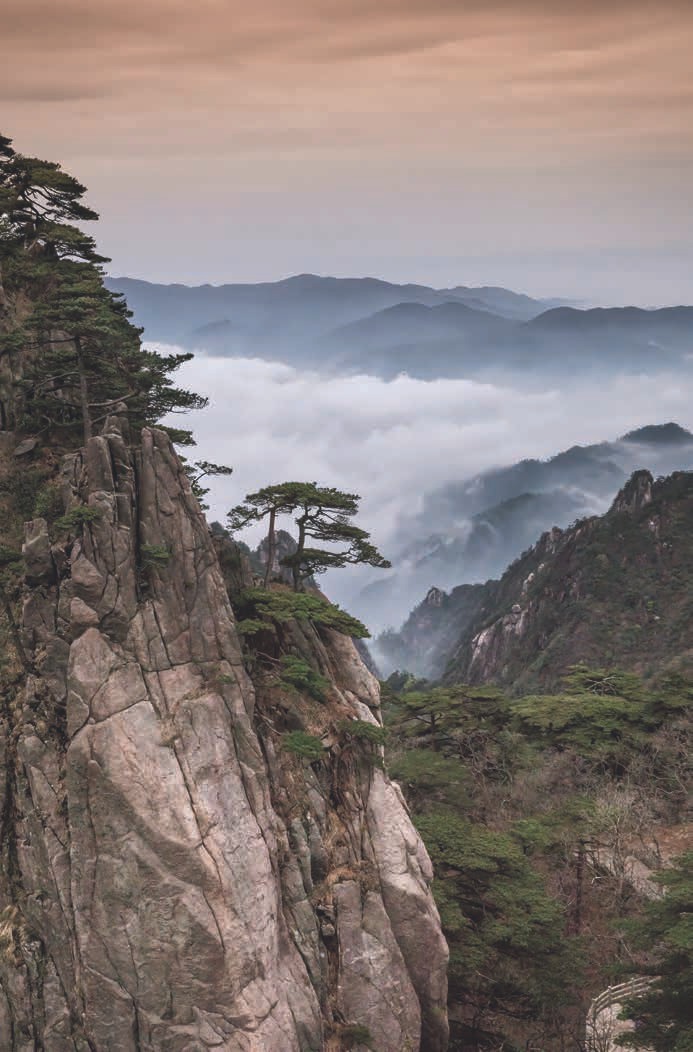 Huangshan (黄山) is a vast mountain range in southern Anhui Province. These mountains were formed one hundred million years ago in the Mesozoic Era, when the ancient sea that covered much of China vanished, exposing these underwater mountains. In later eras, Huangshan was further carved and shaped by glaciers. Huangshan is famous for the deciduous forests of mostly pine that stretch from 1,000 meters above sea level to the tree line, which is around 2,000 meters. Many of the pines (Pinus huangshanensis) are very old. Due to the low rainfall, the pines grow slower than elsewhere, and often at crooked, winding angles, which means that even small pines may be much older than they seem. Many of the older trees have poetic names such as the "Welcoming Pine (迎客松)." Over one thousand kinds of plants can be found within the park, including many species of flowering trees.

In ancient times, Huangshan was known as "Yishan." In 747, during the Tang Dynasty (618 - 907), the name was changed to "Huangshan" by imperial decree. Most scholars believe that this was to honor the mountain by connecting it to the first, legendary emperor "Huang Di (Yellow Emperor)," who is the mythical ancestor of all Han people. Some locals say that the august Huang Di left the world of mud on this mountain, ascending to immortality after cultivating himself at a local Daoist temple. After the decree which changed the name, the mountain became a well-known destination for Nature lovers, Daoist and Buddhist hermits, as well as artists, musicians and poets seeking inspiration amongst these brushstroked crags.

Huangshan is a UNESCO World Heritage Site, covering more than 150 square kilometers of pristine park. It has also been known as the "Sea of Clouds (云海)" for centuries, referring to the ocean of clouds that covers much of the park most days. This "Huangshan Sea" is one of the main attractions that have drawn so many guests to this pristine place for so long. The clouds produce strange kinds of light, special sunrises and sunsets, each of which demands many return visits to catch a glimpse of it. The most famous is the "Buddha's Light (佛光)," which occurs at sunrise as little as once a month.

The high-altitude hikes are life-changing, offering great, craggy vistas that extend to eternity. The three tallest peaks are Lotus Peak (蓮花峰), Celestial Peak (光明頂) and the City of Heaven Peak (天都峰), which are all more than 1,800 meters tall. These jutting celestials remind you that you have strayed outside the ordinary realm - the world below, where we live our ordinary lives - and into a higher, more noble world, where meditation comes easy. Despite the thousands of noisy tourists with bright clothes and megaphones, there is a deep and lasting eternity all around that drowns all the noise in older, more profound sentiments of calm.

We spent three glorious days in the park. We packed up our stuff, leaving most of our luggage down below in the city, and took the cable car up to the top of the mountain, hiking further in to our hotel, which was a quaint inn with all the original décor from the 1960s. We hiked each day to various peaks, drank tea amongst the rocks, and then had tea gatherings and discourses in a long, thin café in the front of the hotel each evening. There was a lot of poetry in these days, as we all got to know each other better, finding a group dynamic and learning to live as a traveling band of Chajin. The mountains and mists helped bring a magical charm to this, filling our days with mystery. When we did find peaceful rocks to be alone, we would pull out our trusty thermoses and sit down for some leaves in a bowl and meditations. Looking around at Chajin meditating on various rocks, facing in all the directions, was one of the highlights of our trip. It felt as if we had been there for ages, lost in the clouds. We would leave a part of ourselves behind, to forever join the mountain spirits wandering the park. 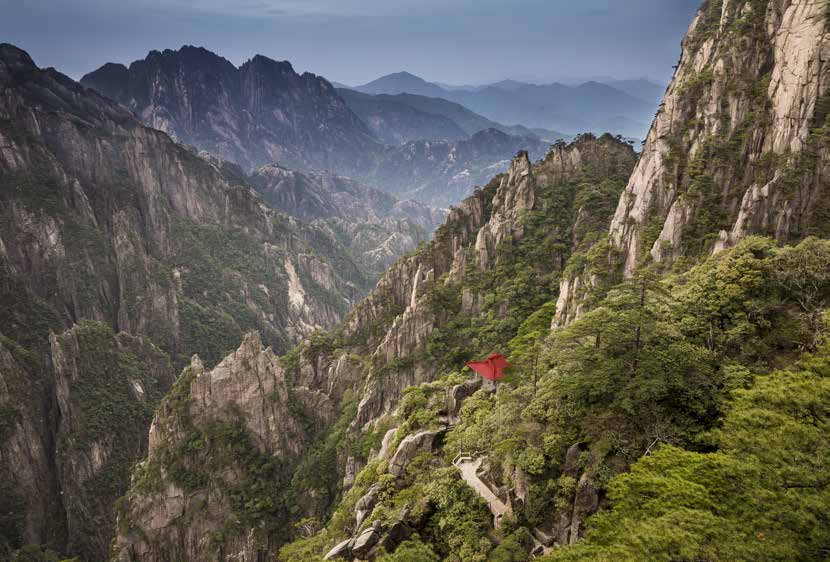 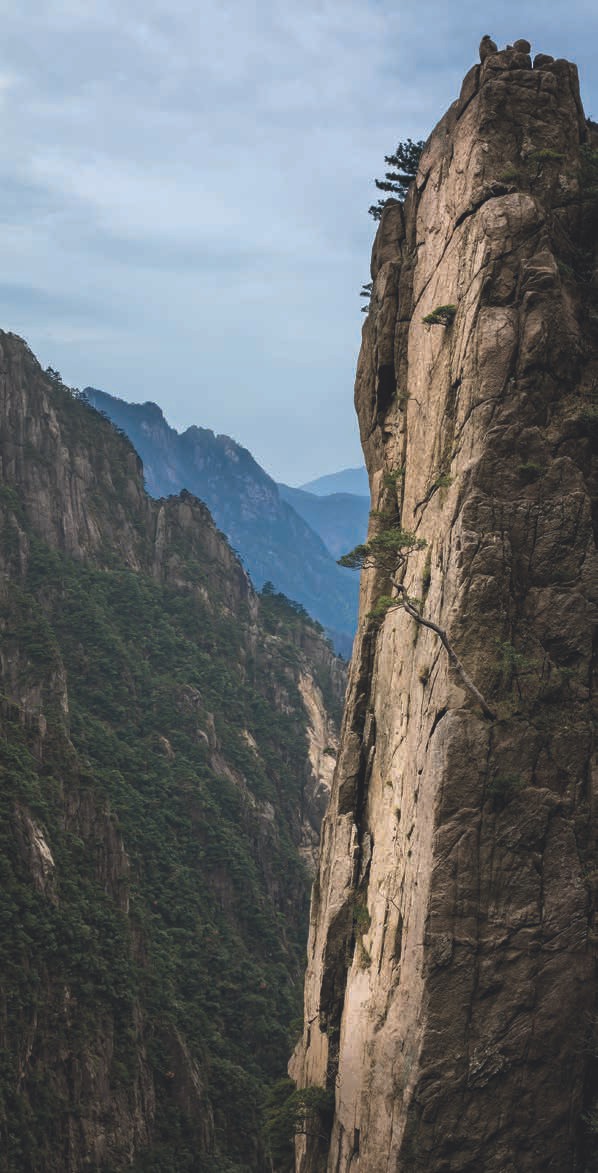