From now on, we plan to introduce one of the Global Tea Hut members to you each month in these newsletters. We hope that this helps us all get to know each other better. It's also to pay homage to the many manifestations that all this wonderful spirit and tea are becoming, as the tea is drunk and becomes human. The energy of the tea fuels some great work in this world, and we are so honored to show you some glimpses of such beautiful people and their tea. We thought we'd introduce you to the musical genius of Alec Bridges. 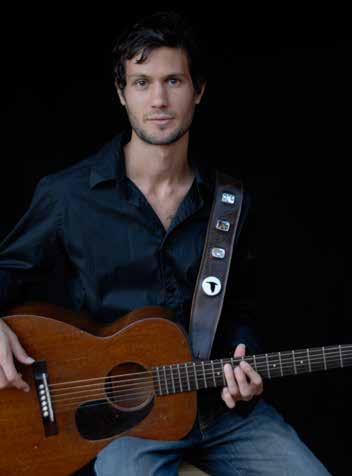 I grew up in Laguna Beach, CA. When I was 10 years old, I picked up a guitar and didn't set it down until I was 20. Even then, the rest was brief. I had a major awakening and set music to the side for a short time to get my health and spiritual life together. I discovered yoga and Vipassana meditation and dove head first into both, which eventually lead me to start teaching yoga and going to school for Ayurvedic medicine. Halfway through my schooling, I met the frontman of a South African band called "Just Jinjer", who happened to be looking for a new guitarist. He invited me to join his band and tour all over South Africa, so I packed my bags and off I went. It was a bit of a shock to go from my simple life of yoga, meditation, school, and the occasional small show in my hometown to flying to the other side of the world and playing in front of thousands of people, literally over night. That went on for about two years, but in my heart, I did not feel like I was on the right path. I had a lot of my own music left to make, and I wanted to live a more grounded lifestyle, so I amicably parted ways with the band, moved back to Laguna Beach, started recording my own music and went back to school.

Currently, I live in Los Angeles and go to school for Traditional Chinese Medicine at Yo San University. It is there that I met Colin Hudon, who introduced Tea and Wu De into my life. For that, I am forever grateful. My first experience of tea was at a workshop with Wu De at Temple Tea in Venice, CA. I never could have imagined how deeply it would touch me. It slowly and gently brought me into the wonderfully clear and meditative space that we are now all so familiar with. Prior to this, I had only ever felt that way after long hours of meditation. From the morning, until the late evening, we drank tea, starting with an unprocessed Oolong and ending with a very special tea that was stored underneath a Taoist Temple and chanted on under the light of every Full Moon. By the end of the day, I felt so clear and centered. I knew I had stumbled upon something invaluable that would be a major aspect of my path.

My aim now is to bring all of these facets of my life together in a harmonious way that touches, inspires, and brings healing to many people - be it through acupuncture, serving tea, or music. Musically, I am just beginning to scratch the surface of incorporating tea into the creative process. I will be releasing a new album - In A Stream, in the early Fall of 2012. It is full of meditative energy. I am also starting a project called Dhamma Records, which will contain music made from old students of Vipassana meditation. All of the money received by Dhamma Records will be donated to Vipassana centers across the globe.

Please feel free to stop by either of my music sites: alecbridges.com or dhammarecords.com May we continue to grow together on this wonderful path of Tea and share many bowls together. 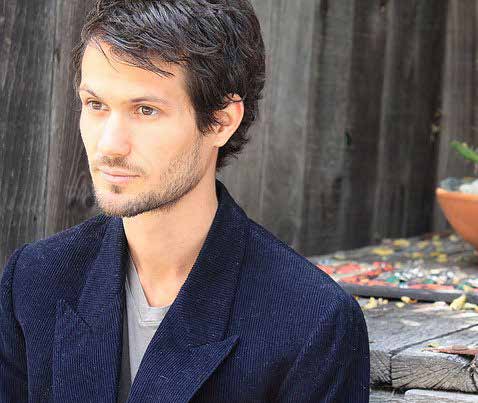