Each month, we introduce one of the Global Tea Hut members to you, in order to help you get to know more people in this growing international community. It's also to pay homage to the many manifestations that all this wonderful spirit and Tea are becoming as the Tea is drunk and becomes human. The energy of Tea fuels some great work in this world, and we are so honored to share glimpses of such beautiful people and their Tea. This month, we would like to introduce Petr Novak. 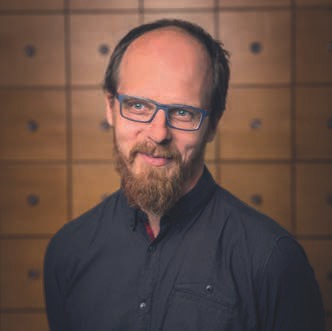 I grew up in a place where tea was drunk in some form almost everywhere: it was a casual, daily beverage to everyone I knew. But my first real touch, I remember - the first seduction of the Leaf with all the magic behind it - was during my late teens at some post-hippie/rainbow festival. It was a colorful and wild event, but I spent the whole week sitting in one tent, watching a shaman mixing/ boiling herbs (tea) and pouring them in cups and bowls for anyone who came. At least that was my romanticized idea of what happened. But no matter what really happened those many years ago, I have been hooked since.

I immediately started to look around for tea. It was during that time that tea houses were opening in Czech in every town and city, large or small, and tea was very popular. It was a great time for a teenager looking for his place in this world to discover tea. There was a tiny tea house nearby, and quite quickly, a group of people who hung around there become very close to me. We spent several evenings a week in that tearoom, each of us for different reasons: Enjoying new flavors and aromas, travelers' stories, exotic music, spiritual books and discussing our first meditation retreats. So many things have happened since those days...

Tea was never far away, and so, a couple of years later, when I fell as hard in love with clay, I was quite sure what I wanted to create: Teaware, of course! But even when you are sure what you want to do, it does not mean that you know how to go about it. To briefly summarize it: When I sat with clay for the first time, my aim was to give it a try and make a teapot. Twenty years later, I am still learning how to make that happen! In other words, I was naïve, but thanks to good teachers and a great deal of good karma, I stayed with Tea and clay for all these years. Now I think I know a little bit of what I am doing.

I like to think of myself as a rational, grounded person, but behind most of all the good things in my life, there are intuitive decisions that seem more spiritual. Is there a rational, intellectual reason why I have practiced tea for all this time? Yes, surely there is: She does me good and serves me right. But in all honesty, I feel that this rationale alone would not have sustained my interest in Her for so long. The attraction is subtler, playing with other parts of my heart and not just the intellectual side of life.

Back when I was little, there were fragrances of flowers and trees that were triggers for my imagination. Even now, when I put my nose deep in some wild flowers, it opens a particular internal landscape - emotions, images and so on. And from the start, I have had that same "thing" with Tea, more so than with any other plant. In the beginning, it was very often romantic. I remember the first sencha I drank: I became a samurai sitting on freshly cut grass. With my first shou puerh brick, I was hearing a throat-singing Tibetan monk. And those giant mountains in a flash came from Nepal with my first sip!

Later, I started to explore tea as much as possible, slowly becoming geekier than is probably healthy. I was trying to understand the history and processing of all kinds of teas I was meeting along the way. Tea is so deep, you can spend a few lifetimes trying unsuccessfully to become an expert. But when this "need to know" motion fades away, it leaves a space for more subtle growth.

When my first issue of Global Tea Hut was given to me by a dear friend, it was just a few black and white pages. A bit funny, but, hey - it was about Tea! And about Tea from a different perspective than I'd seen before: Dao and community. Is that not why I actually fell in love with Her in the first place? But who is that funny bearded American behind this? Four years later, and fifty magazines down the road, I am thankful for my intuition and for keeping my mind open, which has offered me the chance and honor to be a part of this growing, living community! I've learned so many things since, and so much has been given to me via Global Tea Hut. Tea keeps enriching my life and making me a better person.