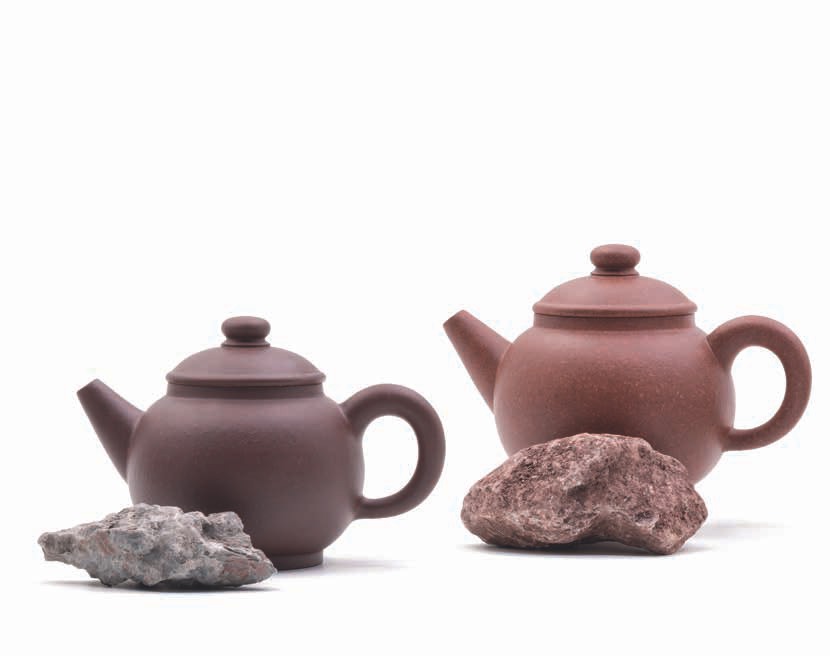 Before we get our hands into some Yixing clay, exploring Zisha throughout this issue, we must show our respect, honoring our master. So much of what you will read and learn in this special, ultra-edition of Global Tea Hut is directly due to the profound and deep knowledge and wisdom of our Yixing Master, Zhou Qi Kun (周其坤). Not only is he an extremely talented teapot maker himself, but he is also a mine of Yixing knowledge, as deep as the ones they dug in Yellow Dragon Mountain to find the precious ore. He is also kind and hospitable, and extremely generous with his knowledge. Master Zhou has always shown us patience, taking the time to show us around Yixing, to meet many of its craftsmen and to see firsthand how the ore is made into clay, to interview miners, to see the ore being processed, the firing, molds, carving, decorating, painting, rare glazing - you name it, and Master Zhou has wisdom to share, as he whisks you off with enthusiasm so you can see for yourself. With hearts full of gratitude, we lay all the merits of this project, and this entire issue, at his feet. May he make a thousand, thousand more pots, each better than the last!

Only when a teapot is created by the hands of one who brews tea with love and devotion will it inspire such love in the Chajin who takes it home. The one who brews tea every day, and not out of habit or lifestyle, but rather out of passion - such a one will make pots that other tea lovers will want to use. When you combine skill with soul, you get mastery. This is true of every art. When a song, poem or painting comes out of the heart and soul - or even better, the Stillness beyond - it encourages a movement towards that same place in the witness. When you love Tea and devote yourself to it, you will understand not only the spirit that informs Tea, but also all of the functional nuances that will make beginners and masters appreciate your craft all the more. 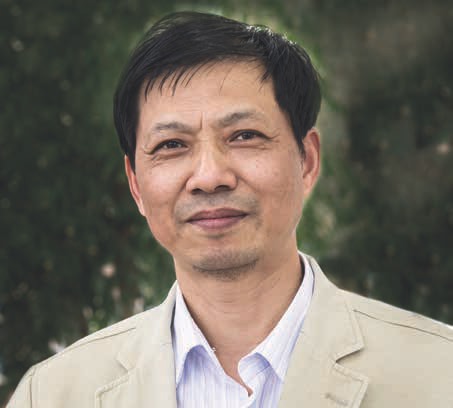 Master Zhou was born in 1963, in Zhao Zhuang Village, Yixing. He was a smart and precocious boy, who was interested in all things. Tea and teapots were a part of everyone's life here, and it's hard to find anyone in the area, even today, whose life hasn't been influenced by teaware. Master Zhou's wife is named Chen Ju Fang (陳菊芳). She was born one year later, in 1964. They were classmates growing up, and when you ask them about growing up together and eventually falling in love, they both smile in a very sweet way. Though they say that it wasn't until they were much older that they noticed each other in a romantic way, you get the sense that there is a strong destiny flowing throughout their story - weaving through the present time as well. It's in the way they effortlessly get along, as if support and strength were second nature.

After being a carpenter for some years, Master Zhou made the decision to begin making teapots. He went to school, studying the history and lore of Yixingware as well as the chemistry and science of pottery. He was an apprentice to Yang Qing Fang, who is one of the ten grandmasters of Yixing, and eventually became his top student. In fact, it was through Master Yang that Masters Lin and Zhou met.

We could write another few articles about Master Zhou's accolades - which awards he's won and where (and how he has won them), his press, etc. - but that would betray everything that he is as a man and as a master. Though he knows more about Yixing lore and craft than anyone we've ever met, he is humble and will listen to every insight offered, even from foreign friends. He is modest about his work, as well. He has a very strict and disciplined nature, and demands much of himself as a person and as an artist. You'll know more about him if we tell you about his approach to teaware, as opposed to listing his tributes. He is a true master, in other words.

Master Zhou loves tea and he loves teapots! That can't be overstated. Even in ancient times, it was rare for someone to know so much about the entire process of Yixing production, from ore to fired pot. Most of the workers specialize in their own niche: from making molds to mining ore, refining clay to making pots. Others sell pots and understand them from a collector's viewpoint, studying the history and authenticity of antiques, for example. Master Zhou hasn't just dabbled in all these fields, he understands them in great detail. As we traveled around to ore collectors, clay refiners, mold makers, teapot makers and vendors, and both gas and wood-fired kilns, we realized that most all the masters in these fields were enthusiastic to learn from Master Zhou, often listening as raptly as we were.

We are also always mystified by how easily Master Zhou navigates the scientific, experiential, aesthetic and even spiritual aspects of Tea. He can discuss the energy of the kiln, and then, with the same bright smile, move on to discuss all the chemical reactions happening at any given time, rattling off compounds as he does so. All told, we hope you get a sense for him as a master and a person, because both are worth knowing. His love for Yixingware is very contagious.

Masters Zhou and Chen Ju Fang, Master Zhou's wife, are both members of the Chinese Industrial Art Society and Jiangsu Province Zisha Ceramics Arts and Crafts Society, where they participate in meetings and research. Master Zhou continues to hone his craft and innovate new pots that satisfy his artistic bent, while, at the same time, researching improvements in ore/clay production, teapot making and firing, in terms of tea brewing.

Master Zhou has mastered the art of inlaying gold onto pots like a starry sky, and is considered the best in that design. His starred pots are so refined. The grace and movement of the gold highlights all the subtle elegance of a traditional teapot shape, and each speck of light seems to shine from its own space. They also are all perfectly equidistant from each other, which reminds us of Indra's net - in which every jewel, at every joint, contains a reflection of all the rest.

We feel honored to share a bit about Master Zhou Qi Kun with all of you. He has been one of the great teachers of our lives. We've always had a passion for Purple-Sand teaware, and have learned tons from the amazing pots we brew with - everything from better gongfu to spiritual lessons. And there isn't any aspect of what we know about Yixing pots that hasn't been refined by Master Zhou. It's hard to write an article like this, about someone you consider a brother. Master Zhou is not a story or an article to us. He is our friend. And speaking from the heart, he is also family.

Chen Ju Fang is another of our teachers. She is a master of Yixingware in her own right. She now works at the pottery studio "Wu Xing Shan Fang (五行山坊)." She specializes in making strong and sturdy Guang Hu (光壺, Light Pots) and Zhu Hu (竹壺, Bamboo Pots). You will hear both these masters' names in the coming pages, as they are in our hearts... 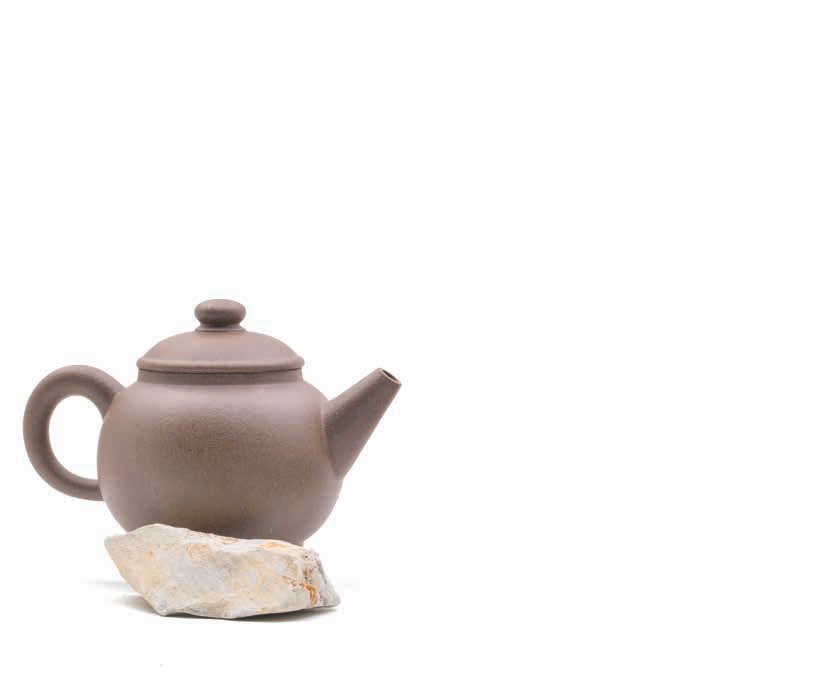 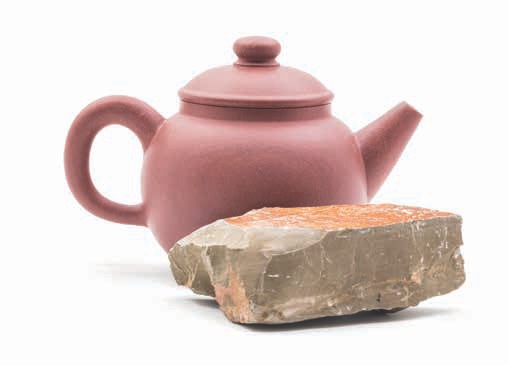