Each month, we introduce one of the Global Tea Hut members to you, in order to help you get to know more people in this growing international community. It's also to pay homage to the many manifestations that all this wonderful spirit and Tea are becoming as the Tea is drunk and becomes human. The energy of Tea fuels some great work in this world, and we are so honored to share glimpses of such beautiful people and their Tea. This month, we would like to introduce Matthew Grohne. 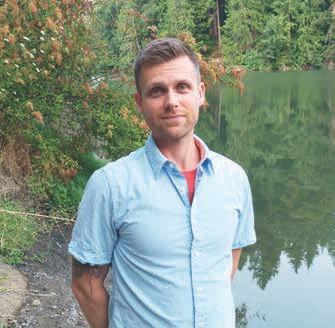 In my household growing up, I remember tea being on the table many nights. Herbal tea, that is. It was something to soothe the throat when sick or to warm the body on a cold winter night. A space in the kitchen cupboard was dedicated to a variety of tea bags, my favorite of which was peppermint. But I don't consider that the beginning of my tea journey.

Neither was it the beginning when, in my late 20s, I began to drink green, oolong and chai teas purchased from a large tea store chain. Despite some exploration, at that point tea was simply another beverage - something I drank from a mug as I did other things. The door had begun to crack open, but I had not yet walked through.

Rather, the beginning was when a friend asked me to accompany her to a tea tasting with someone she had met at a regional tea festival. I hesitated at first, not really knowing what to expect, and at that point, not being particulary excited about an evening of tea. But as we sat that evening in a small studio apartment with three visitors from the other side of the country and one charismatic tea seller, sipping tea from tiny cups and chatting about tea and life, the door swung wide open.

When something sparks my interest, it tends to catch quickly and to burn hot. That night, I walked away with some Dong Ding oolong (which I finished quickly) and some shou puerh (which I have yet to drink, perhaps out of sentimentality), as well as with the start of something that would become integral to my life. In the coming weeks and months, a few friends and I began to explore tea more deeply - spending weekends frequenting tea shops in and around Seattle, ordering teas from various online sellers and having tea sessions late into the night. It continued like this for some time - and then I discovered Global Tea Hut.

I had been a meditation practitioner for a number of years, studying Buddhism and other contemplative traditions and finding tangible benefits in putting the teachings to practice. So when I found Global Tea Hut, which integrated these two major parts of my life, it was a revelation. Tea became meditation, ceremony and a way of life. I still remember the excitement I felt upon receiving the February 2016 issue of the magazine (my second issue) and seeing that the topic was Zen and tea. As I sipped the Five Element Blend and read the articles therein, I had the distinct feeling that it felt "right."

That feeling has only intensified in these past two years, especially after traveling to China in April on the annual trip. Meeting other members of the Global Tea Hut family has truly deepened my sense of connection to this community: articles in the magazine have become the words of friends. May you all find the connection and peace of mind that tea offers, through tea or otherwise. Look me up if you're ever around Olympia, WA. I would love to share tea with you. And if you will be at the Tea Sage Hut at the end of November, I'll see you soon!