Each month, we introduce one of the Global Tea Hut members to you, in order to help you get to know more people in this growing international community. It's also to pay homage to the many manifestations that all this wonderful spirit and Tea are becoming as the Tea is drunk and becomes human. The energy of Tea fuels some great work in this world, and we are so honored to share glimpses of such beautiful people and their Tea. This month, we would like to introduce Tatyana Leonova. 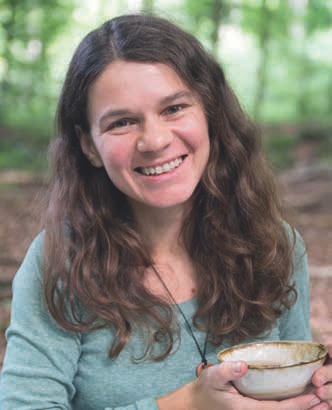 In preparation for this honor, I read almost all the TeaWayfarers in Global Tea Hut and I cried several times, so touching were the words of people - straight to the heart, as Tea always is, in any form: liquid, silence, words or the warm care of a grandmother. Here are some details of my Tea journey.

It all started in 2008 in Novosibirsk. A good friend of mine, Ivan, was sitting in my kitchen. We were drinking strawberry sencha. It was midnight, and we were chatting. After a few sips, he told me that there is another way of drinking tea - the "Chinese tea ceremony" - and he invited me to one he was hosting at his home. From the first cup, I fell in love. It was so mysterious, so touching, so deep, so silent! I got into it very quickly and became a part of the local tea community, who often gathered for silent tea sessions through our long and cold Siberian winters.

Some time later, I started a meditation practice, which also influenced my tea. I also moved from Siberia to the Netherlands to study, where people drink tea in bags. I was surprised that it was so hard to find any loose-leaf tea. I felt a bit sad and lonely without tea friends. But I had brought my teaware from Russia, and I brought some tea from Russia every time I went back.

Each summer, when I went home for the holidays, the first thing I did was drink tea with my friends there. One summer, three years ago, I found myself on a tea retreat in the Altay Mountains with Ilyas Jetbayev (also a past TeaWayfarer). It was a one-week tea retreat called "Tea Diving," in a very beautiful and wild place. I got to know Wu De's teachings there, learned of this tea tradition and of the existence of Global Tea Hut. I felt very much connected to this approach of drinking tea in a silent and meditative way - to focus on connection to yourself, others and Nature.

I came back to the Netherlands and subscribed to Global Tea Hut right away. I thought it was amazing that you could get such great tea every month delivered to your door! A few month later, I opened my envelope and saw on the last page that "Jasper Hermans is serving Tea in the Netherlands"! I was very pleasantly shocked and happy that there was somebody else here who practices tea the way I do. A few months later, I met Jasper at a public ceremony held at the Amsterdam Zen Center. A bit later, our Dutch Global Tea Hut community started to grow. Since then, we have organized many tea events together with our tea friends in the Netherlands, and I feel very grateful to be part of such a wonderful local tea community.

It was very special for me to meet Wu De in person and to listen to his teachings. They resonate very deeply with me, and some of them have become the principles I follow in my life, helping me to live more peacefully, harmoniously and, ultimately, to be a better person.

I feel grateful to the Global Tea Hut community, mostly because I have met so many great people in this hut. The Global Tea Hut Netherlands and Belgium communities have grown a lot during the last two or three years. Now, we often gather for tea together, fetch water at a spring in Belgium and regularly organize weekend Tea retreats. Last May, nine Dutch Chajin served tea at the Dutch Tea Festival, spreading the word about Global Tea Hut. We even served tea to 250 people in one day.

Tea helps me to calm down, and it works for me as an easy entrance to meditation. A good tea session has a healing effect on me. Among other things, Tea has helped me to finish my PhD thesis. Tea is definitely something that gives me energy and makes me happy, and even though it is often like a hobby for me, there are times when Tea plays a major part in my life, and I feel it is my Dao.

If any of you happen to be in the Netherlands, please stop by Eindhoven to share some tea. We hold weekly tea gatherings and are always happy to host any tea lover.